In this week’s Week in Review: Measurement remains a barrier to video investment in Europe, PlayStation files a VR advertising patent, and BT awards BT Sports ad sales to Sky Media. To receive an update on the industry’s top stories every Friday, sign up to the weekly Video Round-Up.

Measurement Still Biggest Barrier to Video Advertising Investment in Europe
Measurement is still the biggest barrier to brands and agencies investing more in video advertising in Europe, according to IAB Europe’s annual ‘Attitudes to Digital Video Advertising’ report. Fifty-two percent of agencies and 42 percent of advertisers listed lack of cross-screen measurement as a barrier to investment. Many also listed a lack of understanding of how digital video advertising affects revenues as a block on video ad spend. 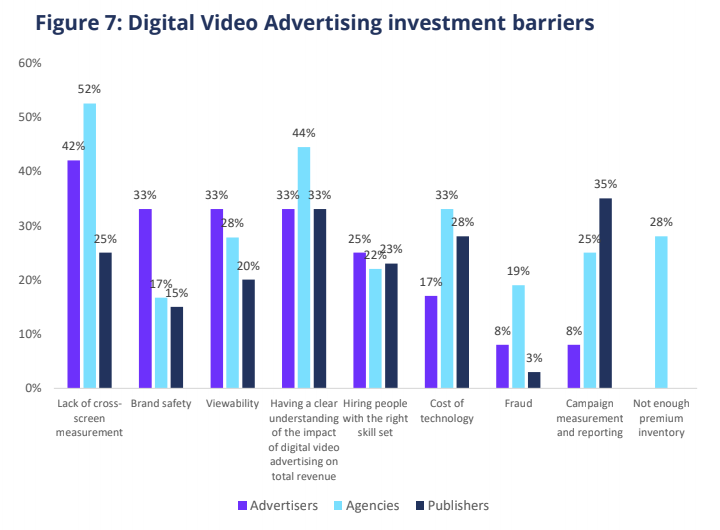 The report also found that connected TV and addressable TV advertising are seen as key areas of growth for digital video over the coming year. Fifty-four percent of advertisers and 99 percent of agencies picked out the either CTV or addressable TV as growth areas over the next 12 months.

PlayStation Files Patent for VR Advertising
Sony Interactive Entertainment has filed a new patent for its virtual reality gaming product, PlayStation VR, which suggests the company is working on integrating advertising into its VR platform. 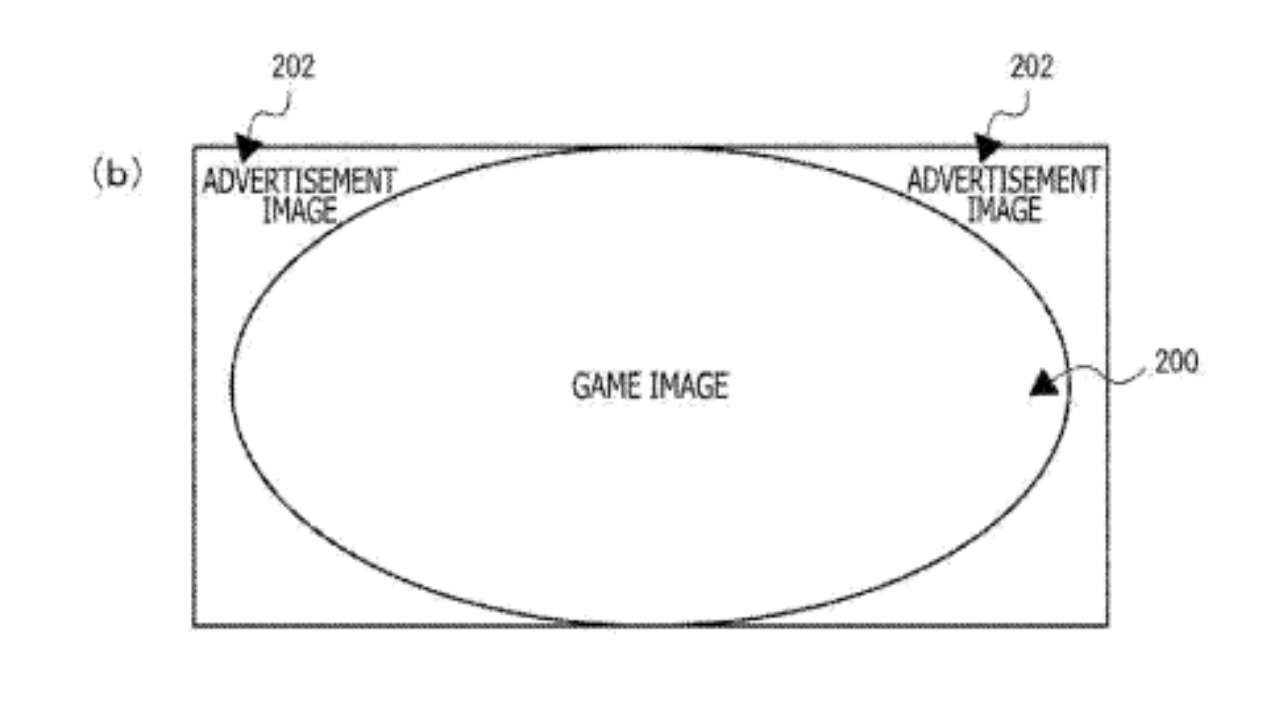 The patent shows a system where ads are displayed around the edge of the VR screen, placed specifically to ensure they don’t interfere with whatever the user is playing or watching. And the ads themselves are adapted to whatever the user is looking at. Sony gives an example where a user is watching a live concert in VR. Using the tech, different ads could be displayed depending on which performer the user is focussing on (for example, showing ads for brands who endorse that specific performer).

BT Picks Sky Media to Sell BT Sport Ads
BT has picked Sky Media, the sales arm of the UK’s other major sports broadcaster Sky, to sell ads and sponsorship for BT Sport. The deal covers all of BT Sports’ linear and digital channels in the UK. Sky Media replaces Channel 4, which has sold BT Sport’s linear inventory since 2013, and its digital inventory since 2018, when it won that contract from Google.

The deal comes during a period of increased cooperation between BT and Sky. “This new agreement between BT Sport and Sky Media is just another step forward in deepening the longstanding partnership between BT and Sky,” said Patrick Behar, chief business officer at Sky. “From rolling out our world-class entertainment on BT TV through our NOW TV service, and reaching a deal to offer both parties’ sports offerings in one place earlier this year, our relationship is going from strength to strength.”

We encourage every Californian to know their rights to internet privacy and every business to know its responsibilities. #CCPA

CMA Calls for ‘Digital Markets Unit’ to Regulate Ad-Funded Tech Giants
The UK’s Competition and Markets Authority (CMA) this week called for a new ‘Digital Markets Unit’ to be established by the government, tasked with regulating the major digital platforms funded by ad revenues like Google and Facebook. The call comes at the end of the CMA’s year long study into online platforms and digital advertising markets, which concluded that existing laws are not sufficient to protect competition in digital advertising. Read the full story on VAN.

DOJ’s Google Investigation Nears Conclusion
The US Department of Justice’s antitrust investigation into Google is nearing its end, Reuters reported this week, and could end with the DOJ filing a lawsuit within the next month or two.

Rubicon Project Rebrands to ‘Magnite’ After Telaria Merger
Rubicon Project, a supply-side platform (SSP), has rebranded to ‘Magnite’ following its merger with fellow SSP Telaria. The two completed their merger in April, having announced the deal last December, and have been trading under the Rubicon Project brand since then. Read the full story on VAN.

Throtle and InfoSum Partner Partner on Open Identity Solution
Identity specialists Throtle and InfoSum this week announced a new integration which will combine InfoSum’s identity infrastructure and Throtle’s deterministic identity graph. The two say advertisers will be able to match their first-party data with a number of identifiers without having to share any data.

5G Could Boost UK Economy by £150 Billion
5G could provide a £158 billion boost to the UK economy according to research run by WPI Economics, commissioned by Vodafone. The report says 5G will boost remote working, help revive manufacturing, and help provide remote access to public services.

YouTube TV Raises its Price
YouTube TV, Google’s over-the-top (OTT) TV service in the US, this week raised its price by $15, to $64.99 per month. YouTube TV is one of four major vMVPDs (virtual multichannel video programming distributors) in the US, the others being Sling TV, AT&T TV NOW, and Hulu + Live TV. But while these offerings have helped traditional pay TV operators hold on to subscribers (and new entrants like YouTube enter the market), they have struggled for profitability.

Mediaset Chairman Claims Partners are Betting on MediaForEurope
Mediaset’s chairman Fedele Confalonieri said that the company has seen a lot of enthusiasm from potential investors and partners for MediaForEurope, the pan-European media giant that Mediaset is trying to build. Confalonieri said that a year after Mediaset approved a merger of its Spanish and Italian units, the company itself is more confident than ever in the need for the project, according to Reuters.

Peacock Strikes Content Licensing Agreement with ViacomCBS
Peacock, NBCUniversal’s new streaming service, this week announced an agreement to license Paramount movies and TV shows from the ViacomCBS library. Series including Ray Donovan, The Affair and Charmed will be available through Peacock from July 15 and will continue to be available on ViacomCBS platforms.

Mobile SVOD Subscriptions to Reach 170 Million by 2025
The number of users subscribing to SVOD services through their mobile operators will reach 170 million by 2025, according to Digital TV Research, as telcos increasingly partner with media companies to bundle SVOD subscriptions with mobile plans.

New York Times Pulls Out of Apple News
The New York Times announced this week it is pulling out of Apple News, Apple’s news aggregation app. Meredith Kopit Levien, the NYT’s COO, said the company wants to prioritise “a direct path for sending readers back into our environments, where we control the presentation of our report, the relationships with our readers, and the nature of our business rules”.

Facebook Agrees to Audit Hate Speech Controls
Facebook this week agreed to audit its hate speech controls, in response to an ongoing advertisers boycott against the platform. Meanwhile Nick Clegg, VP of global affairs and communications at Facebook, defended the social giant on Tuesday in a blog post titled ‘Facebook Does Not Benefit from Hate’. 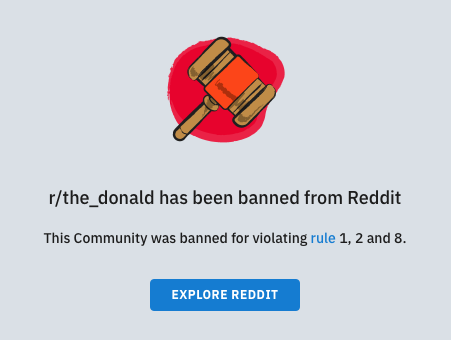 Google Claims It’s Not in the News Game for Economic Purposes
Google’s VP of News Richard Gingras put out a blog post this week claiming that the main benefit to Google of hosting news content is “not economic—it’s societal”. “The value of news to Google is about informing and educating, not economics,” said Gingras. “Nearly all of our revenue comes not from news queries, but from queries with commercial intent.”

Facebook to Prioritise Original News Reporting
Facebook said this week it is updating the way news stories are ranked within its News Feed to prioritise original reporting. Facebook says it will do this by looking at multiple stories on the same topic, and seeing which publication is most commonly cited as the primary source.

India Bans Chinese Apps Including TikTok
The Indian government has banned a number of apps with Chinese owners, including video-sharing app TikTok, following a border clash between China and India. The Indian government said the apps are “prejudicial to sovereignty and integrity of India, defence of India, security of state and public order”.

Facebook Boycott Begins as More Big Name Brands Join
Large brands continued to announce their plans to join a boycott of advertising on Facebook during July, in protest towards the social platform’s stance on tackling hate speech. Starbucks, Unilever, Adidas and Coca-Cola were among those who announced they would pause spending on Facebook.

Brands Put More Focus on Local Advertising
Consumers are looking to stay loyal and shop local as lockdown is eased, according to Nextdoor, with 63 percent of its members saying they will shop with local businesses more often. Nextdoor says both small and large brands have been focussing more on local advertising as a result.

M&C Saatchi Says April and May Results “Not As Bad As Expected”
Agency network M&C Saatchi said this week that its results for April and May don’t look to have been bad as was expected. The agency took early actions to cut costs in light of the pandemic, and also received government support through various relief programmes, which is says has softened the blow of the pandemic.

OTT Churn Rates Rise During Pandemic
OTT churn rates in Q1 this year in the US reached 41 percent according to research from Parks Associates, up from 35 percent in the same period last year. The research also found that during the COVID-19 crisis, more than two in five US broadband households have trialed an OTT service, and eight percent of households have trialed four or more services.

BBC iPlayer Achieves Record Month in May
BBC iPlayer recorded its highest ever number of streams in May, reaching 570 million streams, beating the previous record set in April. iPlayer has seen record engagement during the lockdown period, with audiences stuck inside and watching more on-demand content.

DoubleVerify Hires Mark Zagorski as CEO
DoubleVerify has picked Mark Zagorski, previously CEO of Telaria, as its new CEO. Zagorski will start on July 21st, and well help DoubleVerify’s push into connected-TV, given his CTV experience at Telaria.

How Will Mobile Advertising Adapt if MAIDs are Eliminated? read more on VAN

Why Ditching Set-Top Boxes Could Transform CTV in France, read more on VAN

Buyers Have Been Less Sceptical Towards AVOD Startups During Lockdown, read more on VAN