How Will Mobile Advertising Adapt if MAIDs are Eliminated?

How Will Mobile Advertising Adapt if MAIDs are Eliminated?

Apple announced at its Worldwide Developers Conference (WWDC) last week that apps on Apple devices will have to get explicit user consent in order to us its Identifier For Advertisers (IDFA), a device ID used for tracking and attribution.

Some believe this marks a step towards the elimination of mobile advertising IDs (MAIDs), as device manufacturers prioritise user privacy. But how will the mobile advertising ecosystem adapt if MAIDs go the same way as the third-party cookie on browsers?

This is one of those challenges where — for both consumers and advertisers — things are bound to get worse before they get better. Apple’s messaging around privacy may on the surface resonate with consumers, but in reality suspending MAIDs will mean that with less data sharing their ad and content experiences will suffer (especially in open web environments). In turn this development will favour walled gardens because they’ll be able to continue to provide a cohesive experience. On the advertiser side, killing MAIDs kills attribution. Large advertisers may be able to command ways around it (through some privacy-palatable version of data clean rooms, perhaps) but this doesn’t bode well for folks who don’t have budgets in the eight figure range.

For identity vendors there’s another interesting hint in the announcement and that’s the ‘Sign in with Apple’ bit — by making IDFA’s opt-in is Apple effectively entering the market as an identity player? Will advertisers now have to pay a hefty vig (‘platform fee’) to rent user identity from OS providers?

As with any major changes in mobile, the real winner in Western markets is somehow always Facebook. 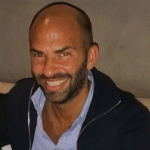 Each year, WWDC has taught us to ‘Expect the Unexpected’ and 2020’s event didn’t fail to deliver on the hype leading up to Apple’s annual developer conference on June 21st. Industry speculation was rampant and what Apple announced will prompt material change to attribution, developer growth efforts, and how in-app monetisation operates holistically.

The opt-in consent mechanism presented by Apple will serve as a change agent for developers, marketers and consumers alike. Or as the tech giant once preached “Think Different”. It will be a catalyst for developers to introduce more subscription based models for premium services and undoubtedly prompt more email authentication for ad supported apps.

Currently, it is premature to forecast what the impact will be on IDFA scarcity to trade at scale. But we will see third party monetisation platforms continue to leverage their programmatic infrastructure.

As a hedge, look for platforms to position their supply partners around contextual relevance, using advanced cataloging and meta data to provide marketers with a network effect.

The dust is still settling on the overall business impact for many in the industry, but what is clear is that Apple has turned the page on how it will govern it’s OS, changing course from rock n’ roll to more of a corporate suit.

Oh, and by the way: Android users just became far more valuable in the eyes of the programmatic community. 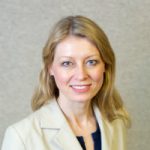 On the surface, the announcement from Apple this week looks like a move to protect users’ data, but it is actually very different from the changes it made with the browser. Although critics point out that was an easier call, given that Apple doesn’t make money from the browser whereas it takes thirty per cent of app revenues on the App Store, a large percentage of which comes from advertising.

There are several anomalies in the announcement. App developers are required to ‘self-declare’ data usage within the App Store, for example, including data collected and used by third parties such as SDKs. In comparison, Safari auto-detects javascript libraries used for tracking and blocks them by default.

It also looks as though some personal data processing will be allowed for specific purposes such as first party targeting and fraud detection. On Safari, ITP prevents ALL forms of tracking, irrespective of its scope or purpose. 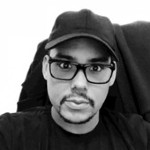 The collection of user-identifying data is contentious, for good reason, and the turn against Mobile Ad IDs is not a new one. Apple has been poised to crack down on abuse for some time, although iOS 14 is perhaps the most concrete step, as device targeting becomes an opt-in function. At Yodel, we’re staunch advocates for the consumer’s right to privacy and ability to control personal data – it’s something that we discuss with our clients constantly as the sector adapts to new regulations.

This is an opportunity for the industry, rather than a loss. Transparency will be the key takeaway, and the onus is on advertisers to educate consumers on how ID-level data can be used in their best interests. Mobile advertising should adapt regardless of whether MAIDs are eliminated – responding to consumer concern and building out contextual advertising approaches can only be a good thing. 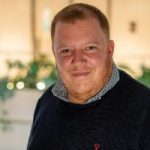 Apple keeping the IDFA but moving it to opt-in from iOS14 is indicative of how they struggle to balance their own commercial interests with user privacy. The app developer ecosystem is huge, these developers need to be incentivised to make money if Apple wants them to keep creating versions of their apps for Apple devices. Apple also needs these apps, as an Apple phone without good apps would be close to pointless and would impact hardware sales (where the bulk of their income is).

It’ll be interesting to see what impact the scale of trackable users opt-in will have. The likelihood is that users will opt-in to trustworthy and value adding apps who present the required information in an elegant and easy to understand way; flight booking engines, retailers, fitness apps etc.

The long-tail such as gaming and novelty apps will suffer. This is often where performance app marketers source cheap traffic to generate installs, without an ID this inventory has no value.

Good news is this improves the top tier of mobile apps/mobile app advertisers and removes some of the fraud ridden, data ripping-off side of the mobile app industry. Bad news is the cost-per-install will likely increase for advertisers, and a number of long-tail performance ad networks will suffer. 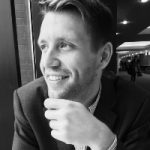 If device manufacturers deprecate mobile advertising IDs (MAIDs), the ability to reach customers, measure performance on mobile devices, or connect data based solely on the mobile ID will be impacted. This will create a ripple effect across advertisers, publishers and data providers.

It is our position, reinforced by the IDFA announcement, that the industry needs consented, people-based identity in order to evolve. Moreover, we see this as a positive step towards an evolved marketing ecosystem that increases consumer privacy and choice, and improves online advertising experiences.

Solutions already exist that mean publishers and advertisers do not have to rely on device IDs that conflict with consumer privacy rights in order to facilitate mobile in-app advertising. By instead focusing on people-based IDs, brands can reach consenting individuals – not just devices – with consistency and accuracy across channels, and also measure campaigns with precision. Our Authenticated Traffic Solution (ATS) was designed with the foresight that the future of digital marketing hinges on the availability of a durable, privacy-compliant, multi-channel solution for publishers and advertisers to commercially connect, while maintaining the respect and trust of the consumer.