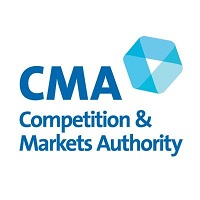 The UK’s Competition and Markets Authority (CMA) has today called for a new ‘Digital Markets Unit’ to be established by the government, tasked with regulating the major digital platforms funded by ad revenues like Google and Facebook. The call comes at the end of the CMA’s year long study into online platforms and digital advertising markets, which concluded that existing laws are not sufficient to protect competition in digital advertising.

Alongside the call for a new regulator, the existing regulators which have authority over online platforms have announced two initiatives to better coordinate their efforts. The CMA today launched a new ‘Digital Markets Taskforce’ alongside the UK’s communications regulator Ofcom and data authority the ICO, which will “build on the conclusions of the market study, as well as looking more widely across all platforms to consider the functions, processes and powers which may be needed to promote competition,” according to the CMA. The Taskforce will advise the government on how a new regulatory regime should operate.

Simultaneously, the three regulators have launched the ‘Digital Regulation Cooperation Forum’ (DRCF). The CMA, Ofcom and the ICO all have partial responsibility for overseeing digital platforms, with their powers overlapping in some areas. The DRCF aims to coordinate the individual efforts of the three regulators, to create a more coherent approach to online markets.

Will a new regulator be sufficient to correct competition imbalances?

The CMA’s chief executive Andrea Coscelli said the study showed Google and Facebook’s domination of digital advertising has had significant negative impacts on the market, and that the proposed new regulator would be well equipped to address these issue.

“Through our examination of this market, we have discovered how major online platforms like Google and Facebook operate and how they use digital advertising to fuel their business models,” she said. “What we have found is concerning – if the market power of these firms goes unchecked, people and businesses will lose out. People will carry on handing over more of their personal data than necessary, a lack of competition could mean higher prices for goods and services bought online and we could all miss out on the benefits of the next innovative digital platform. Our clear recommendation to government is that a new pro-competitive regulatory regime be established to address the concerns we have identified and regulate a sector which is central to all our lives.”

The Digital Markets Unit would certainly have significant powers, were it to be designed according to the CMA’s guidelines. Powers to order the separation of platforms where necessary, and to order Facebook to let consumers opt out of personalised advertising, would have a big impact if the new regulator were to actually use them.

But as VAN reported earlier this year, some in the industry had been hopeful that the CMA would use these powers itself, rather than recommending another regulator be established and given those powers.

Related to this is the CMA’s decision not to conduct a ‘market investigation’. Market investigation is a specific legal term for where the CMA suspects “a feature or combination of features of a market or markets in the UK prevents, restricts or distorts competition,” – i.e, in cases where a market is fundamentally broken. Some had hoped that the CMA would decide to open a market investigation at the end of its study, which would have then given it greater powers to order online platforms to fundamentally change their business practices, or sell off sections of their companies. But the CMA has decided against an investigation.

The CMA’s final recommendations may be weaker than some may have expected, given some of the proposal laid out in its interim report. But recent internal disruption at the CMA had hinted that the regulator might take a more restrained approach.

The CMA’s chairman Lord Tyrie recently announced he is stepping down from his role. Tyrie had long advocated for the CMA to be given stronger powers, telling the government last year it needed to be better equipped to tack “the twin challenges of the growth of the digital economy, and declining public confidence in market competition”. But sources including The Guardian and Sky News reported that Tyrie was effectively forced out of his role by others within the CMA who disagreed with his stance, suggesting that many within the organisation prefer a more limited role for the CMA.