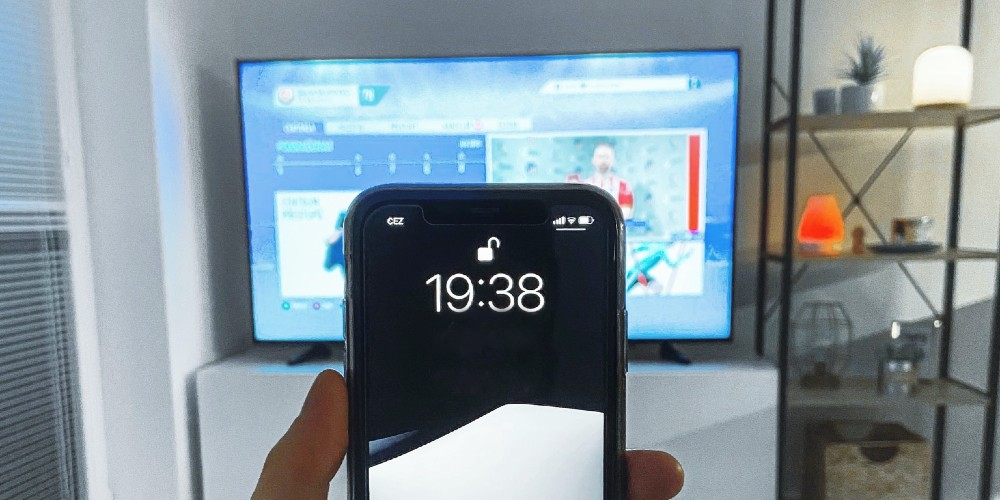 Cross-screen and cross-media measurement have been cornerstones of every industry event’s agenda for years, and for good reason. For buyers, accurately measuring how many people they’ve reached across an ever-expanding list of screens, devices, and platforms has historically been very difficult.

We have finally started to see significant progress. One of the solutions which has most excited the buy-side is CFlight, a tool created by US broadcaster NBCUniversal which measures the combined reach of linear and broadcaster video on-demand (BVOD) campaigns.

Alas despite its importance, measurement isn’t always the most exciting of topics, and you have to have been paying pretty close attention to catch CFlight’s UK landing. When ITV first announced it was joining the measurement programme in 2020, it was essentially a footnote in the broadcaster’s annual ITV Palooza event.

But it certainly has been gaining traction. Since NBCU’s sister company Sky announced back in 2019 that it would bring CFlight to the UK, ITV and Channel 4 both signed up to help develop the product, meaning their linear channels and apps are measurable through CFlight. STV, UKTV and Channel 5 are covered by CFlight too, meaning it covers over 98 percent of UK broadcaster advertising.

Earlier this year the product entered beta testing, giving a number of media agencies and brands access to the data for the first time. And while the tools available within these beta trials have been relatively limited, the early signs have been promising.

Andrew McIntosh, a media consultant who has been heading up the development of CFlight in the UK, says that the lack of noise around the project has been somewhat intentional. Cross-screen measurement has taken a long time to solve for good reason: it’s very difficult. So while it’s been years since Sky announced it would bring CFlight to the UK, there’s not been too much to report on while the product itself has been built.

“Linear TV ads are measured using panel-based measurement through BARB in the UK, whereas VOD ads are delivered by broadcaster ad servers, and are essentially census based,” said McIntosh. “There’s a lot of complexity in combining panel and census data, and CFlight uses a large number of complex algorithms to bridge the gap between the two – it’s been a big project, and it took us two years or so from instigating the project to launching our beta product”.

CFlight is already up and running in the US, but the product had to essentially be designed from scratch for the UK market. “It necessarily has to be tweaked for different territories, because each broadcast landscape is different,” said McIntosh. “In our case we took the name and the ethos from CFlight in the US, but then ran with it and made it more sophisticated and complex.”

Crucially, the UK version of CFlight will deduplicate reach, giving a much more accurate measure of total campaign reach.

External auditing has been a key part of the process too. CFlight’s data is only valuable so long as advertisers can trust it, which is particularly important given that BVOD data is drawn from broadcasters’ own ad servers.

“We’ve got ABC auditing it, and BARB will audit it as well from a slightly different perspective,” said McIntosh. “ABC will be able to see an anonymised log at the broadcaster ad server end, which shows that an ad was broadcast to an anonymised IP address. And ABC will physically test this, from different locations and different IP addresses, to show that those ads are really being served to a device.”

Once all this leg work was done and CFlight was throwing out reliable and plausible figures, CFlight was able to launch in beta back in March. Large and medium-sized agencies have had direct access to the tool, while smaller agencies and advertisers have been able to get data from broadcast partners where necessary.

This beta tool isn’t the finished product. It only measures adult audiences, without delving any deeper into demographics. But McIntosh said the beta trials were designed in part to help agencies get a feel for CFlight prior to its full launch.

And feedback from buyers who have taken part, shared anonymously with VideoWeek, has been broadly positive. In particular, the data has been useful for backing up existing data and assumptions on total reach and frequency.

“It has been valuable to finally have a view on delivered linear and BVOD reach and frequency for our clients campaigns, despite this being adults only at this stage,” said one buy-side source. “Having the data has allowed us to compare the results to the estimated reach and frequency within our proprietary tools and consequently fuel our confidence in these figures.”

“CFlight data is very useful as it gives a proof point of what we expected to be the case,” said another. “So instead of asking people to trust you that BVOD is driving incremental reach, you can now prove it.”

But while the beta trials have been useful, they’ve not really yet been revolutionary. Those VideoWeek spoke with said that the data has been too limited to really drive any changes in planning, or deliver any grand new insights.

“It’s not really changed how we buy at the moment, there are too many limitations with the audience to really radically change our buying approach,” said one buy-side source. “Once we get the different audiences in, then we would perhaps change budget deployment across media channels.”

This is all on the way when CFlight is fully rolled out. “Many campaigns are bought using ABC1 adults, or ABC1 audiences in general, and many are bought targeting 16-34s in particular, and all those things should release in Q4 this year,” said McIntosh. “And that’s what agencies are really excited for.

Once these basic capabilities are out, CFlight will continue to develop, adding in more functionality for buyers. One significant addition will be measuring audiences across different regions, using ITV’s region classifications. “The whole mindset and ethos is continual improvement, whether that’s through large changes or smaller, incremental changes,” said McIntosh.

And agencies will continue to suggest their own improvements. The introduction of trading audiences is the big one, but those VideoWeek spoke with said more granular data for BVOD providers would be very useful too, as would inclusion of new audiences and data from Sky’s Adsmart.

McIntosh said he’s listening carefully to feedback. The priority at the moment has to be getting the basic data out to agencies, and speeding up the process too – currently agencies have to wait overnight for reports to arrive. But after these basics are solved, there’ll be more room for layering in new functionality.

And as more functionality is folded in, CFlight could well have a pretty major impact on where TV budgets are spent. One key source of feedback during CFlight’s development has been the IPA’s TV Research Advisory Group, which has representatives from most of the major agencies. And Belinda Beeftink, research director at the IPA, said that once more granular audience data is available, CFlight will really get off the ground. “Agencies are hopeful that once CFlight can incorporate additional audiences and the ability to look at frequency ranges it will change the way they plan and what they buy,” she said.