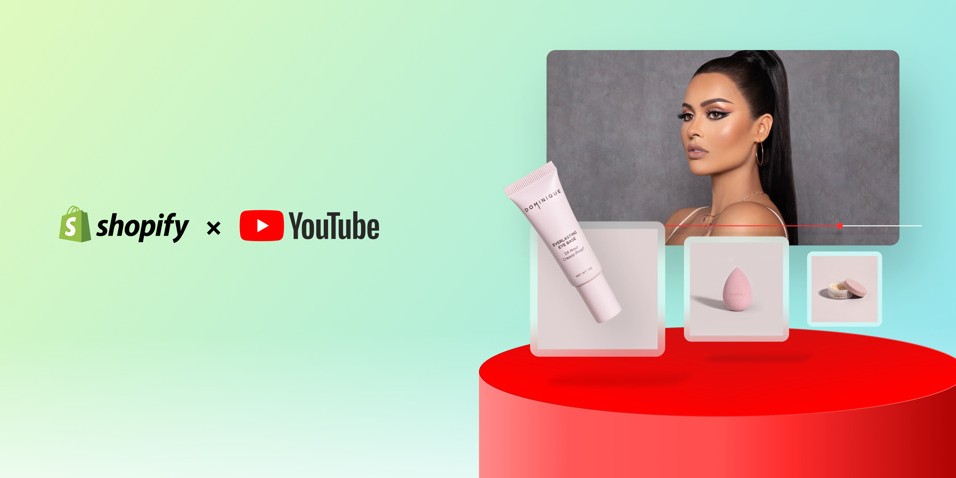 YouTube has today announced a new partnership with ecommerce company Shopify to launch YouTube Shopping. YouTube Shopping will allow all merchants who are signed up with Shopify to sell their products on YouTube through live streams, videos, and a store tab.

Shopify essentially allows merchants to create a storefront which can then be run as a standalone site, and can also be embedded into partnered platforms – with these integrations generally tailored to each platform in terms of how products are displayed. Product purchases can then be completed within those platforms, with Shopify handling the transaction logistics.

On YouTube, creators who run live streams will be able to ‘pin’ products which are featured in the stream, which will essentially pin a small ad for that product to the top of the live chat. For on-demand content, products can be featured in a ‘product shelf’ which will appear beneath the video. And Shopify merchants can also add a store tab to their YouTube profiles where they can list their wares.

For all these integrations, customers can complete purchases on YouTube, while any live content will continue to be played via a picture-in-picture format.

This isn’t YouTube’s first investment in commerce – and in fact, commerce has always played a major role on the platform. After all, selling merchandise is one of the primary ways content creators make money outside of ad revenues and sponsorships. Over the years, YouTube has been smoothing out this process, building tools to make it easier for creators to showcase products alongside their videos.

But a recent focus has been investing in shoppable live streams – essentially teleshopping channels reimagined for the digital era. Last year YouTube ran a pilot scheme where creators could sell products directly from their live streams. YouTube isn’t the only company to see potential here – Twitter, TikTok, and Pinterest are among those who have launched similar capabilities in the past year or so.

This Shopify partnership shows that YouTube is still committed to ‘shoppertainment’. And by partnering with Shopfiy, which already has a wide userbase of registered sellers, it will lower the barriers for new sellers to test YouTube’s commerce credentials.

“For years, creators have built businesses around their YouTube content, often extending their entrepreneurship into building their own brands, but it hasn’t been as seamless to reach their audience with these products directly on YouTube,” says David Katz, VP of Shopping Product at YouTube. “We’re excited to partner with Shopify to help creators easily bring their stores front and centre for their communities on YouTube, who are increasingly turning to them to shop.”

Paul Rogers, Managing Director at Ecommerce Consultancy Vervaunt adds: “The level of adoption in other countries shows there is a huge interest from consumers in shopping video content, which in my opinion makes Live Shopping and Social Commerce in general a very promising new channel for ecommerce. Live Shopping connects merchants to consumers in a novel way and helps foster a relationship. We’re looking forward to seeing how UK merchants will use this new opportunity for their future success.”

The shoppertainment boom came in for scrutiny a few weeks back, as reports emerged that TikTok had halted a planned expansion of its own commerce tools outside of the UK (a report which TikTok denied).

For YouTube at least, the belief is clearly still there that user-generated content and commerce are a potent combination.