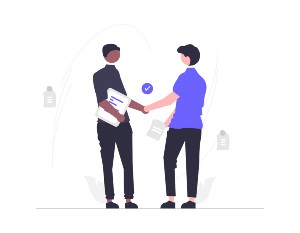 It seems that barely a week goes by without some big M&A news in media and advertising. But after the press release goes out and the celebratory LinkedIn posts are made, what goes on behind closed doors at the companies?

For those working at a company that then gets acquired, the transition period can be a stressful time. One of the most challenging aspects can be a clash of company cultures.

VideoWeek spoke to one person who had been in a C-level role at an ad-tech company which was then acquired. The person wished to remain anonymous.

“The acquired company sort of remains alongside the acquirer for a period of time, and then you get cut over and formally become part of that company. That involves integrating the systems processes, job titles, email addresses, and other general governance. So at this point, people have decisions to make,” said the source.

“The first decision has to be about company culture. The situation is often that a large, faceless corporate company buys a cool, funky start-up. That start-up may have agile and flexible processes where autonomy inspires creativity. And the corporation may not have any of those things,” he added.

Volker Ballueder is a sales, strategy and leadership consultant who has been part of several companies that have then been acquired. Ballueder said he experienced a major culture clash when he was at a European TV business that was then acquired.

“What happens a lot from a European perspective is that it will often be an American company buying a European business. In this case, it was a new media company buying an old fashioned TV business. So online business meets offline business,” Ballueder said, “It worked out alright for me because I understood both sides, but for a lot of people it was a complete culture clash so they didn’t understand what was expected.”

How and why a company is acquired matters

Often it’s the price that a company is acquired for that will make headline news, but the acquiring company’s motivation for making the acquisition often determines how successful it will be.

The same C-level source quoted above said, “Are you going to be core to the business or is it going to be adjacent to the business? That’s critical. So we’ll just create a random example of Facebook acquiring a virtual reality company maybe eight years ago. This would be a challenging situation to be in, because you’re not part of the core business. So it’s difficult to get the benefits of being acquired.”

He added that the position and influence of the person in the acquiring company overseeing the purchase mattered more than some might think.

“The person who sponsors the acquisitions matters. Because if you’ve been acquired by an individual who is C-level, but not the CEO, the strength of their position in their company will affect you. How do you fit into the wider strategy of the business?,” he said.

For staff at the company being acquired, the objective of the company buying you out can have a material impact on their future at the combined companies, says Volker Ballueder.

“It depends why the company is making the acquisition. If you’re buying a company for the tech then you don’t necessarily need all of the people. Whereas if you acquire for the footprint, then perhaps you do need to keep more people on,” he said.

The people that VideoWeek spoke to accepted that cuts were almost inevitable in an acquisition.

When a company acquires another, it’s inevitable that some people will find themselves in roles that are duplicated across both organisations. For example, two HR departments, two marketing teams etc. Almost inevitably, this means redundancies are necessary. However, in terms of retaining the personnel in the newly acquired company, the acquirer has to be strategic, said one of the people VideoWeek spoke to.

“You need the go-to-market people, the technology people, and the leadership, because they’re the ones who understand how to run the business. The others are generally fairly transferable,” he said.

But another source VideoWeek spoke to said that, in his experience, the company doing the acquiring lacked a plan around employees.

“The acquiring company had no real plan about what to do with the employees they gained. The attitude to onboarding staff lacked any strategy whatsoever,” the source said.

He added that, in his case, even the leadership weren’t really valued by the acquiring company.

“The acquiring company squandered the senior talent they had gained and lost it as a result. Executives were given middle-management type jobs. The acquiring company might have bought the company but they ended up losing the talent that came with it. Senior people went elsewhere when not recognised,” the source said.

Volker Ballueder says that, having been through several acquisitions, he came to accept that there were going to be job cuts and that it wasn’t personal. This can be more difficult for others, he says, and companies ought to provide more support.

“When you are made redundant there’s lots of support in terms of legal, but not much long-term support for your mental health. People can take redundancies very personally, but you learn over time it’s not so much about you, it’s about the company,” he said.