Can LinkedIn Work as an Influencer Platform?

Can LinkedIn Work as an Influencer Platform? 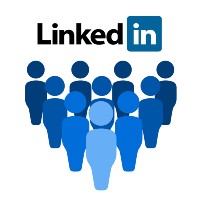 LinkedIn, the social networking platform for work, is looking to get a slice of the creator pie. Although content creators are more associated with socials like Instagram and TikTok, LinkedIn have been looking to position themselves as a home for content creators.

So far, this has included the launch of a “creator mode” for LinkedIn users in March of this year, and the platform has also announced a $25 million creator fund, which will finance a “creator accelerator program”.

On other platforms, the words “content creator” and “influencer” are used almost interchangeably. However, on LinkedIn business leaders and professionals may want to distance themselves from the term “influencer”, says Joe Binder, founder and CEO of WOAW, a company that helps build personal brands for founders and CEOs.

“Influencer has almost become a dirty word within social media. Because often people have heard the term ‘influencer’ through influencer scandals,” said Joe Binder, “That word has been tarnished with relation to building a career on social media.  I think the distinction can be made very simply by putting the word business in front of it. “Business influencer” has an entirely different meaning.”

However, Binder says that just because people with large followings on LinkedIn do not necessarily embrace the term “influencer”, it does not mean that they’re not influencing people.

“What I would say is that the concept of influencing is still very much alive. That happens in a bunch of ways. Our clients share their knowledge and learnings from decades in business. That influences people’s mindset on building a business, it changes how they perceive the road ahead for them. But then also if a respected business influencer shows me, for example, a cool piece of tech that they use, I’m more likely to go and buy one,” Binder said.

Tom Fairey is CEO and founder of Stakester, a company in the esports space. He is also a client of WOAW, and has over 8,000 followers on his LinkedIn.

“I categorise influencers as being like Love Island contestants, so I don’t see myself as an influencer,” Fairey said, “But I have some influence on some people. I am very proud that there are nine people who have told me that they have gone and started businesses off the back of my posts.”

If you’ve ever scrolled through LinkedIn, you’ll likely have noticed that a significant number of posts are not from people who you are connected to. Instead, posts from other, unknown people will appear, most likely because someone you are connected with or follow has interacted with that content.

Mark Williams, aka “Mr LinkedIn”, is a LinkedIn coach and podcaster. He says this feature of LinkedIn’s main feed means that people can see their posts blow up seemingly out of the blue.

“On my podcast, I have this feature called post of the week. And each week, we feature a post that’s done really well and look at why it’s done well,” Williams said, “It’s quite interesting because you quite often just get random people who hardly ever post and have never, ever had success with any post, and they post something which goes viral out of the blue.”

Often these posts will be someone with an incredible story (think, I held a door for someone on the way to my interview and they turned out to be the CEO). But under LinkedIn’s new drive to promote creators, will people be able to make money off these sorts of out of blue viral posts?

The answer is, most likely, no. LinkedIn’s initial toe-dip into the world of creator content will see 100 creators paid $15,000. You have to apply to the programme, and, of course, 100 creators represents a tiny fraction of people who use LinkedIn regularly.

Even as LinkedIn expands their foray into encouraging creators, Mark Williams believes it will only be the top one percent who see any impact from the platform’s investment.

“I think people who have a really strong following and consistently high engagement will have the potential to make some revenue from their content,” he said” But the vast majority of people who make money on LinkedIn will continue to do that indirectly because of the raised profile they get from their content.”

Tom Fairey is an example of someone who has seen material benefits from his use of LinkedIn. He raised $1.3 million in funding for Stakester off the back of a LinkedIn post.

“Since I’ve started promoting myself and my business on LinkedIn, I have hired better people, raised more money, exponentially grown my podcast and I’ve been given a book deal,” Fairey said, “All these things have happened because of increasing my presence on LinkedIn.”

But how exactly does one build that influence on LinkedIn? And what is appropriate to share on a professional platform?

But there is no set formula, as WOAW’s CEO Joe Binder says.

“Your strategy starts with why you’re on the platform, and what you want to achieve. And then it goes to who you are talking to,” he said. “Once you figure out those things, you can determine things like how personal you want to get. Because essentially, you’re building a virtual version of yourself.”

Some argue that LinkedIn should be a solely work-focused platform, and that personal posts should be avoided. But the line between people’s work lives and personal lives is often blurred.

“It’s a tired argument really and it’s been going on for years. The LinkedIn police appear from time to time on posts and say “this post shouldn’t be here, keep it on Facebook” and that kind of thing,” said Mark Williams.

LinkedIn is looking at more tools to allow users to connect with others. Last year, it experimented with stories, before scrapping them again in September 2021.

Some are sceptical about how useful LinkedIn’s tools will be. “I think audio has great potential on LinkedIn. But with new features, I’m a bit sceptical, because virtually every time LinkedIn tries to do something new they make a massive hash of it,” said Mark Williams. “ LinkedIn stories didn’t last very long. It’s been around everywhere else for so long. It shouldn’t have been difficult to just copy it. But they decided to do it their own LinkedIn way and made a total hash of it.”