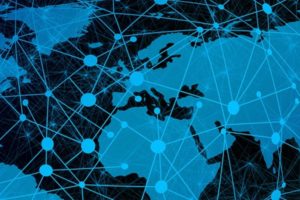 For decades, public service broadcasters (PSBs) in Europe played a major role in the media and news landscape of most countries, aided partly by the fact that most are protected with laws and regulations. But with many people turning to the internet and social media to get their news fix, some PSBs have struggled to maintain relevance and drive traffic.

PSBs work together via an alliance organisation, the European Broadcasting Union (EBU), which has 115 members in 56 countries. Although the EBU is perhaps best known for producing the Eurovision Song Contest, its primary aim is to work for public service media through the exchanges of a wide-range of content from news to sport and music as well as advocacy and promoting cooperation.

The ‘Eurovision News Exchange’ is a service operated by the EBU that allows member organisations access to each other’s edited and live news content. The service functions a bit like a newswire, but solely for EBU members, and it allows them to access every day 100-150 edited items including user-generated content and 17 hours of live coverage.

The news exchange service has been running for sixty years, but the EBU felt it was time for the service to expand into something new in order to adapt to the age of internet media.

Justyna Kurczabinska until recently Head of Eurovision News Exchange, now in charge of News Strategy and Development explained how the  “A European Perspective” project was a natural extension of existing relationships. “Although the Eurovision News Exchange has different elements, it is mainly focused on exchanging broadcast material,” she said, “So in 2020 we got together and asked, what can we do together in the online space?”.

Fighting to Stay Relevant Through Cooperation

The result was ‘A European Perspective’, a new collaborative news service that enables audiences to access content from other countries through a curated online feed. Think Taboola or Outbrain, but all of the links and content come from European PSBs.

Ten EBU public service media organisations have signed up to be a part of the service, which allows them to select and publish each other’s content on a designated scroll bar on their website.

Audiences viewing the scroll bar can click on their chosen stories, which will then appear in a pop-up window with an accompanying link to the original site.

AI is Helping to Break Down Linguistic Barriers

The content from each PSB is translated into different languages by AI, ready to be published on each other’s sites. Editors at each media organisation can either choose which articles are most relevant to their audience manually or allow pieces to be served up automatically by the EBU’s recommendation technology.

Kurczabinska says that although the new initiative had been started at the outset of the coronavirus outbreak in Europe, the pandemic provided additional evidence of the importance of international perspectives in the news.

“I think there is now an understanding of the need to share stories across borders. Whether it’s on diversity, or COVID, or climate change, that cross-European perspective is very useful,” she said.

The scheme has been launched very recently, Justyna Kurczabinska expressed hope that it would keep developing in other ways.

“One of the things that would be interesting and useful is to see what articles people click on in different regions, and to be able to get a picture of what Europe is interested in through that data,” Kurczabinska said.

One of the biggest selling points of ‘A European Perspective’ is the ability to easily translate content from other languages. However, tech companies like Google and Facebook often have inbuilt translation abilities. For example, if you were to visit a French language news site on Google Chrome, with your browser set to English, then Google would automatically offer you the option to translate.

However, these translations are done automatically with AI technology and no human oversight.

Although ‘A European Perspective’ uses AI to translate content, there is human oversight and editorial responsibility involved. Justyna Kurczabinska points out that publishers have no control over these translations on third-party platforms, something which could lead to inaccuracies.

“Even though we have similar tools to these tech giants, unlike them we can say to the audience that the publisher takes responsibility for the translated content. Because there is an editorial process in place,” Kurczabinska said.

It is hoped that this initiative will provide a more trusted site of news than the big tech platforms. Kurczabinska acknowledges that it is not just other publishers that PSBs are competing with, but also big tech giants like Google and Facebook.

Social media feeds often act as a news aggregator. In 2019, research found that half of UK adults got their news from social media. Social media is often a low-profit enterprise for publishers, with audiences only reading headlines and not clicking on links.

One advantage of ‘A European Perspective’ is that it provides an aggregation of news from different sources without audiences having to leave the publisher’s site.

The initiative is still in its infancy and is hoping to expand onto social platforms. Justyna Kurczabinka notes that one of the challenges that lie ahead is deciding how to attract younger audiences who frequent social media the most.

“Younger audiences enjoy engaging with news content, so we need to work on developing features that allow people to comment or interact in some other way,” she said.

Public service broadcasters are used to being ensured prominence on traditional media; however, it is a different story on digital platforms.

Justyna Kurczabina says that the fight for prominence continues to be one of the EBU’s primary focuses.

“One of the most important points on the agenda of the EBU is the fight for prominence. This is really crucial for public service media, because even if we have great content, if the big platforms, who are monetising it themselves, do not give our content enough prominence or make it discoverable by our audiences, then there’s little point in having great content,”  she said.