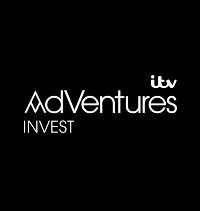 In the past couple of years we’ve seen something of a revival in the UK of ‘media for equity’ deals, where media companies give early stage companies advertising inventory in exchange for a stake in their business. UKTV launched a media for equity fund, UKTV Ventures, in 2018. And Channel 4’s investment arm Channel 4 Ventures has clocked up a number of notable deals in recent years, including investments in vegan food business Meatless Farms Co and life insurance startup DeadHappy.

Now ITV is getting in on the act with ITV AdVentures Invest, a dedicated media for equity fund launched last month. Through the new unit, ITV will invest over £1 million worth of ad inventory in digital-first businesses which it believes would benefit strongly from TV advertising. The broadcaster announced its first investment, in mapping and location startup what3words, shortly after launching.

In some ways, the timing might seem strange. With broadcasters still engineering their recoveries after the financial impact of the pandemic, making long-term investments which forgo a chunk of ad revenues in the short-term might seem counterintuitive.

But Niko Waesche, the seasoned media investor and venture capitalist brought in to manage the AdVentures Invest fund, says the timing makes sense for ITV.

“Firstly I think it’s becoming increasingly apparent for direct-to-consumer companies that they cannot rely on digital platforms alone for their advertising,” said Waescehe. “It’s increasingly difficult and expensive for brands to differentiate themselves on digital platforms. So it’s not enough to only use Google, Facebook and others like them, you need to have a media mix, which includes television.”

As such, Waesche says there are a number of young companies looking to move into TV which can benefit from the mix of inventory, guided media planning and campaign support which media for equity deals provide.

And Waesche says that offering media for equity (as opposed to just looking to sell inventory to these digital natives) lets ITV capitalise on the high-growth potential for these businesses.

“We saw during the pandemic that digital-first companies and direct-to-consumer companies are becoming such an integrated part of the economy,”he said. “The future FTSE 100 will be composed of many companies that we don’t even know the names of today. So I think being a part of the development of that future, and sharing in that value creation, is a fantastic opportunity for ITV.”

And while there is an element of ITV forgoing immediate ad revenues through these deals, Waesche said that they’re small enough so as to not hurt the company’s bottom line.

“We are investing substantially in these startups, and we’re looking to make around three to five investments of at least £1 million, up to £5 million, every year,” he said. “But while those are substantial investments, it’s still small compared to ITV’s overall ad revenues. So our commercial colleagues are completely supportive of the whole thing!”

With the deal for what3words wrapped up, AdVentures Invest will continue looking for other potential candidates.

The fund will be targeting VC-funded startups with mass-market target groups, since these sorts of companies are most likely to benefit from TV advertising.

“One of the things that attracted us to what3words is that they have a very broad target audience,” said Waesche. “Essentially their goal is to have their app installed on everyone’s phone. That works really well for ITV – we have a massive reach of over 40 million per week in the UK. So companies with broad target markets will benefit the most.”

ITV will primarily be looking at ‘digital-first’ companies, since these are most likely to fit ITV’s target of venture capital -funded businesses with quick growth potential. “But that doesn’t mean that we couldn’t invest if there was something like a new food brand with a very good ecological impact, even though it’s not necessarily a digital first company,” siad Waesche. “The venture capital financing and the quick path to growth are the most important aspects.”

Interestingly, ITV won’t be looking for companies which have any kind of synergy with its own business.

“We’re looking to invest in companies that are very different from us,” said Waesche. “We’re looking at these as financial investments, and we don’t want to come with a lot of strategic baggage. That might sound contradictory, but the else strategic we are, the more we’ll be accepted by other VCs. They can see that we’re just investing media, and they’re not left wondering whether we’ve got any other strategic objectives.”

After ITV has identified a target, the broadcaster will also review its own media and look at potential media packages which it could offer the startup. “Even before we’ve invested, our creative strategists, media planners and commercial pricing experts work with the company to understand whether it’s a good fit between the startup and our media portfolio,” said Waesche.

This means that if ITV does invest in a business, a custom media plan which spans across ITV’s inventory sources has already been created. Once the investment is completed, the startup can either work with their agency to book the media while the campaign is up and running, or ITV can provide an operations team to do the same thing.

These custom media plans aren’t set in stone. The startups can adjust their campaigns while they’re running in order to refine them, to try to get the best results possible.

Waesche said there might be opportunities for more smaller media companies in the UK to strike similar sorts of deals, through grouping together to offer greater scale.

“For us at ITV, we have such a broad reach that we don’t need to work with other broadcasters to bring in more media,” said Weasche. “But I think it would definitely be interesting in the UK to see a fund which bundles together medium-side media groups, and helps them strike media for equity deals.”