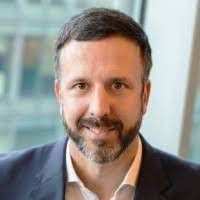 VideoWeek spoke to Mathieu Roche, co-founder and CEO of ID5 about the company’s intentions for the money and their plans going forward. Roche also discussed what the industry needs to do to meet the challenges of the degradation of third-party cookies and about the line between Google and the rest of the industry.

What do you plan to do with the money you raised?

So we really raised the money to accelerate our development. We have been profitable for a year now. It’s not a kind of a race to fund a loss making operation, it’s a race to accelerate across the board.

We have a very small team, with only around a dozen employees or so. We’re getting to a point where the stakes are much higher, and so we need to be able to staff our team. We have big recruitment plans, and are planning to basically double the team this year to be able to support our growth.

We’re also planning to invest in our infrastructure. We provide ID solutions that power digital advertising and ad tech businesses. So we’re the pipes that sit behind the DSPs and SSPs, and the people who make digital advertising work. So investing in our infrastructure, investing in a new data centre, and in the US investing in more data protection and storage capability,all of those things are very important for us. To us, the team and product are really the two biggest focus areas.

At the moment, we’re seeing a lot of contending ID solutions entering the market, do you think there’s enough space in the market for all these solutions?

There’s a lot of companies who are offering a solution to replace third-party cookies, but most of them are doing that for their own benefit. Because their business is based on cookies, and so they need something else. But if you look at the options out there, only a handful really have a universal and truly neutral ambition. ID5 being one of that group.

When you think about what we’re trying to build, which is basically a common currency for digital advertising, that neutrality, that independence is really critical to adoption. So it looks like there’s a lot of options, but really there’s only a handful of options that have a chance to scale and to become a neutral currency for the industry to work with. And ID5 is one of them.

I don’t think we’ll be the only one, I think there will be several options. There are players that even though they’re not neutral, have a neutral enough position or an important enough position in the marketplace that they have a role to play going forward. But I definitely think that the future will not be 30 or so ID solutions, it will be a handful.

How well do you think agencies, advertisers, and publishers understand the differences between different identity solutions. ID5 is very different from a company like InfoSum, for example – but do you think many different companies are just lumped together as ‘identity companies’?

I think from 30,000 feet, it all looks like the same thing. And it’s not necessarily a bad thing, first because as a brand, as an agency, you want to be able to deliver use cases. I think the data cleanroom and first-party DMP-as-identity solutions are very different, they approach the problems of addressability with very different angles.

I think if you narrow down those use cases to targeting, then they can be comparable. But there are two other very important applications which are frequency capping, and measurement.

It’s really targeting, frequency capping and measurement. Those are the pillars of digital advertising. That’s what makes advertising interesting for brands, they can optimise the delivery of their message, they can make sure to reach their audience and they can measure the ROI of their actions. Those are really the three main things. Out of the user ID solutions out there, ID5 is really the only one that can address everything.

We’ve got less than a year until Google ends support for third-party cookies. What steps do you think the industry as a whole still needs to take to be ready for that deadline?

It’s a transition. It’s not going to happen in a day. And it’s impossible to be cookieless-ready on your own. We’re talking about currency, we’re talking about ways to transact with each other to share data and to measure performance across different platforms. So that collective effort is really critical. It has to be a collective migration.

One company being cookieless can’t do anything on their own, because they’re buying from someone or they’re selling to someone. We need a collective effort, collective transition, and collective adoption.

The thing that the entire industry has to do is start working on this yesterday. The longer we wait for other people to move forward, the more time we’re losing for that necessary transition to happen.

Google Chrome is going to abandon third-party cookies, it is definitely going to happen. Google have said they’re building an alternative and getting ready for the change. So if we’re not ready, shame on us. They will be ready and we need to be too. It’s a collective effort to get ready. The sooner we start getting ready as a collective, the better.

FLoC has been held up as Google’s solution to the deprecation of third-party cookies. What did you make of their announcement last month, and to the recent news that they’ve suspended testing in Europe?

I think the announcement last month is interesting, because it really draws a clear line between Google on one end and the industry on the other end. ID5 are receiving funding with the support of key industry stakeholders, this really puts us forward as an industry-backed solution.

Whereas what Google is saying, is that cohorts are the way forward. This is a very clear path that Google wants to take us down. And the industry wants to go down a different path.I think it makes the battle lines between Google and the industry much clearer.

If you read between the lines of Google’s statement, what they are saying is that first-party data is important, but you guys shouldn’t work together too much. They’re effectively telling the industry not to build up alternatives to their own infrastructure of walled gardens. They don’t care if the New York Times on its own, or the Daily Mail on its own use first-party data, because this scale is so much smaller, that it’s not a competition for them, but they’re afraid of his publisher alliances.

In their announcement, they’re saying you shouldn’t use IDs, but you can use first-party data. Which is basically them saying you can’t do much yourselves, but you can still leverage the biggest data vacuum ever built, i.e the Google media properties. Google wants to prevent publishers and brands having an addressable relationship with each other outside of their own walls.

What’s funny is that they call this the privacy sandbox. It’s actually the opposite of privacy. It turns personal data into group-level data so it’s basically stripping users from the protection of the law. Google is not confident enough that FLoCs are up to the standards of the privacy regulations in Europe to even be able to issue a simple beta testing programme, which I think speaks for itself and clearly emphasises the lack of concern that Google as a company has for privacy. Despite everything they say, and despite the scapegoating of third-party cookies as a privacy danger, the real privacy danger is what Google does with your data.

What do you make of investigations in the UK and elsewhere around Google’s Sandbox and the deprecation of third-party cookies on antitrust grounds?

I’m not an antitrust lawyer, but what I will say is they are a dominant player in the browser space and they are changing the game for their benefit. If this is not an antitrust case I don’t know what is. They control access to 65 percent of the population globally through their browser and they unilaterally decide to change the rules of the game, and it just happens to be in the best interest of their media properties.