A Guide to the Media and Ad Tech SPACs

A Guide to the Media and Ad Tech SPACs 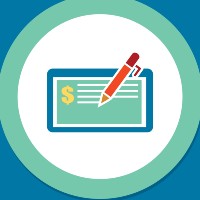 After a number of years in the wilderness, ad tech is quickly becoming hot property on the stock market.

A combination of cheap capital and renewed confidence in the tech sector has seen a number of ad tech and media companies cash in and go public. DoubleVerify, Viant, PubMatic, AppLovin and Sprinklr have all either filed for or completed an IPO within the last year.

And the recent popularity of SPACs (special purpose acquisition companies) offers an even quicker path for ad tech companies to go public. SPACs raise money via an IPO, and then use that money to help fund mergers with privately held businesses, taking those companies public (while cutting out some of the regulatory hurdles).

A couple of ad tech companies have already announced their plans to go public via a SPAC, and there are a number of SPACs on the market who are still sniffing around the ad tech and media sector for opportunities. Here’s a guide to the media and ad-tech focused SPACs.

ION Acquisition Corp 1, which raised $258.75 million in its IPO in October last year, set out to acquire Israeli tech, and found its target in Israeli recommendation engine Taboola.

The two announced their plans to merge in January this year, in a deal which values Taboola at $2.6 billion (though this deal is yet to close).

ION’s leadership team has a lot of experience in the tech sector, though not specifically ad tech. CEO Gilad Shany has spent his career with venture capital firms Baron Capital and Magma Venture Partners, investing in companies including Tesla, Mobileye and Mellanox.

“We were looking to merge with a global technology leader with Israeli DNA and we found that in Taboola,” said Shany. “The combination of long-term partnerships built by the company with thousands of open web digital properties, their direct access to advertisers, massive global reach and proven AI technology, allows Taboola to provide significant value to their partners while also achieving attractive unit economics as the company grows.”

Shany and his team could look to invest in ad tech further with their second SPAC, ION Acquisition Corp 2, which completed a $253 million IPO in February. Through this second SPAC, ION is once again specifically targeting Israeli tech companies.

Thoma Bravo invests heavily in software and tech, though not the ad tech space specifically. Nonetheless Thoma Bravo Advantage CEO Robert (Tre) Sayle said Thoma Bravo’s experience in the software sector generally would serve ironSource well. “We are thrilled to be partnering with ironSource as it enters the public markets and to be able to provide Thoma Bravo’s deep software expertise and financial support to the company as it continues its growth journey,” he said.

Thoma Bravo has not yet launched a second SPAC, though CEO Orlando Bravo has suggested it’s likely to do so. “What these public equity vehicles provided us is the ability to target companies that our private equity business is not targeting,” said Bravo, who will join ironSource’s board.

If Thoma Bravo does launch a second SPAC, ad tech could once again be an area of interest.

Virtuoso is specifically targeting media businesses in the digital marketing, digital platforms, subscription, and ad tech sectors. The founders say they’re looking for businesses worth between $650 million to $1.5 billion.

Warshaw and Driscoll, who serve as CEO and CFO of Virtuoso, specialise in radio. But that’s not to say they’re looking exclusively at audio ad tech. Connoisseur Media contains a separate digital advertising arm called Ferocious Media, which runs campaigns across search, social, programmatic display and CTV. And the two say they’re keeping their options open in the types of companies they’ll look to merge with.

The company is led by two co-CEOs. The first is Kevin Mayer, the man who took charge of building Disney+, and had a brief stint as US CEO of TikTok, before landing in his current position as chairman of sports streaming specialist DAZN. The second is Tom Staggs, former CFO and COO of Disney.

Forest Road Acquisition Corp II, which raised $350,000 in its IPO earlier this month, is targeting businesses operating in the technology, media, telecommunications, and consumer space. There aren’t yet any rumoured targets for the company, though the joint expertise of Mayer and Staggs in the ad-supported and subscription-supported video space would make digital media or video ad tech a strong possibility.

Progress Acquisition, founded last year, raised $150 million in its IPO back in February. The company says it is specifically looking for acquisition targets in media, entertainment, and technology, with an emphasis on businesses within the digital ecosystem.

Progress Acquisition’s leadership is rounded out by Richard Gallagher and David Arslanian, who both work for investment bank Progress Partners. Progress Partners has significant experience in ad tech, having advised on mergers and acquisitions involving Rubicon Project, Telaria, Verve, and Zeta Global.

This collective experience across TV and ad tech could make video ad tech an attractive prospect for Progress Acquisition.

Digital media business Group Nine, which owns digital media brands Thrillist, NowThis, The Dodo, Seeker, and POPSUGAR, is seeking to go public itself via an IPO later this year.

But Group Nine’s leadership says they believe there is a strong case for consolidation in the digital media space, and are setting up a separate SPAC, Group Nine Acquisition Corp (GNAC), to help drive this.

The SPAC completed its IPO in January, raising $230,000. And GNAC says it will now look to carry out mergers, asset acquisitions, stock purchases, or reorganisations of one or more businesses in the digital media space.