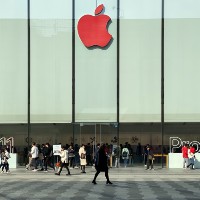 With Apple placing new restrictions on its Identifier for Advertisers (IDFA) later this year, mobile publishers and ad tech companies have been search for workarounds. One such solution backed by China Advertising Association, called CAID, would effectively allow companies to continue tracking users as they currently can with IDFA, but without having to ask for explicit permission.

This could lead to effectively a face off between Apple and the Chinese government says Ian Whittaker, managing director and owner of Liberty Sky Advisors. In this piece, Whittaker argues that Facebook, which has fought hard against IDFA, could end up winning out if Apple decides to back down.

The news that China’s tech companies including ByteDance and Tencent are testing a tool to bypass Apple’s new privacy rules and which will allow them to continue to track iPhone users without their consent should raise a number of questions regarding the direction of the privacy debate and the internet in general.

The fact this initiative is being backed by the state-backed China Advertising Association should increase the urgency of those questions, as should the fact that at least one foreign company (according to the Financial Times) has been encouraged to apply to use it, as well as several foreign advertising companies for their Chinese divisions. What happens next may fundamentally impact the long-term development of privacy trends globally, and not just in China.

The first thing to point out is that, if this solution to get round IDFA is being backed by (effectively) the Chinese state, as suggested, it is hard to see how Apple will block this given it would be seen as a direct challenge to the authority of the state. This simply would not be tolerated and it is important to note, in this context, that the lines between state bodies and the Government (which is another debate for another day) are much thinner in China than in the West.

Put simply, Apple cannot afford to lose China. And just as in other areas, such as criticism regarding the manufacture of its iPhones, Apple will find a way to swallow these changes. In any confrontation, it would be Apple most likely to back down.

Secondly, this could be a very smart move by China strategically in its desire to have more influence over the digital ecosystem. If it is made clear to non-Chinese app developers who adopt the new system that they enjoy implicit protection from Apple barring them (which China could easily do), there is an inherent incentive to adopt the standards to continue to be able to track consumers.

As noted above, it looks like foreign advertisers are being encouraged to apply for the standards. Whilst in most cases (but not seemingly for the French gaming company mentioned by the FT), this will apply to their Chinese divisions only, there would be an obvious question as to how long such a wall would last in practice, regardless of laws in the West. It would also fit in with China’s longer-term strategy, which is to have more influence over the rules of how the internet is governed.

Thirdly, in this scenario, the US (or other) governments may decide it cannot stand by and allow such a situation to develop given the longer-term implications, thus putting pressure on Apple to adapt or even abandon its moves.

One obvious lever of pressure is closer scrutiny of the App Store and whether Apple is exploiting its position (as Fortnite developer Epic is claiming). Regardless of the levers though, Western governments will be very wary of allowing any potential action that would allow China to have more influence over the setting of global internet standards.

It remains to be seen what happens but one obvious beneficiary may be Facebook, which may have found its Get Out of Jail card from IDFA. If Apple applies different standards to China, it is likely to face a backlash, particularly in the United States. However, if it allows apps to be accessed by consumers globally that have different privacy standards, then it will also face a backlash. Either way, this move leaves Apple in an unenviable position.