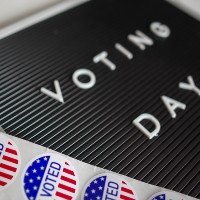 US political ad campaigns are fairly unique in their size and scope, as candidates funnel spend into a wide range of channels in an effort to attract votes. Despite the growing importance of social over the past ten years, TV is still a core pillar of political campaigns’ marketing strategy. GroupM’s ‘This Year, Next Year’ report estimates that half of the $15 billion it expects will be spent on political ads this cycle will land on local TV.

And email is an essential tool for funding this. A former Obama campaign staffer says email accounted for 90 percent of online fundraising for Obama’s presidential campaigns.

But with connected TV playing a much bigger role in this year’s presidential elections, other opportunities are opening up for email marketing campaigns to strengthen political TV ads.

Kerel Cooper, LiveIntent’s SVP of global marketing says that unlike cookies, email can work as an identifier across different devices.

For example many CTV platforms and services will be able to identify users via their email addresses, since email is often used in the sign-in process. “For all the services I use, whether it’s Sling TV or Hulu or Netflix, I log in with my email address,” said Cooper. “So email is a common, stable identifier – regardless of what service or platform you’re using, your email address is usually relevant to what you’re doing.”

And where emails act as an identifier, data received from email marketing campaigns can be used to inform advertising strategies on other platforms, such as CTV.

Political campaigns tend to be very email-heavy. “During the political season, I myself probably get 10 to 15 emails from political organisations and candidates a day is great,” said Cooper. “And you’re seeing similar numbers of ads on CTV too.”

Using hashed emails as an identifier can give political campaigners a better idea of how often they’re reaching the same individuals across different platform, and which messages those individuals are seeing.

But Cooper says there are more creative opportunities for campaigns to use data on how individuals interact with emails, in order to optimise their CTV strategy.

“If I’m a candidate, I’m probably sending you multiple emails per day,” said Cooper. “I’m sending you emails asking for donations, asking you to talk to your friends, reminding you to vote. And I can see how many of those emails you’re opening.”

For example, a political candidate’s campaign emails may get a 70 percent open rate at the start of an election cycle. But later on, this might drop to 40 percent, as audiences tire of campaign emails. At this point, the candidate might turn to CTV to reach the 60 percent of their email list who have stopped opening emails.

“That’s effectively a way of retargeting,” said Cooper. “And you can almost think of it as increasing you open rates for your email campaign. Because anyone who isn’t opening your emails and seeing your message can be hit with that same message on CTV instead.”

The political candidate may decide that those who still have a high engagement rate with emails don’t need to be targeted with CTV ads. Or the candidate could use sequential messaging, where the ads people see on CTV follow on from messages they’ve already seen via email.

Or email open rates could be used as a proxy to measure which sorts of messages are resonating with audiences. If a candidate sees that emails which talk about healthcare in the title see high engagement, that might be a sign that healthcare is a key policy topic for voters. So the campaign might choose to change their CTV messaging to reflect this.

A case study for hashed emails

LiveIntent’s Cooper says that a lot of brands and publishers already to this sort of cross-channel targeting and frequency capping using hashed emails, adding in their own first-party data to refine their targeting.

But the upcoming elections, given political campaigns’ heavy use of CTV and email, present a fairly unique case study for how these two channels in particular can work in tandem.

Outside of political advertising, Cooper believes these sorts of tactics, based on hashed emails, will become much more commonplace as the industry looks for alternatives to third-party cookies.

“I don’t think email is going to be the be-all and end-all in the post cookie world,” said Cooper. “But I do think it’s going to play a big role. It makes a lot of sense, because an email is essentially you’re digital passport – it’s a way of accessing so many digital platforms and services.”