How Are Brands Actually Using TikTok?

How Are Brands Actually Using TikTok? 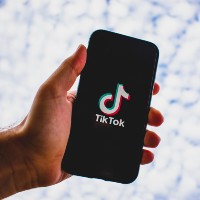 “Don’t make ads, make TikToks” is viral video sharing app TikTok’s advice to advertisers working with the platform. TikTok has been growing out its suite of advertising tools over the few years, uniting them under ‘TikTok for Business’ last month. At the same time, the company is asking that marketers try to fit with the culture and style of content that TikTok users are used to.

But advertising on an emerging platform aimed at younger audiences can be daunting. As TikTok itself suggests, there’s an expectation among its users that brands will adapt to TikTok, rather than just recycling campaigns and content they’ve used elsewhere.

Here’s how brands have been using the platform so far:

TikTok’s ad offering is still relatively new, but brands have been working with the app and its influencers for a good few years now, via their own TikTok channels.

getting intergalactic with asaprocky. our now. #mycalvins #calvinklein

US basketball league the NBA similarly posts a lot of fairly conventional content on TikTok, like game highlights and archive footage edited down to fit the platform. But it also posts a lot more TikTok-specific content, short funny clips and memes featuring NBA stars and mascots, similar in style to the type of content that generally proves popular on TikTok.

Pierre the Pelican is too funny 😂 #laughpause #fun #Mascot @pelicansnba

And some brands have committed entirely to posting TikTok-style content. US fast food brand Chipotle is one of the most prominent examples, having picked up nearly one million followers on the platform. Chipotle’s content is shot via mobile and edited using TikTok’s in-app tools, rather than being professionally shot and produced and then uploaded onto the platform. Chipotle often jumps on existing TikTok trends, and has worked heavily with influencers who are primarily based on TikTok like Brittany Broski and Spencer X.

Short demonstrations or ‘how to’ videos are common on TikTok, and brands have used this type of content to showcase their products. Luxury product store Selfridges’ most popular TikTok is just a short demonstration of an in store service which lets customers create their own lipstick.

Several brands have also made use of TikTok’s ‘duet’ feature, which lets users make a video in response to another user’s clip. The NBA for example has posted duet videos with fans, where TikTok users have recreated famous NBA moments and celebrations. Footwear brand Vessi has similarly used duets, using the feature for a campaign where it gave free pairs of shoes to TikTok users who had posted about the brand on the platform.

As TikTok has rolled out paid ad products, brands have been experimenting with the various formats it offers, some of which are designed specifically to keep content feeling TikTok-native.

Brands have used these in much the same way they’ve used their own pages – with some posting fairly standard (but short) ads, and others creating content more suited to TikTok’s style and culture.

These ad units can also lead users directly to their own shopping pages. Fashion brand Balenciaga for example has used TopView campaigns to highlight specific products, and then led users to its online store to buy those products.

But a few of TikTok’s advertisers offerings are more unique to the platform:

Fashion brand Guess was one of the first to run a branded hashtag campaign, with its ‘#inmydenim’ challenge. The challenge was essentially a take on the ‘transformation’ trend which was already popular on TikTok, where users ‘transform’ from scruffy to well-dressed.

Don’t you wish getting ready was this easy? 😂❤️🔥 #inmydenim #sponsored @guess

Other brands have similarly created their own takes on existing challenge themes. Dance challenges are a staple of the platform, and headphones brand Beats is currently running a hashtag campaign called #BeatsDaisyChallenge. Beats’ campaign has given users added incentive to take part, as the best submissions will feature in American singer Ashnikko’s new music video.

Branded Effects: Branded effects are augmented reality overlays which users can place over clips they upload.

Some brands have used them as an add-on to a hashtag challenge. Car brand KIA for example created a sunglasses overlay as part of its ‘Seltos’ branded hashtag campaign.

Others have made branded effects the centre of their campaigns, as a way of modelling products. Singapore bedding company Kintakun created a branded effect which showed off some of its bedcover designs.