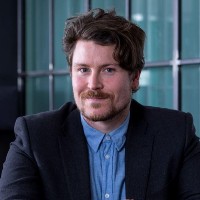 In this edition of ‘Buy-Side View’, we speak with Liam Brennan, global director of innovation at MediaCom. In this interview, Brennan discusses why measuring reach is more complicated than it sounds, how broadcasters can play to their strengths, and which brands have best weathered the lockdown.

What is your biggest bugbear when it comes to video and OTT advertising?

I think my biggest bugbear at the moment is the complexity of the space. I think there’s quite a lot of confusion over what certain terminology means, and indeed what players can be put into certain buckets. Certainly in the agency world, we love putting things in buckets, and we’ve used terms like SVOD, PVOD and AVOD to categorise video. But nowadays some of the video partners that are out there don’t fit into the same buckets they used to.

I think that added complexity is stopping brands from embracing some of the new digital video opportunities that are out there, because they just don’t understand it very well.  Just like we saw with programmatic media around five years ago, the confusion is a barrier to more brands entering the space.

And there’s complexity among the distribution partners too. TV buyers are used to working with channels directly. But how you buy television is changing massively. You’re now buying audiences, rather than buying programmes.

Roku has had amazing growth in the US, and it’s a huge opportunity, it’s got massive reach and scale. But you’re not buying TV shows or channels like some buyers are used to, and people often dismiss Roku because of that.

Which do you think video advertising is the most effective for – generating awareness and brand-building, or driving short-term sales?

I think video is definitely much stronger at brand building, because awareness comes from attention, and video has always been good at being interruptive and being emotive. I bucket digital video and video as the same thing, so buying OTT inventory is buying TV inventory in my eyes. That big box in the living room is still where people tend to focus their eyes, it’s just getting a lot more complicated.

I think what’s really interesting though is the convergence of brand and sales. I don’t think you’ll ever see TV become a performance channel, like search or affiliate marketing or performance display. But I do feel we’ll see more of a ‘push-to-buy’ on TV.

People have been doing that for ages with phone numbers and the like. But you could definitely see that convergence between brand and performance coming together in things like shoppable video. Facebook is doing some really interesting work in that space at the moment, and it feels like TikTok is probably going to start doing it as well.

How has your video and OTT strategy changed during the pandemic?

It’s been interesting during lockdown because there has been a massive shift in viewing behaviour, not just in terms of where people are watching video, but the time of day when they have been watching as well.

The big learning for us was that the brands that have really been focused on migration away from a ‘TV plus digital video’ strategy into an ‘AV-first’ strategy found it much easier to adapt to COVID, moving the money around to where the eyeballs were.

I think what was really interesting was seeing the growth in some of those advertiser funded video platforms, with Roku being a big one in the States, and launching in the UK. Twitch had amazing growth, and while Twitch still falls into that gaming bucket, it’s increasingly becoming a great platform for streaming video generally.

We’ve seen research come out of some of the more pro-TV organisations saying that TV hasn’t done too badly. But when you actually dive into the numbers, it was a big loss for terrestrial television, and more of a gain for streaming video. That might be through some of those partners like ITV and Channel Four, but increasingly you saw people watching when they wanted to watch. For a buyer, that’s complicated, but it’s also quite exciting to see dynamics change, and for us to be able to adapt accordingly.

Which metrics do you value the most when it comes to video and OTT advertising?

Because video is so brand focussed, it tends to be reach. So it’s about how many people can we reach in our target audience with TV advertising.

That sounds incredibly simple, but it’s becoming more complicated as more entrants come into the space. It’s harder to measure than it used to be because there are so many different providers now, and there’s more overlap between channels. I started as a TV planner 15 years ago in Australia, and I was buying three commercial stations at that point, which was very easy to plan! It’s far harder now.

What could publishers, broadcasters and pay TV companies do to compete more effectively with the large social platforms?

TV’s big strength used to be its scale. But increasingly YouTube and Facebook, and the likes of TikTok and Snapchat, arguably have very similar scale to TV for many age groups. That’s made that scale conversation much harder to tackle.

But the way that you watch TV, and its position as that big box in your living room, is still unique. You don’t divert attention away from watching a TV programme or a big live event in the same way you do when you’re scrolling through your news feed, or watching funny video content on your phone. So it’s always good to remind advertisers about the fact that it has that power, and that’s why TV is consistently seen as one of the most effective channels in media.

Which person in the industry inspires you the most today?

I love following people on Twitter, and what I’ve come to learn during COVID is that there are many smart people in the industry that maybe don’t get heroed as much as they should do, and advertising Twitter can be a fairly toxic place!

There are lots of great strategy leads and planning leads at other agencies that I follow, like James Hankins, or Shane O Leary. They might only have a couple thousand followers, but they’re on the front lines doing the work. They’re much more useful to me than maybe someone with 50,000 followers that tweets fairly open ended inspirational quotes! There are definitely people in the industry I admire, but what I really love is hearing from people who are doing my role elsewhere, because it’s constantly changing.

Out of all the video and TV advertising campaigns you’ve been involved with, which are you most proud of?

Ages ago, I think it was probably 2013, I worked with ASOS on a shoppable video campaign. They were very much a performance-focussed brand, and they wanted to start doing more brand-building because they wanted to grow their brand outside the UK. But they still needed to find a way to make it easy for people to shop their product.

Because they had a background in fashion, they really understood how you buy clothes in a store, and they wanted to replicate that in a digital advertising environment. We worked with them to build – with popsicle sticks and sticky tap – a shoppable execution using what was available to us at the time with partners like Channel 4 and YouTube. It worked really well from a branding perspective, but also it actually sold clothes.

It was one of the first examples of shoppable content, and even now you hear people talking about shoppable content as being a new thing. But ASOS were doing it six or seven years ago. And I think they deserve a lot of credit, because they’ve always been a brand that’s really pushed the boundaries of digital marketing. It was great to work with them on that campaign.