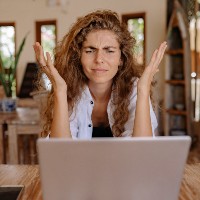 Behind the scenes workflow issues in video advertising are causing failed campaigns, lost sales opportunities, and lower return-on-investment, according to a report run by market research company CoLab on behalf of Peach Video, a video workflow management business. The research found that labour-intensive manual processes and time consuming communication between teams are key points of frustration for ad traffickers and ad ops professionals.

CoLab interviewed senior staff primarily from agencies, as well as DSPs, media owners and production companies, to hear where their main frustrations in the video advertising workflow arise.

The overriding sentiment from those interviewed was that many parts of the video advertising workflow still involve inefficient and slow labour-intensive processes, which end up costing time and money.

Seventy percent of those interviewed said sourcing creative is frustrating, with clients often unaware of the creative specs required, and creative often ending up delivered late. Joseph Harake, digital director at OMD, said different tech vendors involved in the supply chain sometimes have different technical specifications for video files too, which can delay campaigns and result in video ads not being delivered. And working with all these different tech vendors is a time-consuming process in and of itself. Seventy-six percent of respondents said they have to log in to 2-5 different systems to manage a single campaign. Fifteen percent said they have to log in to over ten different systems.

Communication between different stakeholders is also inefficient, according to respondents. Email is still the primary communications channel for campaign management, with 78 percent of agencies saying they email “time consuming updates back and forth”. Some interviewees said they will have hundreds of emailed campaign management updates waiting for them whenever they return to the office after a few days off work. These email chains will often be unauditable, and result in tasks not being properly assigned to different parties.

And monitoring of video formats and quality is still a manual and time consuming-process. Eighty-five percent of agency workers who were interviewed said they have to manually check that the right video assets have been delivered. And two-thirds of respondents said that if the incorrect file formats have been submitted, they have to fix the problem manually.

All this manual labour has a number of knock-on effects.

Manual processes are more likely to result in errors and delays. Eighty-five percent of agencies said they experience problems with campaign transmission. Common problems include technical data being incorrect, files being sent to the wrong person, video assets being too low quality, and other file issues including incorrect aspect ratio, duration, or format. Seventy-five percent of agencies said these issues with distribution cost them money, and half said they can cause legal issues.

Manual processes also distract agency workers from focussing on other issues. Campaign tracking and measurement was picked out as a key challenge by the report. But planners and ad ops professionals interviewed by CoLab said they don’t have time to focus on higher-value campaign measurement and optimisation, because they’re too bogged down by the manual video workflow.

And all of these issues are making it harder to retain staff. The report said that new graduates working in media agencies will usually “focus their energies on low value administrative work that are bad for morale and do nothing for their professional development”.  This can lead to staff leaving the agency world, thinning the pool of talent available to media agencies. Research from the IPA, an industry trade association, found that media agency staff turnover is just below 28 percent, nearly double the UK cross-industry average of 15 percent.