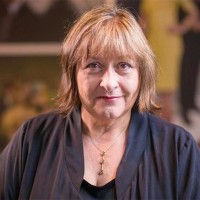 Tess Alps, non-executive chair and founding CEO of Thinkbox, a marketing body for the UK’s commercial TV broadcasters, has announced she is retiring after 14 years with the company. Alps has overseen Thinkbox’s transition from a purely virtual organisation without an executive body, to an important and influential part of the UK broadcasting ecosystem.

“I don’t want to come over all Theresa May, but it truly has been the honour of my life to be part of Thinkbox for the last fourteen years,” said Alps. “I only meant to stay for three, but TV has been in such an exciting and dynamic phase for all that time that it’s been hard to drag myself away. I’m proud that Thinkbox has been part of helping the marketing community fully appreciate its pre-eminent contribution to our cultural and commercial life, not just in the UK but globally. TV will continue to evolve and thrive and Thinkbox will be there to guide advertisers through.”

Alps’ appointment as CEO of Thinkbox back in 2006 was seen as a coup for the new organisation. She had extensive experience in the industry already, having spent 13 years at Omnicom-owned media agency PHD. She also had experience on the sell-side, having worked for various ITV-owned companies prior to PHD. Campaign remarked at the time that “the choice of Alps as chief executive means Thinkbox has a fighting chance of achieving [its] goals”.

As CEO, Alps oversaw Thinkbox’s transition to hire a permanent staff, the launch of its first TV ad, and the debut of the TV Planning Awards. She was also tasked with keeping Thinkbox’s stakeholders appeased, despite their sometimes conflicting interests. Shortly after Alps’ appointment Interactive Digital Sales (IDS), a TV sales house and one of Thinkbox’s founding members, quit the organisation due to complaints that too many concessions were being made by ITV. Internal squabbles continued afterwards, with ITV reported to be pulling out of Thinkbox in 2007, but the organisation held together.

Alps was Thinkbox’s CEO until 2013, when current CEO Lindsey Clay took over the role, with Alps moving to her current position of non-executive chair. Clay says Alps has been an integral part of the organisation throughout her tenure.

“No one has done more to champion TV, and advertising more widely,” said Clay. “And no one has done so with more passion, integrity, conscience, wit, and success. I know I speak on behalf of everyone who has worked at Thinkbox, all our shareholders and pretty much the whole industry and anyone who has ever met her, when I wish her the best in her well-earned and hard-won retirement. Tess is a one-off, a wonder and we’ve been incredibly lucky to keep hold of her for so long. I feel blessed to have had her as my mentor.”

Alps’s contributions to the wider industry have been recognised numerous times. In 2018 she was awarded Mackintosh Medal from the Advertising Association, an award award given for outstanding service to the advertising industry. In 2007 she was awarded the Outstanding Achievement Award at the Women in Film and TV Awards, and in 2013 was voted Media Leader of the Decade by the readers of Haymarket’s brand titles.

While Alps is stepping down from a full time role in the advertising industry, she said she will still be involved as a council member of the Advertising Standards Authority. “I shall still be a small part of the ad industry for the next three years and, as we adfolk grapple with some existential issues relating to trust, responsibility and relevance, I hope to continue to make a contribution to the industry I have grown to love,” she said.