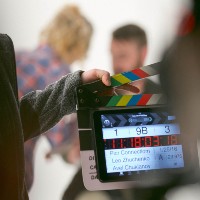 When Netflix released its remake of UK political drama House of Cards in 2013, it seemed like a huge milestone – here was a big budget TV show produced by a streaming service, with A-list Hollywood actors and writers attached.

Fast forward to 2020 when the industry is knee-deep in the streaming wars, and you’ll find that similar shows struggle to stand out from the crowd.

In May Netflix released ‘Hollywood,’ a drama series written by Ryan Murphy (creator of hit shows Glee, American Horror Story and Nip/Tuck). One week later the streaming giant released ‘The Eddy’, a musical drama series whose first two episodes were directed by Damien Chazelle, who won best director at the Oscars for La La Land, which picked up numerous other awards in 2017. But despite the high profile talent involved, neither show gained much attention and both are now buried inside the ever-expanding ‘Netflix Originals’ tab, with neither featured prominently.

Since House of Cards was released, a number of new challengers have emerged in the streaming space, each with their own slates of high-quality, originally produced content. But with so many new, expensively made TV shows and films available, much of this content seems to fail to find an audience.

Tom Harrington, senior TV analyst at Enders Analysis, a research service which covers media and entertainment, says that one of the stories of ‘Peak TV’ has been the increasing difficulty when it comes to cutting through the noise. “When it comes to drama, in the last five years or so expectations as to what a show should look like – in terms of production value and cast – has skyrocketed,” he said. “Just because a show might star, say, Reese Witherspoon, that means a lot less than it used to because almost every film actor will now do TV. And in the case of Reese, multiple different shows”.

That’s not to say it’s impossible to cut through. The Mandalorian, a sci-fi/Western mashup set in the Star Wars universe, is credited with helping drive subscriptions to Disney+. Parrot Analytics, a media research company, found The Mandalorian to be the most in-demand TV series across all platforms two weeks after it debuted.

Parrot Analytics’ Steve Langdon, EMEA partnerships director, said recent high profile shows like The Mandalorian, The Witcher and Stranger Things are likely to have justified the investment due to their popularity with audiences. “But other high profile and expensive shows like See and The Morning Show (two Apple TV+ originals) at first glance don’t seem to have had such a good return on investment,” he said. 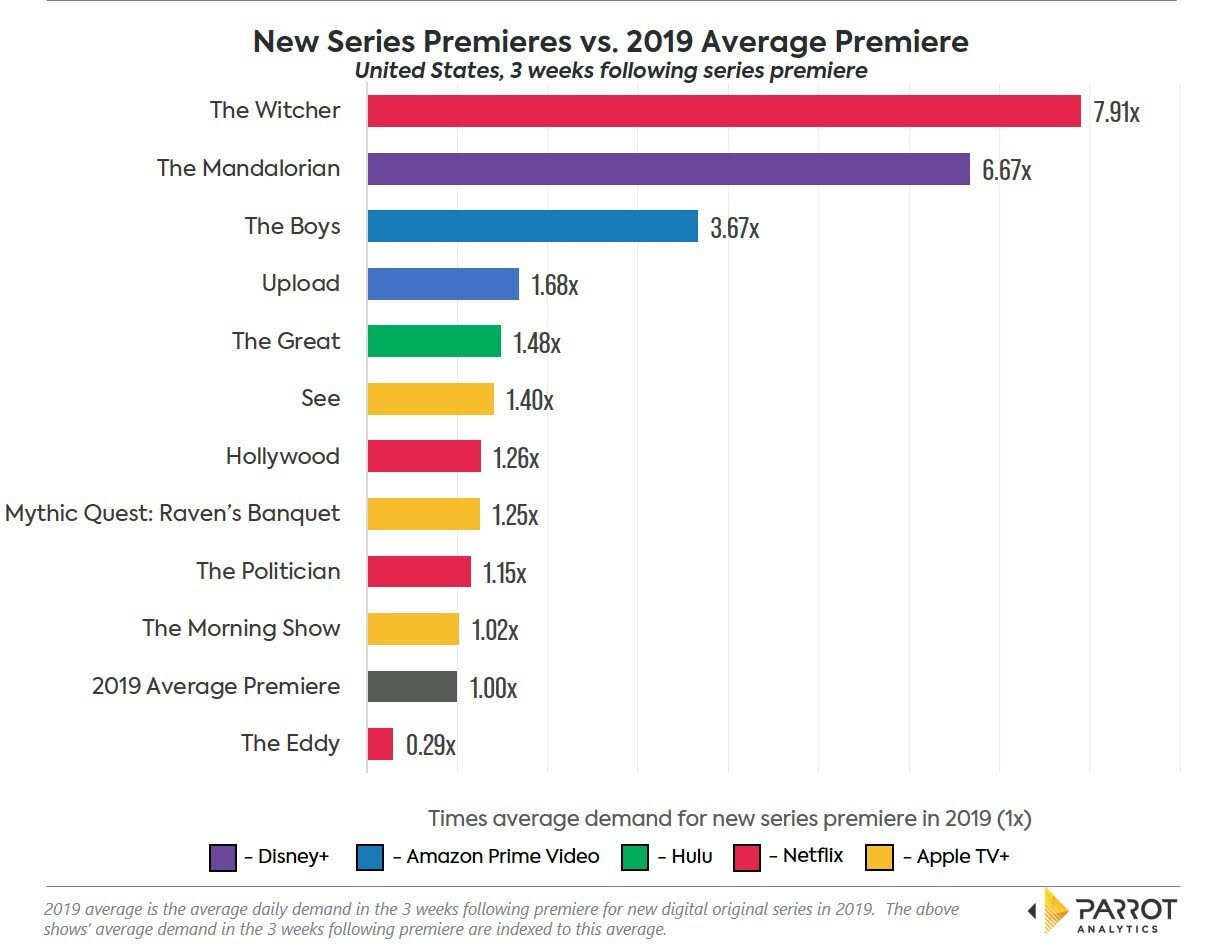 An argument could be made that as these pricey dramas and comedies struggle to cut through, streaming services should change their investment strategies. Other types of programming can be produced much more cheaply, and still have the same impact in terms of drawing attention and bringing in audiences.

Two of Netflix’s most popular shows this year, Tiger King and The Last Dance, are both documentaries, created mostly by using archive footage. The Last Dance is reported to have cost around $20 million for all ten episodes, while Apple TV+’s ‘See’ cost around $15 million per episode, according to the Wall Street Journal.

But in spite of the fact that big spending doesn’t always deliver quality, all of those VAN spoke to agreed that it’s unlikely we’ll see a slowdown in investment on big budget dramas and comedies.

There are a few reasons for this. Firstly, it’s easy to underestimate how well new shows are performing when streaming services rarely release data on viewership for their shows. “What is perceived as a ‘hit’ on Netflix now meets a higher threshold than previously,” said Enders Analysis’ Harrington. “The Eddy, for example, might do similar numbers to a big show on Netflix a few years ago. But Netflix has more subscribers and more original content that it wants to push on its user interface.”

And even if these new shows don’t all attract huge audiences, that isn’t always the primary aim.

“While some shows are expensive because they aim to attract a broad and large audience, other shows may be expensive to make but necessary in order to target a more niche audience or smaller taste cluster or to encourage platform stickiness and retention,” said Parrot Analytics’ Langdon.

We’ve seen several streaming services experimenting with new types of content over the past year, in order to attract new users into signing up. Netflix has invested more heavily in reality content with shows like Love is Blind and Too Hot to Handle, while Amazon Prime Video has moved into mainstream sports broadcasting via the English Premier League.

Shows like The Eddy and Hollywood can be seen in the same way. “Those shows are certainly aimed at more niche audiences than something like Stranger Things or The Mandalorian,” said Langdon. “They are deliberately targeted to draw in a specific audience, and then the real trick is persuading that newly acquired audience to stay.”

And even more mainstream blockbuster dramas don’t necessarily need to reach huge audiences to justify themselves.

“If Apple intended The Morning Show or See to reach a mainstream audience and thus become a big blockbuster, their ROI looks poor,” said Langdon. “However, if, as our data shows, the title was targeted to draw people into viewing more content on the new platform, it can be argued it did better.”

Platforms like Netflix partly thrive by offering an “all you can eat” experience, where subscribers have the perception that they’ll be able to find whatever sort of content they’re in the mood for. “I don’t believe that all of their content investment is maximised for return,” said Patrice Cucinello, TMT analyst at US ratings agency Fitch. Rather, Netflix’s aim is to create a constant stream of new content, not all of which is expected to take off.

And the more of this content they create, the higher the chances are that a streaming service will produce a hit. “The more new shows, the greater chance of the sort of hit that defines the service for the consumer and makes subscribing a necessity,” said Enders’ Harrington.

This somewhat ‘spray and pray’ approach may not be viable if funding dries up. But for now, investors seem to remain happy to finance expensive new productions.

“For Netflix, big dramas and comedies require high dollar investments per hour of programming,” said Fitch’s Cucinello. “There’s a lot of volatility there, and there’s so much being spent by the company overall. But markets have still been happy to lend, and in some cases rightly so because they are the leading internet television company by a wide margin.”