Where are VCs Investing in Media and Advertising?

Where are VCs Investing in Media and Advertising? 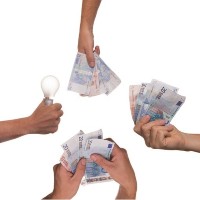 The heady early days of ad tech, where a proliferation of new companies burst on to the scene funded by venture capital, are over. But investment in media and advertising startups hasn’t completely dried up.

We’ve still seen ad tech and media companies raising impressive sums since the start of the year. AppsFlyer, a mobile attribution specialist, completed a $210 million funding round back in January, and Minute Media, a digital publisher, raised $40 million in February.

But with the ad tech ecosystem going through a period of consolidation and media companies facing challenging circumstances fighting for ad dollars, start ups will have to stand out to attract investment.

Michael Schultheiss, CEO of Leverage Invest & Consult, a venture capital firm, said he’s as interested in the people founding the company as he is in the company itself. Schultheiss says having an existing relationship with a business’s founders makes for a smoother partnership.

“For example, for my latest investment [in Spearad, an OTT ad tech company], I’ve known the management for two decades now, I know what their strengths and weaknesses are, and how I need to talk to them to get the best out of them,” he said.

Schultheiss added that familiar faces from within the industry are more likely to have useful connections, which will help win clients and increase the business’s hopes of success. Perhaps the best recent example of this is Quibi, the mobile-first streaming service launched by media mogul Jeffrey Katzenberg. Quibi managed to raise nearly $2 billion before launching, thanks in large part to Katzenberg’s reputation. And this reputation also helped Quibi win clients, as the company managed to sell $150 million worth of advertising half a year before launch.

We’ve seen a few recent examples of companies which fill a specific niche picking up investment. Good-Loop, a video ad tech company which lets brands donate a portion of their ad revenue to audiences’ preferred charities, picked up £1.2 million in seed-funding back in January. And shortly after SuperAwesome, a ‘kid-tech’ company which specialises in child-safe advertising, completed a $17 million funding round.

Others VAN spoke with picked out a number of other areas within advertising and media where they similarly believe we’ll see startups emerge and carve out space for themselves.

One area which is high on the agenda for many in the industry is cookie-free targeting and audience identity.

Eric Franchi, operating partner at MathCapital, an ad tech focussed early-stage venture capital firm whose investments include ID5 and IRIS.TV, said he is particularly interested in data and platforms for the post-privacy era in marketing. “Cookies are going away, consumers deserve choice and marketers want to drive one-to-one personalisation using quality data safely,” he said. “There is a real opportunity for the next generation of leaders right now.”

Schultheiss agreed that there is room for innovation in the identity space, though he added it could be tough for newer companies to compete. “I see quite a few big players already, and the exposure to rivals like Google is quite high,” he said. “So it would have to be a very convincing business idea for me to buy into a company offering a solution.”

MathCapital’s Franchi said he’s also interested in technology that helps advertisers reach consumers across emerging media channels and touchpoints. “The consumer experience is extremely fragmented across devices, screens and formats,” he said. “They are cutting the cord, searching with voice and watching shorter mobile-first videos. We’re excited about the opportunities here as well.”

Timo Argillander, managing partner and co-founder of IPR.VC, a venture investor focussed on media, said his firm is looking closely at the ad-supported streaming space. “While streaming growth has been led by subscription services, we expect AVOD to gradually gain importance,” he said. “Traditional TV advertising continues to exist and serve certain marketing purposes, but its relative importance will decrease.”

Argillander said content producers themselves are also tempting investment prospects, with the streaming wars pushing up the value of content.

“In the coming few years we expect the consumption of TV and film content to continue growth, which now has further been sparked by Covid-19,” he said. “Also we see content gaining more value as we see new streaming services to emerge, which lead to growing demand and makes content the key competitive factor for streaming services and channels.”

Aryeh Bourkoff, CEO of Liontree, a global investment firm specialising in media, technology, and telecommunications whose investments have included fuboTV and Ocean Outdoor, was more sceptical about the opportunities for streaming services. He said, “The scale of incumbents will limit the development of some start-ups, and complicate their paths to maturity while also limiting the number of buyers available down the road”.

But Bourkoff does see opportunities in audio, and in the video game space too, and startups in these spaces could attract investment.

“Video gaming trends and user-bases should continue to expand as the industry is one of the few bastions of growth that is not in direct competition with the scaled global content and distribution players,” he said. “It is a fragmented market, poised for consolidation and organic growth. Mobile, instant games, and e-sports will continue to drive player growth and engagement, as gaming is becoming as much about playing as the social experience around it.”

Getting the Financial Fundamentals Right

But while companies working in these spaces have the potential to grow quickly and dominate their specific space, Schultheiss said that VC investors will still expect the companies they fund to have a solid financial strategy, and to quickly be able to turn a profit.

In the past, tech companies in particular required a lot of capital to get going, and so had a bit more breathing room when it came to turning profitable. “When I entered the business in 1997, we had heavy upfront investments. The first thing we had to do was build a data centre for our ad server,” he said. “But now you can just use a cloud system, so you can get going quite quickly, but that also puts the pressure on you as a startup to turn a profit quickly.”

“So I’m looking for targets that are well connected and have potential clients already, as well as having a concept which could see them become a dominant player in their specific niche,” said Schultheiss. “Then you can turn profitable within a year of going to market, on a moderate basis.”