Analysts Are Still Spilt on Quibi Two Months from Launch

Analysts Are Still Spilt on Quibi Two Months from Launch 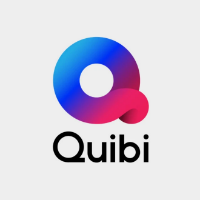 Going by the numbers, upcoming short-form mobile-first streaming service Quibi is off to a strong start, prior to its US launch in April. The company has raised $1.4 billion to fund content production, tech development, and marketing for the app, with Disney, WarnerMedia and Alibaba among its backers. And it announced last October that it had already sold out all $150 million of its first year ad inventory. P&G, PepsiCo, Walmart and General Mills are among those paying to advertise on the service.

But the history books show warning signs for Quibi. It’s not the first to try to make a success of high quality mobile-first video. Verizon’s ‘go90’ launched to much fanfare in 2015, but closed down just three years later having failed to ever really take off. Some of go90’s content partners reported that viewership for many shows was in the thousands, rather than the millions.

The industry’s outlook on Quibi is split – some believe it has found a niche within the increasingly crowded subscription video on-demand (SVOD) market, while others believe it’ll find itself competing against an entrenched competitor in YouTube.

Hollywood stars could be key to success

Quibi was founded by media mogul Jeffrey Katzenberg, who has previously worked as chairman of Walt Disney Studios and founded DreamWorks animation, in 2018. Its core concept is to bring Hollywood production quality to short-form, made-for-mobile video. It’s name ‘Quibi’ is short for ‘quick bites’, with all its TV shows and films broken up into episodes less than ten minutes long.

All of its content is designed to be watched in both vertical and horizontal formats, and Quibi says audiences will be able to switch seamlessly between the two.

Quibi will be a paid service, costing $7.99 in the US for an ad-free subscription, or $4.99 with ads. The service will run non-skippable six, ten or fifteen-second pre-roll ads on the ad-supported tier, and Quibi says it will experiment with other formats too.

Katzenberg has unquestionably been successful in leveraging his personal connections to bring high-profile content creators on board. Directors Steven Spielberg, Guillermo del Toro and Sam Raimi have all made shows for Quibi, while Christoph Waltz, Idris Elba, Chrissy Teigen, Zac Effron and Sophie Turner are among the names signed up to star in Quibi content. And the service will have a deep library of content too. It’s aiming to have 175 original shows and films, split into 8,500 episodes, available to its users within a year of launching.

This original content will likely be crucial for drawing viewers to Quibi. “It’s a cliche expression at this point, but content is still king,” said Steve Nason, research director at market research and consulting company Parks Associates. “For all these services, you have to have exclusive content you can’t get anywhere else. Look at The Mandalorian on Disney+, it’s such a unique and compelling piece of content that people might want to spend $6.99 just to watch that show.”

Nitesh Patel, director of wireless media strategies at market research company Strategy Analytics, believes its content line-up is stronger than go90’s was when it went to market. “Go90 ultimately failed because a lack of appealing content failed to drive eyeballs and viewing,” said Patel. “Quibi doesn’t have this issue in the immediate term – its content line-up will appeal to fans of the actors and directors that are signed up.”

But Ross Benes, analyst at digital marketing, media and commerce research company eMarketer, warned that strong content alone doesn’t guarantee success. “Even though Quibi has well-known executives and its shows will feature renowned directors and actors, that alone isn’t enough to appease investors,” he said. “Quibi will have to show that it can attract a sizable audience.”

And Parks Associates’ Nason warned that maintaining a compelling stable of content won’t be easy. Even Disney, with it’s vast back catalogue of popular films and TV shows, is liable to churn as its original shows come and go, and Qubi doesn’t have a back catalogue to fall back on.

Does Quibi’s mobile-only focus protect it from the competition?

While a number of SVOD services are spending hundreds of millions, or even billions, on high quality content, Quibi’s executives believe that by focusing only on shorter, episodic mobile content, it’s something of a niche product, and thus won’t compete directly with these services. It seems that many TV-focused media giants agree it won’t be going head-to-head with them, as Disney, Warner Bros, Viacom, ITV and BBC have all invested in Quibi, despite the fact they’re all running their own AVOD/SVOD services.

CEO Meg Whitman claimed at media conference SXSW last year that users of Netflix, Hulu and similar services only watch via their phones around ten percent of the time. So while users are more likely to watch the likes of Netflix and Disney+ on a big screen in evenings or at weekends, Whitman believes Quibi is better designed for lunch breaks or commutes to work.

But some aren’t convinced there’s much demand for such a product at the moment. “It’s been tough for many mobile streaming services in the recent past,” said eMarketer’s Ross Benes. “I’m skeptical there’s a large audience for it now, but I could see a product like this being more enticing to younger generations who spend the most time on their phones.”

Parks Associates’ Nason meanwhile believes that Quibi will find itself competing with YouTube – while the two have different propositions given Quibi’s high production quality, both are ultimately competing for eyeballs in their audiences’ downtime. “Even the likes of Netflix have to deal with YouTube on a daily basis, that’s the number one video source for Millenials and Gen Z. And in the short-form world especially, it’s going to be even harder to compete.”

And while YouTube is free, Quibi has to convince its audiences to pay $4.99 per month, or $7.99 if they want ad-free viewing.

“Research we have conducted has provided us with some guidance that $5 per month is at the upper end of the sweet spot for mobile video services,” said Strategy Analytics’ Patel. “In this context the $4.99 per month Quibi tier is well placed, and the $7.99 per month (ad free) less so.” But he added that go90 struggled to find an audience despite not having a pricing barrier (since it was completely free and ad-supported), and that while Quibi has a stronger stable of content, “the challenge for Quibi will be convincing users $4.99 delivers value for money”.

Marketing and distribution deals will be key

Those VAN spoke with generally agreed that aggressive marketing, and securing the right distribution deals, could be the difference between success and failure for Quibi.

Disney+, Apple TV+ and HBO Max all built on well known brands – Quibi will not have this advantage. “The first challenge they’ll have is their name – what the heck does Quibi mean?”, said Parks Associates’ Nason. “I know they’re trying to be cute with the name being short for ‘quick bites’, but they’re going to have to do a lot of marketing around who they are, and around this whole idea of long content split up into short ten-minute episodes.”

This effort began in earnest with an awareness campaign launched in the Super Bowl last month, but Whitman admitted prior to the Super Bowl that “we have to build a brand, no one’s heard of Quibi”.

Strategy Analytics’ Patel meanwhile said securing distribution agreements and discounting the service to new users will help Quibi find its audience. This is a common strategy for debuting SVOD services – Apple TV+ for example comes free with all new Apple devices, while Disney + gave a free year’s subscription to some Verizon customers.

“If Quibi can be bundled into mobile service provider tariffs (e.g. like T-Mobile USA’s Netflix on us promotion) or with smartphone sales for a major device manufacturer like Samsung, then it has more of a chance to gain visibility, and traction,” said Strategy Analytics’ Patel.