How Will Brexit Actually Affect Advertisers and Agencies?

How Will Brexit Actually Affect Advertisers and Agencies? 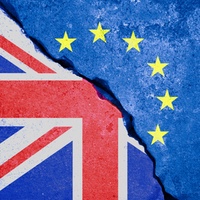 Following the UK’s formal departure from the European Union last Friday, the British government on Monday launched its post-Brexit ‘Ready for Trade’ advertising campaign. But despite the government’s projected confidence, many businesses are feeling anything but ready. There is still much to be resolved around the UK’s future relationship with the EU, much of which will have a sizeable impact on both advertising agencies and consultancies.

For now, not much has changed. Following the UK’s departure from the European Union, a transition period was immediately triggered, during which it effectively remains in the EU’s customs union and single market, while sitting outside of its political institutions.

During this transition period, the UK will look to agree and ratify a new trade deal with the EU to determine the future terms of trade. But the transition period is currently set to end on December 31st this year, and British Prime Minister Boris Johnson has said he won’t look to extend this date. Thus, if no new trade deal is sealed by the end of the year, terms of trade between the UK and the EU will fall back to WTO rules – the terms of trade the UK and EU have set within the World Trade Organisation.

Some are concerned that businesses like ad agencies which fall within the services sector are more at risk at finding themselves in a no-deal scenario. The trade in goods is relatively straightforward – either certain goods will be subject to tariffs or they won’t – but the trade in services tends to be more complex.

Paul Hodges, chairman of Ready for Brexit, an independent organisation which advises businesses on how to prepare for Brexit, told VAN a no-deal for services scenario is still very much possible . “We still don’t know the government’s objectives for the trade deal negotiations, so it is very hard to predict the likely impact on services,” he said. “But at the moment, the mood music between the EU and UK is shifting towards a no-deal type Brexit scenario. [UK Chancellor of the Exchequer] Sajid Javid’s recent FT interview was very clear that the UK won’t remain in either the Single Market or Customs Union beyond the end of the year.”

The Advertising Association, a UK trade body representing agencies and advertisers, laid out three areas of business which are likely to be affected: movement of talent across borders, cross-border data flows, and running TV advertising campaigns on cross-border channels. How are these things likely to change?

Migration and movement of talent across borders is going to be one of the areas where we’ll almost certainly see significant change, given how central a topic it was in the Brexit debate. This relates both to agencies’ ability to attract talent from the EU to work full-time for British agencies (and vice versa), but also just to the ability to easily travel between the UK and EU for meetings.

“You want the ability to go to meetings and conduct business, to make short business trips, and to be able to do that without having visas or any other restrictions,” said Stephen Woodford, CEO of the Advertising Association. “You want to be able to meet clients as you can currently, you just get on a plane and go to Spain or France or Germany.”

The EU has made commitments within the WTO to make it easier for workers providing services to temporarily travel to the EU. But nonetheless Ready for Brexit’s Paul Hodges said that travel for work will likely be more onerous, especially when goods need to be moved across borders too.

And it will almost certainly become more difficult for UK agencies to hire talent from within Europe, given the extra paperwork and checks that each worker will need to go through to work in the UK. Phil Smith, director general of UK advertising trade group ISBA, said back in 2017 that restricted access to talent post-Brexit, and tech talent in particular, is a major concern.

For data flows meanwhile, any changes post-Brexit will be determined by whether the UK can reach a ‘data adequacy’ agreement with the EU. Data adequacy is a status granted to countries outside of the European Economic Area (EEA) whose data protection standards are comparable to the EU’s.

Without a data adequacy agreement, companies that transfer personal data for use in digital advertising will need to apply extra contractual safeguards, creating more data compliance headaches for the UK advertising industry.

Political think tank The Institute for Government says that these contracts “is a costly legal process which requires written agreement between the companies sending and receiving data,” adding that “SCCs are also currently subject to legal challenge before the European Court of Justice, so may no longer be valid in future. Some EU companies may choose to stop doing business with UK counterparts on account of the additional resource burden and legal uncertainty.”

Stephen Woodford said that there is good reason to be optimistic that the UK will be granted data adequacy. “We’ve taken the GDPR into British law, and we’ve got a very strong and well respected regulator in the ICO. There’s absolutely no technically why the UK shouldn’t be seen as an adequate country in terms of data protection,” he said. But he added that “all of these things are up for negotiation”.

The UK is one of the largest audiovisual markets in the EU, and many international broadcasters are headquartered here.

The EU’s ‘Country of Origin’ principle means that broadcasters are permitted to broadcast TV channels across the entire European Economic Area (EEA) so long as they comply with the rules of their host country, which of course must be a country from within the EEA. Up until Brexit, many were using their licenses from UK regulator Ofcom for EEA-wide broadcasting.

Many had hoped that a deal would be reached to allow for the continued use of Ofcom’s licenses, but so far this hasn’t happened. And broadcasters can’t wait until the deadline to see if their Ofcom licenses will still be valid in the EU post-Brexit so many have moved portions of their businesses abroad, including Discovery, Viacom, Sony and SPI International.

Many will likely simply maintain licenses within both the EU and the UK, assuming no deal is reached. But the Advertising Association says that the Country of Origin principle has been vital for creating a diverse ecosystem of cross border channels from which UK advertising can be carried. The loss of Ofcom’s status within the EU may cause a drop in the number of cross-border channels, thereby reducing advertisers’ access to TV inventory.

How Can Advertisers and Agencies Prepare?

With so much still up in the air, it’s hard for agencies and consultancies to know how to prepare themselves for January 31st next year.

“Nobody under 45-50 has any memory of what it was like to trade with the EU without the Single Market and Customs Union, which began in 1993,” said Ready for Brexit’s Paul Hodges. “So people ‘don’t know what they don’t know’, and that’s a very dangerous position as it creates the potential for a lot of nasty surprises.”

Damian Ryan, a partner in the M&A media team at accountancy firm BDO, said, “As with any imminent economic or political change that could impact business, the strength of relationships will be key.”

He said that agencies could be producing contingency plans with EU-based partners to ensure they’re still able to service their clients, no matter what sort of deal is reached. “Whether equity-based relationships or purely commercial, agency owners should commit resources now and examine collaborative-type deals and activities,” he said. “Clients don’t want the hassle of navigating their way from country to country. If agencies (and media owners too) can demonstrate a track record of proven success through cross border collaboration, this will help give clients the confidence they are in the right hands in a post-Brexit environment.”

The Advertising Association’s Stephen Woodford said the best advice is to keep very close to what’s happening with the ongoing negotiations, and to “hope for the best, but plan for the worst”.

“Let’s say we don’t have an agreement done by the end of the year,” he said. “You’d imagine that on January 1st, 2021, people will start saying ‘OK, we haven’t been able to reach an overarching agreement, so what’s going to replace that? Will there be a series of sector-by-sector agreements, will we maybe see an agreement on data?”

“Because our economies are so intertwined, and because it’s as important to the EU to get a deal as it is to the UK, you feel that in the end sanity will prevail, even if it’s not an overarching agreement,” he added.