The UK is Quickly Reaching its SVOD Saturation Point

The UK is Quickly Reaching its SVOD Saturation Point 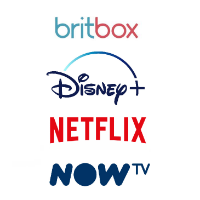 Sixty percent of UK consumers say £20 is the maximum they’re willing to pay per month for TV streaming services, according to research released today by The Trade Desk, with over a quarter (26 percent) saying that £10 is the most they’re willing to spend. The study, carried out by market research company Appinio, suggests that as the ‘streaming wars’ heat up in the UK, there will be plenty of opportunity for ad-supported streaming services where consumers reach their spending limits.

With a large number of new subscription video on-demand (SVOD) services either recently releasing, or set to be released over the next year, many have questioned how much room there is in the market for all these new paid services.

The Trade Desk’s figures suggests the answer is not much room at all. Currently the three biggest SVOD services in the UK, going by Ampere Analysis’ figures, are Netflix, Amazon Prime Video, and Now TV. At their cheapest possible price points, Netflix costs £5.99 per month, as does Prime Video, while Now TV costs £7.99 for its ‘Entertainment’ package, bringing the cost for all three combined to £19.97. So for the majority of consumers, subscribing to these three services already maxes out their SVOD budget.

When you add in the major new and upcoming services, these budgets get stretched further. The BBC and ITV’s paid service BritBox, which launched last week, costs £5.99. Disney+, which launched this week in the US and will go live in the UK next year, costs $6.99 in the US, so would be expected to cost at least the same in the UK (around £5.50). And Apple TV+, which also launched earlier this month, costs £4.99 per month.

As consumers reach their spending limits, The Trade Desk’s data suggested that many would be happy to see ads in lieu of paying for content. Fifty-nine percent said they would be happy to watch ads on Netflix-like services in exchange for ads, and 47 percent would be willing to watch some ads in order to get a cheaper price.

And ad-supported services will have the best chance of success if they ensure their ad experience is one which suits audiences’ expectations for streaming services, rather than a replica of linear TV’s ad break model. Eighty-seven percent of respondents said they would be open to seeing ads at least sometimes, if it meant they could watch the entire show afterwards for free, and without interruptions.

Dave Castell, GM of inventory and partnerships at The Trade Desk, emphasised the importance of getting the ad experience right. “I think consumers are clearly turned off by traditional methods of serving ads, so companies must be creative and innovative in how they incorporate advertising into the digital viewing experience,” he said. “That means new approaches to relevance and timing which improve the consumer experience and increase advertising value, which will help fund the amazing premium content we all enjoy.”