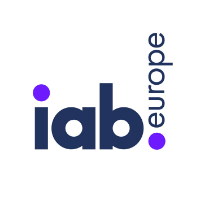 IAB Tech Lab’s ads.txt initiative, designed to help cut down ad fraud and domain spoofing in digital advertising, is being held back by low adoption and awareness from the buy-side, according to IAB Europe. IAB Europe’s ‘Attitudes to Programmatic Advertising 2019’ report, released today, found that while 56 percent of publishers sell the majority of their inventory with ads.txt files attached, only six percent of advertisers and 26 percent of agencies say the majority of the inventory they buy is verified by ads.txt.

IAB Europe’s report found that programmatic trading continues to account for a growing portion of digital ad spend. European programmatic revenues grew 33 percent year-on-year reaching €16.7 billion in 2018, according to the IAB’s findings. The survey found that more than half of all video inventory, as well as over 70 percent of display inventory, is now sold programmatically.

But while this growth is strong, concerns around fraud and transparency continue to limit this growth. And while ads.txt helps to address these concerns, it only truly works if all players in the ecosystem actually use it, which isn’t currently the case.

David Goddard, VP of global programmatic strategy at BBC Global News, said he is hopeful that the buy-side will catch up with the sell-side in terms of adoption. “I hope the release of this year’s ‘Attitudes to Programmatic Advertising’ report will be the catalyst for greater levels of app-ads.txt adoption for publishers, increasing the volume of inventory that is verified, whilst increasing buy-side awareness of this simple, yet effective tool to tackle transparency and quality concerns,” he said.

Townsend Feehand, CEO of IAB Europe, said that the organisation will be working with its members to help address this low level of adoption, as well as other issues around supply-chain transparency and a lack of available talent which continue to hold back programmatic trading.