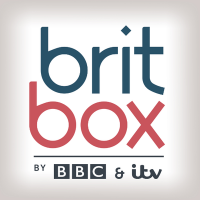 UK broadcasters got something of a wake-up call last year when Ofcom reported that paid subscriptions to video on-demand services in the UK have overtaken subscriptions to traditional pay-TV services. In response, broadcasters have been launching their own paid services, with ITV’s recently announced ‘Britbox’ one of the more notable examples. Here Mark Hudson, head of business intelligence at TVSquared, argues that broadcasters will find the most success if they seek co-existence with the streaming giants, rather than trying to out compete them.

If imitation is the sincerest form of flattery, U.S. streaming giants are receiving a serious ego boost. In recent months, a flurry of UK broadcasters – including Channel 4, ITV and the BBC – have announced plans to increase their digital presence with new ad-free, paid services that rival the likes of Netflix, Amazon and Hulu.

But these strategic moves come with some risk. Not only are consumers already spoilt for subscription choices, but at a time when linear TV has only experimented with free, ad-supported streaming services – such as All4, ITV Hub and BBC iPlayer – it’s an interesting move to go up against the global giants with paid-for services. In the long-term, broadcasters are more likely to find that the best route for success lies in co-existence with streaming players by retaining a mix of monetisation approaches.

TV Aims to Cash in on Digital

Ranked as Europe’s most mature over-the-top (OTT) market, the UK is seeing audiences increasingly divided across platforms. So, it makes sense that broadcasters are keen to expand digital reach and drive additional revenue. To start, they created video on-demand (VOD) services: All4, ITV Hub and BBC iPlayer. Now, they are looking to closely mimic OTT platforms with ad-free versions, such as All4+ and Britbox – the imminent BBC/ITV collaboration. Plus, it’s rumoured Channel 4 and Sky could soon be sharing programmes via another online service.

Ofcom has praised Britbox as an example of UK broadcasters uniting “to keep pace with global players, by offering quality UK content that’s available to viewers whenever and however they want.”

Can Britbox and Netflix Co-Exist?

Britbox will deal Netflix a sizeable content blow by removing archive ITV and BBC material, such as the four-season-strong “Peaky Blinders.” It remains to be seen if Netflix will fight to keep popular TV series, as it did in the U.S., paying almost $80 million to keep streaming “Friends” for one additional year.

A challenge will be how many consumers are willing to pay, as 15.5 million Brits already spend large sums for ad-free access to TV streaming services. And broadcasters have a long way to go before they rival the likes of Netflix and Amazon Prime. Currently, ITV Hub has 25 million subscribers and All4 boasts a user base of 18 million. To compete with Netflix on a global level, broadcasters must up these levels to almost 150 million, which is an extremely optimistic goal. However, starting with the UK market, the legacy broadcasters are already one step ahead as Netflix’s UK subscriber base currently sits around 10 million.

This isn’t to say the digital ventures of TV networks won’t be successful on a global scale. But it does mean broadcasters are unlikely to achieve the massive user numbers needed for entirely ad-free monetisation models to function effectively. Unless they opt for total collaboration – pooling programmes from all channels to create one hybrid platform that works across all devices.

What Next for TV?

Ultimately, going subscription-only isn’t a viable long-term solution for broadcasters. Aside from the difficulty of matching streaming providers’ prowess, there is the fact consumers still want to choose how they consume and support content. YouTube adjusted its paywall strategy to offer “Originals” content through both a subscription via YouTube Premium and an ad-supported option.

In the immediate future, broadcasters should be focused on flexibility to avoid alienating viewers who don’t want to pay for content. Broadcasters will instead offer online and linear content; funded by a mix of ads, SVOD and product placements. And because they will be bringing a unique blend of multi-channel services to the table, it will be easier for broadcasters to co-exist with streaming providers instead of trying to compete.