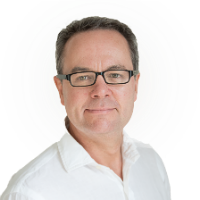 Many of the changes 4G bought to media and advertising were hard to see coming, and similarly it’s difficult to say with much certainty what exact effects 5G will have. But video advertising will almost certainly see a big impact says Chris Bennett, managing director, EMEA at Pixability. In this piece Bennett predicts how advertisers will take advantage of 5G’s faster speeds for video ads, and which players are likely to be leading the way.

With enabled devices hitting the shelves in summer, 5G is finally set to become a reality for consumers this year. With its promise of vastly improved phone and internet connectivity and the realisation of a host of smart tech developments, what does this mean for the future of video, and more specifically, video advertising?

The next generation of mobile technology will bring “a new era for the way we live our lives” – making driverless cars, cloud gaming, and augmented sports experiences the norm. And in a world where everything is ultra-fast and hyper-connected, there will also be greater opportunities for video content consumption, allowing video ads to achieve greater cut through, impact and engagement.

While estimates vary, 5G is universally expected to be fast. High predictions point to speeds 1,000 times greater than 4G, and even at the low end of the scale, download capacity is set to hit 1-10 GB per second; as compared to 300MBps-1GBps for 4G LTE networks. From an advertising perspective, the most hotly-anticipated effect of this is reduced latency; faster page loads – with potentially one millisecond of lag –meaning content and ads render before audiences are tempted to click away – improving both experience and exposure.

But the benefits of 5G aren’t restricted to preventing audience drop off. It is set to super-size bandwidth capacity, which means more connected devices – about 50 billion by 2020 – and significantly improved reach for advertisers. Then there are the possibilities created by high-speed data exchanges. With rapid processing power will come improved programmatic efficiency that increases inventory availability via automated channels, and the chance to expand video campaign scope.

Video ad potential has so far been limited by multiple factors, the majority of which stem from the fact consumption is mobile-centric – last year alone, mobile devices accounted for 75 percent of digital video viewing worldwide according to eMarketer. The key problem with this is that delivering high-resolution formats has put user resources under strain; with ads requiring considerable battery power and data to load. As a result, many advertisers have weighed the advantages of innovative ads against possible user dissatisfaction and opted for standard video, which has kept ad quality and engagement low.

But 5G could mean sizeable changes. Super-fast downloads and cloud-based data management are poised to take the pressure off user devices. So, not only will 5G allow audiences to stream once data-intensive content – loading 1GB films in four seconds – but advertisers will also be free to experiment. Just as personal messaging moved from voice to text, picture and then video, the industry will see an explosion of richer ad experiences that are better suited to mobile.

At a practical level, this is likely to include increased personalisation and interactivity. Using speedy connections, advertisers will have the means to serve tailored 4K video ads that sync across multiple channels to tell consistent stories. And with fast data retrieval, they will also be able to measure their impact in near real time. Plus, we can also expect a rise in augmented and virtual reality applications, particularly when it comes to live sports. Verizon and BT have already announced plans to revamp the sports experience via AR video overlays, and social disruptors are building content designed to offer better interaction for digital-first fans. It will only be a matter of time before bespoke AR and VR ads become an intrinsic part of the action.

The exact path 5G ads will take is unknown. It’s likely major players such as Amazon, Google, and Facebook will lead the way, not only due to their firm mobile standing, but also the vast engineering and publishing resources that will enable them to keep up with the new super highway, and dominate consumer time. In fact, infrastructure will be one of the most significant hurdles for those hoping to utilise 5G in years to come. From an operator standpoint alone, building enough cellular towers to carry extensive but short 5G frequencies will require huge investment.

The good news is progress is being made quickly; AT&T has released its 5G network in 12 cities and Verizon’s 5G home internet landed late last year. Going forward, advertisers will need to start diverting both creative attention and more media budget to high-resolution ads. They will also need programmatic tech that can handle increased quantities of data at speed and smart tracking tools if they are to ensure high-quality and potentially expensive video ads fuel strong enough returns. The latest evolution of 5G-enabled mobile will add unrivalled force to video campaigns, but as ever in our industry, expert execution and best-in-class technology will be paramount to realising the opportunity for brands.