How the Duopoly’s Brand Safety Scandals are Hurting News Publishers

How the Duopoly’s Brand Safety Scandals are Hurting News Publishers 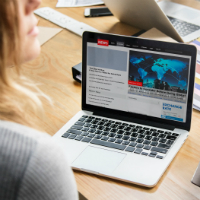 Many publishers and broadcasters have seen the brand safety scandals that have bogged down Facebook and YouTube over the past few years as an opportunity to capitalise on advertiser disillusionment with “the duopoly”. But some news publishers have found themselves dragged down with the social platforms, with advertisers becoming hyper-cautious about running ads next to anything controversial.

Brand safety has always been an issue for news publishers, both in print and on digital. Given the sensitive and often unhappy nature of news stories, there have always been topics which advertisers don’t want to be associated with. For example, news publishers know an airline will want to be sure its ads don’t run next to stories about air disasters.

However, advertisers have become much more cautious around news content too as a result of the brand safety woes on YouTube and Facebook. Many now run campaigns with keyword exclusion lists that are extremely restrictive on where ads can run.

Bethan Crockett, digital risk director at GroupM EMEA, says it’s fairly standard nowadays for contracts to contain clauses around contextual adjacency, in which the brand will list topics they don’t want their ads to be associated with. However they have usually tended to recognise there’s an exception when running on news publications.

But she says that over the past 12-18 months, she’s seen a clear increase in the number of brands taking more control of their ad placements, and in some cases being extremely cautious even around news content.

Hamish Nicklin, CRO at the Guardian, agrees that while advertisers in the past accepted that running ads on front-page content meant often appearing next to hard hitting news stories, some seem no longer willing to accept this trade off.

“When you buy a newspaper ad, what buyers want is to be right at the front of the newspaper. What’s the content that’s at the front of the paper? It’s the hard hitting news and politics, said Nicklin, speaking at New Video Frontiers last month. “And it’s been understood and accepted that that’s the way you’ll place advertising for many, many years.” But now Nicklin says he talks with media buyers who have keyword exclusion lists which rule out about eighty percent of the Guardian’s content.

Cordelia Wagner from IP Deutschland (which handles ad sales for RTL Deutschland and also video ad sales for Gruner + Jahr through the Ad Alliance) gave an example of the effects these keyword exclusions can have. “We had advertisers say that don’t want to be anywhere near ISIS, and we say to them if you want to book a news brand for your video advertising, there is no way you can always avoid that. Because if a terrorist attack happens, in all likelihood it’ll be linked to ISIS, or people will speculate around links to ISIS. So if you blacklist that, chances are you’ll never be on our website.”

Nicklin had an even more extreme example. He said he’d spoken to one buyer who had included ‘is’ on their keyword exclusion list, attempting to cut out any articles relating to Islamic State.

In some ways it seems illogical that the tech giants’ brand safety problems have impacted traditional news publishers, since posting ads next to problematic content on YouTube and on news content is fundamentally different.

Ads on YouTube content directly fund whoever created it. So in cases like Logan Paul’s, who came under criticism earlier this year for posting videos in which he filmed a victim of suicide while making light of the subject, advertisers are actively funding this sort of content by running ads alongside it.

Ads on news content though don’t have the same effect. In the case of advertising next to terror-related content, the brand is funding journalists reporting on terrorist groups, rather than the terrorist groups themselves.

But as Crockett pointed out, these specifics can be lost whenever brands get publicly called out for their ads appearing next to sensitive content. She believes this is part of the reason why it tends to be massive global brands which are cautious around news content, since they are most likely to be picked out by the media.

Crockett says the solution is partly an issue of education, with brands needing to understand the brand safety controls that news publishers already have.

She says that GroupM talks with news publishers about their existing brand safety controls so they can keep their clients filled in. Many news publishers will already have controls in place to make sure that, to use the above example, flight tickets and holidays aren’t advertised next to content about air disasters. Some will also choose to not show ads at all on live news updates relating to terrorist incidents and the like.

Wagner says she has also been trying to educate brands about the relative safety of news content. “After about a year of feeling like a missionary in a remote part of the world, people are beginning to see that brand safety is at the core of proper media,” she said. “We’re not YouTube, not everyone can upload what they want. We’ve got a team of editors that look out for anything that’s not validated and for fake news. So wherever you are in the advertising environment, you’re brand safe. You might not like the topic, but you’re brand safe.”

Other publishers are doing the same. Meredith Artley, SVP and editor-in-chief of CNN Digital Worldwide, spoke at the 2018 Collision conference earlier this year about the need for a new definition for brand safety. “It’s not about marketers not wanting to be next to so-called bad content. It’s about marketers wanting to be inside of the umbrella of a trusted news brand,” she said.

Crockett says she also talks with clients about the dangers of overly restrictive keyword exclusion lists. “When a clients asks for a keyword blacklist, we have one for breaking news, but it’s a really limited list of about 25 words that are the worst of the worst,” she said. “And we explain to clients about the risk of putting in extra words, and how it can block content and harm their reach and readership.”

But she emphasised that in her experience, the number of marketers that need to be educated is relatively small, with the majority still happy to advertise next to news content as they always have. “I’d still say eighty percent of advertisers who buy across digital news publications are still happy with the controls that are in place,” she said.