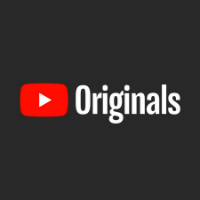 YouTube today announced a significant shift in its original content strategy, announcing that it will make all of its original programming ad-supported from 2020. Original content was previously restricted to subscribers to YouTube Premium (previously YouTube Red), but the company said the decision to make this content free is designed to help it reach a larger audience.

YouTube says the decision isn’t a result of YouTube Originals failing to bring in subscribers, but rather a reaction to advertiser demands to be associated with the platform’s most previous content. However, Hollywood Reporter claims that sources with knowledge of YouTube’s plans say the company is significantly scaling back its scripted output, as it has failed to gain much traction.

It’s hard to gauge exactly how successful YouTube’s original content strategy has been so far, as the company doesn’t reveal details on YouTube Premium’s subscriber count. A report from The Verge in 2016 claimed that over its first year the service only picked up 1.5 million paying subscribers, though YouTube has neither confirmed or denied these figures.

The company has has notable troubles with the content itself though, as a few of its creators have found themselves at the centre of scandals. YouTuber PewDiePie had his YouTube Original series ‘Scare PewDiePie’ cancelled following controversy over content seen by some as anti-semetic, while a YouTube original film starring Logan Paul was shelved earlier this year after Paul came under fire for posting videos making light of suicide (though Paul’s film has now been released).

For a long time there was limited access to this original content too, as YouTube Premium has been quite slow to roll out globally. Following its initial launch in the US in 2015,  it was only made available in Mexico, Australia, New Zealand and South Korea until earlier this year, when it expanded into Canada and 11 European markets including the UK, France and Germany.

The fact that the company is forging ahead with its expansion though, regardless of how slowly its doing so, does indicate that it’s not been an outright failure as some might suggest.