Advertisers and Agencies Struggle with ‘One Size Fits All’ Viewability Standards

Advertisers and Agencies Struggle with ‘One Size Fits All’ Viewability Standards 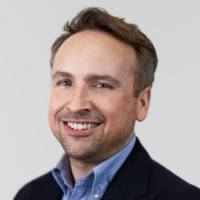 Measurement and analytics company Integral Ad Science (IAS) last week launched a new blocking capability that it says enables advertisers to protect their ads from risky content and ad fraud regardless of the ad server they are using. In this Q&A, EMEA MD, Nick Morley discusses how advertisers can best protect their video advertising, whether current viewability standards go far enough, and what the industry must focus on in order to increase digital video investment

Video inventory is extremely valuable as it provides an opportunity for advertisers to capitalise on not only sight, but sound and motion to capture consumer attention – and therefore tends to come at a premium. At IAS, video blocking prevents video ads from appearing next to inappropriate content, or being served  in environments known to be fraudulent.

Our new solution builds upon IAS’ current blocking technology across desktop and mobile web. Our enhanced video wrapper tag allows advertisers to further protect their ads from fraud and brand risk in real-time, regardless of the ad server they are using. This gives advertisers increased insight into how best to carry out their video campaigns, protect their investment across all devices, and optimise to objectives.

There’s a lot of talk at the moment of changing viewability standards, do you think current standards, such as the MRC, need updating?

Our UK Media Quality Report data from H2 2017 suggests that just over half (53.3 percent) of display ads meet the MRC standard, jumping to two-thirds (66.2 percent) for desktop video impressions. While the MRC standard provides the industry with a good baseline, we now need to strive to understand the best metrics possible to drive efficiencies for each campaign.

Increasingly, we are seeing major holding groups and brands setting their own custom metrics. For example, GroupM now only considers a video ad as viewable when 100 percent of the video is in view for 50 percent of its duration. We support many of these custom standards as we have seen agencies and advertisers alike struggle with a one-size-fits-all approach to viewability.

Whether standards are based on MRC guidelines or custom metrics, the industry should shift focus to understanding whether the ad has been effective. Step one is ensuring the media quality factors of viewability, brand risk, and ad fraud are addressed, before advertisers can move to step two, to determine metrics such as ad exposure duration across a campaign, as well as any correlation with increased brand awareness and sales.

The IAB released an interesting report recently showing that advertisers don’t actually use the KPIs they claim to value most. Why do you think this is, and what would encourage advertisers to break out of these habits?

The report highlights that there are demands within our industry that are not being met or addressed.  It is not uncommon to see a gap between what KPIs the industry would like to utilise and those actually being implemented. For example, in the report, interaction with an ad is ranked as important by 82 percent vs 19 percent in practice, while 59 percent cite brand safe, non-fraudulent impressions as important vs only 19 percent who measure against these media quality factors in reality. Even viewability is ranked as important by 85 percent but presently considered by only 30 percent of advertisers as a KPI.

There can at times be technical limitations as to why these KPIs are not measured but mostly, this is down to how quickly digital has grown, and as the industry scales its technology across devices it’s challenging to keep up with consumer behaviours. It is why at IAS we have worked tirelessly to provide greater insight into how, when, and where people are engaging with ads, including video, so both the buy and sell side are well positioned to optimise against KPI targets.

Video is an engaging and fast-growing format, with global digital video ad spend predicted to reach $32 billion in 2018 – so it’s no surprise the format is attractive to fraudsters who simply follow the money trail.

Our Media Quality Report data from H2 2017 found that – when no ad fraud prevention strategy or technology is used – global desktop video attracts a fraud rate of 7.2 percent, while global mobile web video attracts a fraud rate of 5.4 percent. Interestingly, when ad fraud prevention technology is in place, these decrease significantly to 1.4 percent and 0.4 percent respectively. Clearly, with the right technology in place to block fraud, advertisers can minimise the risk and wastage to their video spend.

There is clearly a huge demand for video inventory and this demand is driving up costs. The industry needs to work to protect campaign investment and drive performance. There are solutions out there today that brands can employ, such as real-time blocking to prevent unsafe or fraudulent impressions, and for programmatic buys, there are pre-bid targeting segments integrated within every major DSP that will help video advertisers achieve the best possible performance with reduced wastage – only bidding on impressions that are fraud free and align with a brand’s image.