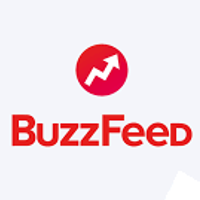 BuzzFeed News, the newly separated news arm of social publisher BuzzFeed, will begin asking users for donations to support its journalism according to a report from the Wall Street Journal. The company plans to ask readers to “help us report to you”, and will accept donations of between $5-$100, which could potentially be a precursor to the introduction of a membership system.

Those who donate will get additional benefits, such as updates on big investigations conducted by BuzzFeed News, as well as new programming released on the site. However no content will be restricted only to those who have donated yet, and a person familiar with the programme said that the company has no plans to charge readers for content.

While it’s fairly common for publishers to ask for donations or have paywalls on some content, BuzzFeed’s decision to so do seems particularly significant. It is after all the type of new media company which many believed would thrive on advertising as social media has become more and more important for distribution of news and digital content.

Buzzfeed’s CEO John Peretti has been vocal about the issue in the past. Earlier this year, he called on Facebook to share revenue with quality publishers, saying that while most of Facebook’s revenue comes from its News Feed, it doesn’t share this income with the publishers and content creators which actually populate the News Feed.

It’s worth noting that the donations will be specifically for BuzzFeed’s more serious journalism, hosted on buzzfeednews.com, rather than its more casual ‘listicle’ content. In some ways though this is even more significant, as it suggests that while shareable, entertaining content can be sufficiently supported by ad money, serious news reporting cannot.

BuzzFeed said it was inspired after seeing the like of the Guardian draw in considerable revenue through donations. “Following some of our peers in the industry, we see this as one more way to support our reporting and keep BuzzFeed News free for everyone,” said Matt Mittenthal, a spokesman for BuzzFeed News.

But the publisher has had its share of struggles recently. While BuzzFeed is still growing faster than traditional media outlets, it missed its revenue targets last year by a reported 15-20 percent. The company has had a couple of rounds of layoffs over past year too and shut down the French version of its site earlier this summer, as it’s restructured to try to reduce costs.