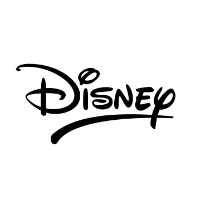 Disney’s chairman and CEO Bob Iger has revealed fresh details around the media giant’s upcoming streaming service, touted to be a competitor to the likes of Netflix and Amazon Prime. Iger, speaking on a conference call after Disney’s Q3 financial results, spoke of the “tremendous potential” he sees in Disney’s direct-to-consumer services, particularly following the company’s acquisition of 21st Century Fox.

Disney’s earnings themselves were slightly disappointing, with quarterly revenue of $15.2 billion falling short of analysts’ $15.4 billion expectations. Investors on the subsequent earnings call however were much more interested to hear further information about the company’s in-development streaming service, which Iger said is “on track for a late 2019 launch”, and described as the company’s “biggest priority of the 2019 calendar year”.

Iger said he believes the addition of Fox’s portfolio of content will help make Disney’s streaming service “even more compelling for consumers”. The company already had quite a formidable content catalogue before the acquisition, bolstered by the takeover of studios including Pixar, Marvel and Lucasfilm. The Fox purchase will bring brands such as Searchlight, FX, National Geographic and 20th Century Fox Film under Disney’s roof, adding more variety to content that could be available in Disney’s streaming service.

Iger emphasised that integration of Fox properties into Disney’s direct-to-consumer strategy won’t come at the expense of the movie theatre experience. “We’re obviously very excited to leverage the Fox assets to enhance and accelerate our DTC strategy, but I want to be clear that we remain incredibly supportive and enthusiastic about the movie theatre experience,” he said.

In the Q&A section of the call, investors and analysts were hungry for more specific detail about what Disney’s strategy for its streaming service will be, with Iger giving fresh insight into the company’s plans for the service..

When asked about Disney’s decision to split content over multiple streaming platforms, Iger said the company prefers to offer narrower packages of content at a cheaper price, as opposed to a more Netflix-like model which offers a very wide library of films and TV shows. Disney’s acquisition of Fox will grant it a 60 percent stake in Hulu, and the launch of ‘Disneyflix’ alongside the existing ESPN app will mean content is spread across three different services, but Iger believes this reflects consumers’ desire to pick and choose which content they have access to.

“Rather than one, let’s call it, gigantic aggregated play, we’re going to bring to the market what we’ve already brought to market, sports play,” said Iger. “I’ll call it Disney Play, which is more family-oriented. And then, of course, there’s Hulu. And they will basically be designed to attract different tastes and different segment or audience demographics.”

Iger also shed light on how the company plans to handle issues around existing licensing deals for some of its content. As Sanford Bernstein analyst Todd Juenger pointed out, popular film franchises like Star Wars and the Marvel Cinematic Universe are already tied into distribution deals with other streaming services.

Iger confirmed that some content produced by Disney-owned studios won’t be available on Disney’s streaming service, at least initially, with Star Wars: The Force Awakens for example being unavailable due to an existing distribution deal. He said however that in some of these deals, there will be opportunities down the road to put those films on Disney’s service, and that any content produced from 2019 and beyond will be unencumbered by any such deals. “What we have been doing is making sure that since the time that we made the decision to bring the service out, we’ve not done anything that further encumbers any of our product,” he said.

These licensing issues could be a potential stumbling block for the launch of the new streaming service, with some of the key films and franchises fans would expect to be available missing from the service. Iger said however that he believes the content slate for 2019 is very strong, and that Disney will be careful to communicate clearly with consumers what will and will not be available.

Disney says it will share more information about its direct-to-consumer plans at an investor presentation in the near future.