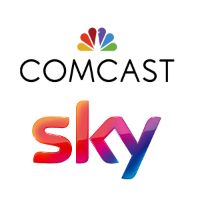 US cable giant Comcast has put in a £22.1 billion bid for Sky, an attempt to gatecrash 21st Century Fox’s ongoing takeover attempt which has found itself help up by the UK’s competition authority. Comcast’s offer of £12.50 per share represents a 16 percent premium to shareholders over Fox’s bid for the 61 percent of Sky it doesn’t already own.

The move is framed by Comcast CEO Brian L. Roberts as a way for the America’s biggest cable company to establish itself further in Europe.

“Sky and Comcast are a perfect fit: we are both leaders in creating and distributing content,” said Roberts. “Comcast intends to use Sky as a platform for growth in Europe. We already have a strong presence in London through our NBC Universal international operations, and we intend to maintain Sky’s UK headquarters.”

“Adding Sky to the Comcast family of businesses will increase our international revenues from 9% to 25% of company revenues.”

Comcast had previously made efforts to acquire 21st Century Fox itself, but Disney saw off that challenge, and announced its own takeover of Fox last December.

The deal itself is now under review by US competition authorities, and is affected by Fox’s stalling bid for Sky.

Fox first put in a bid for full control of Sky back in December 2016, but the UK’s Competition and Markets Authority has put the breaks on the deal, due to fears that the takeover would give the Murdoch Family Trust too much control over the British media landscape.

Rupert Murdoch has pledged to strengthen Sky News’ independence, and to fund it for ten years, in an effort to appease competition watchdogs. The competition authority itself has said that if Sky News was to be divested or spun off from Sky itself, the takeover might be given the go ahead.

Takeover bids between big players in the TV world are coming thick and fast at a time when traditional broadcasters are facing something of an existential threat from digital competitors. It’s not surprising that Sky is attracting multiple suitors. The company offers a strong presence in the UK, where it’s found in 23 million homes, but perhaps more importantly has established itself as a European leader in addressable TV advertising through its AdSmart product.

Comcast has been pushing into addressable TV advertising in the States. Its subsidiary FreeWheel seeks to enable planning across TV and digital, and allows ads to be targeted on set-top box (STB) video on-demand (VOD) content. Comcast also bought out linear addressable TV specialist Visible World, which has since been folded into FreeWheel. FreeWheel itself is already a heavyweight in the TV ad tech world, so Sky’s addition to this ad tech stack would considerably strengthen Comcast’s already strong ad offering.

The company has shown itself as keen develop its addressable offering further. Comcast Media 360’s SVP Kevin Smith said back in 2016 that Comcast sees benefits to addressable TV providing more accountability for advertising spending, and that it’s an evolving part of Comcast’s wider strategy. Comcast’s Advanced Advertising Group also announced last year the development of a ‘Blockchain Insights Platform’, which it hopes will facilitate the secure exchange of audience insights for addressable TV advertising.

Fox has also been experimenting in the addressable TV advertising space. This has partly been in partnership with Comcast, as Fox started delivering targeted ads on VOD content over Comcast STBs last year, as well as in streaming content on Hulu. Fox has also signed up to offer inventory to GroupM’s addressable TV outfit Finecast, though again this is limited to VOD content.

Fox has a proprietary offering too, Fox AIM, which offers data-driven buying on linear TV, though this falls short of what would generally be classed as true addressable TV advertising.

While Fox perhaps has the most to gain from a Sky takeover in terms of bolstering its ad tech offering, Comcast clearly has ambitions to strengthen its European presence, and would itself benefit from Sky’s AdSmart.

Whichever company ends up winning, it may well cost more than Comcast’s current £22 billion bid. Sky’s share price rose to over £13, suggesting that investors anticipate a bidding war between the two to drive up share prices further.