Facebook Just Moved the Goal Posts for Publishers, and Many Think Google’s About To. So What’s Next for Monetisation?

Facebook Just Moved the Goal Posts for Publishers, and Many Think Google’s About To. So What’s Next for Monetisation? 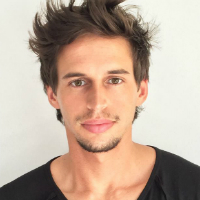 Google is set to release an update for Chrome tomorrow that will add a built-in ad blocker to the browser, which Google says will target intrusive ad formats. In the eyes of some publishers though, Google’s update is another example of tech companies cutting off their revenue streams, following Facebook’s recent deprioritisation of publisher content in the News Feed. Here Mor Sidi, director of growth at Disney-backed storytelling platform Playbuzz, explains why he thinks publishers should boost organic shares and invest in new formats to stay ahead of the curve in light of these changes.

With Google acting as one of the key gatekeepers of digital advertising – to an extent that some may use the word over-policing – it’s time the company has a transparent conversation in regards to what defines a “good ad” so media owners aren’t left reeling after every single UX change. As one half of the digital duopoly, one could say that Google is ethically required to initiate a two-sided dialogue with publishers as companies are on the line.

Until that happens, here are three strategies publishers can explore in order to diversify their revenue stream and stay ahead of the ever-changing media landscape.

1) Increase reach via engagement to boost organic shares
With readers spending an average of 15 seconds or less on a piece of content, publishers are starting to realize they need to experiment with more engaging, creative methods to harness readers’ fleeting attention spans. And it’s actually not as hard as some may think. Understand your core audience and what compels them to engage so you can create personalized content that they’ll be excited to share. This could come in the form of interactive stories that incorporate polls, quizzes or ranked lists with results customized based on readers’ engagement. In fact, our data shows that incorporating interactive storytelling tools into your content can boost dwell time by 20%, and the higher the dwell time, the more fruitful the monetisation opportunities are. Keep testing various strategies that incorporate interactivity until you find the recipe for quality exposure and reach.

2) Test new and innovative monetisation products
Forget about the quantity of ads and focus on the quality. If your reach is decreasing, use tools that both increase ROI and foster valuable engagement. With clicks becoming meaningless, what constitutes success has shifted. Ad products focused on engagement-based KPIs that show meaningful reader consumption – such as engagements, dwell time and completion rates – are the catalyst to a positive UX, reader loyalty and the ability for publishers to monetise better.

Try out monetisation methods that are considered content units, rather than ad units according to Google’s policy, as they can be incremental to your existing revenue. Third party providers offer solutions including long-form, branded stories as well as instream video players chock-full of relevant content based on readers’ editorial preferences.

3) Expand your video inventory
Publishers are realizing that pivoting to video just to check a box can result in low-quality videos and in the long-term, decreased readership. And whereas video should not be used as a replacement for text posts, publishers certainly can monetise via video by embedding quality, relevant ones into their editorial. Consider using in-stream video players that garner high CPMs, many of which are in complete compliance with Google’s regulations. Solutions such as these boast features like sticky mode and autoplay control that increase visibility and give power to the reader.

Monetise outside the box

Although Google’s changes may seem bleak, it’s never a good idea to become too dependent on one source of income. There are loads of ways to make up for losses in revenue, and broadening your reach by adding new video and interactive monetisation opportunities is just the tip of the iceberg. The place (and tolerance) for intrusive ads is quickly evaporating – either adapt, or risk extinction.