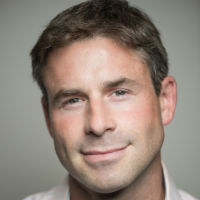 VidMob, a video creation marketplace which announced this week that is has raised $7.5 million in funding, is seeking to make the process of video creation easier for marketers. The platform connects brands to people with skills relevant to video creation, and its founder and CEO Alex Collmer believes it meets a demand from agencies and brands to be able to produce high volumes of video content in a short space of time. While some companies are experimenting with using AI to create multiple variants of one piece of content, Collmer’s platform attempts to tackle the problem of mass video creation by making human creativity more scalable instead.

Brands and agencies who upload their brief and assets onto VidMob’s platform choose individuals from a curated list take on the various aspects of the brief. The chosen participants are effectively then hired by the brand or agency, and will work with the client through a workflow interface to create a video ad to their standards. The platform is also available through an API available for ad tech partners to include in the creative services they offer.

Collmer says VidMob was a response to what he sees as a change of the internet from being a text-based platform to primarily video based, requiring brands to create video ads on a much larger scale than they had previously, while retaining a high level of quality. “Our view was that brands were not going to be able to create emotionally resonant, effective video communications algorithmically, but ultimately that was still going to have to be a human based endeavour,” he told VAN.

Vidmob steers clear of the competition model used by similar video creation platforms whereby creators compete to win a brief; instead clients choose from a curated talent pool, based on their previous work and VidMob’s recommendations. Collmer says this process allows his company to perform a sort of incremental quality control, constantly assessing the capabilities of the talent pool, which allows creators to specialise in certain areas and improves the efficiency of the system.

Much of the talent will specialise in optimising content for a particular social media platform. Demand has been heaviest for social video, with brands looking to optimise their content for different platforms, and VidMob’s partnerships with platforms like Facebook and Snapchat allows it insight into best practices for creating content these platforms. “We work as partners with agencies where they’re still going to make a singular, beautifully produced asset, and then they turn to VidMob to take that asset and turn it into 20 testable variants on Facebook,” explained Collmer. He says that his company creates more video ads for Facebook, Snapchat, Pinterest and Twitter than anyone else in the world, and that around 50 percent of the work done for Facebook and Snapchat is turned around in 48 hours or less. This demand is largely driven by platforms sending advertisers Vidmob’s way, but as GroupM’s UK marketing forecast outlined earlier this week, brands might soon be incentivised to make their content ‘fit for platform’ over the coming year as digital ad costs look set to rise.

These partnerships with social media platforms also give VidMob access to analytics data, which can then be used to monitor which ads are performing well, and react to data in real time. Collmer believes we are entering a world where “the asset becomes a liquid experience that evolves over time.”

Providing brands with direct access to creative professionals could be seen by some as an opportunity to cut out agencies in a time where advertisers are talking more and more about in-housing. Collmer says this isn’t necessarily the case though; many come to VidMob through their agency, or alongside their agency, and agencies still and many cases play a big part in creating the brief and managing the project.

With the money raised VidMob will grow its existing offices and improve its technology, with a view to making the creative process more efficient and reactive. Collmer says in particular he wants to manipulate the data on how ads are performing more actionable, allowing the creative to be tweaked in response. With his belief that ads are becoming a fluid medium, Collmer says this responsiveness will be something that can always be improved on.