Altice USA is Expected to Raise $1.35 Billion in IPO

Altice USA is Expected to Raise $1.35 Billion in IPO 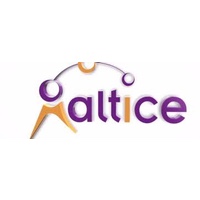 Altice have announced that Altice USA it to launch its initial public offering (IPO), by selling more than 46.55 million shares of Class A common stock, which is expected to be priced at $27 to $31 per share. That would value the IPO at around $1.35 billion, which would generate significant additional revenue for the company which is already the fourth-largest US cable operator behind Comcast, Charter Communications and Cox Communications.

The company was founded in 2001 by entrepreneur Patrick Drahi and since then it has made a number of interesting moves into telecommunications, content, media, entertainment and advertising. On the video side, the company acquired Teads, perhaps the best-known outstream advertising provider.

Altice also acquired SFR, France’s second largest wireless operator,  and US cable operators, Cablevision (one of the world’s most advanced companies when it comes to addressable TV advertising) and Suddenlink. Both of those US acquisitions were announced within months of one another last year

Last month Altice announced they intend to united the companies by rebranding them under the ‘Altice’ banner to unite their brands around the world (a number of companies will not be rebranded, including Teads). Altice is already listed in the Netherlands where it has a market cap of €35.5 billion. However, the company has borrowed heavily to fund its various acquisition deals and has debt of about €50bn, according to Dexter Goei, chief executive of Altice USA.

A new pool of Altice cash for acquisitions is likely to be welcome news to companies in the video and TV ad tech space who are still hoping to be acquired. Altice appear to have developed a taste for data-driven advertising, embrace disruptive approaches to innovation and have a track record of making the best out of the opportunities that exist by combining their telco, media and data assets.