Vivendi and Havas’s Deal: the Implications for Video

Vivendi and Havas’s Deal: the Implications for Video 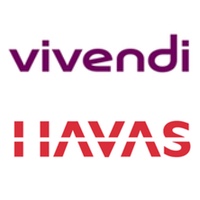 Vivendi confirmed yesterday that it is going to buy Groupe Bolloré’s 60 percent stake in Havas, with the media giant offering €9.25 a share. The move pushes Vivendi’s chairman and most dominant shareholder Vincent Bolloré closer to consolidating his media empire which now spans a number of Vivendia, which itself is composed of a number of French and global media giants, alongside Telecom Italia and — assuming the deal is gets the nod from the competition regulators — one of the world’s leading agencies, where Bolloré’s son is CEO.

At Advertising Week Europe earlier this year, The Drum reported that Martin Sorrell commented on the prospect of the deal, “I find it fascinating example of someone who owns media, content and a telecoms platform, and an agency. It’s never been done before.”  However, he also noted of course that there is “all sorts of potential for conflict of interest” he applauded that Bolloré is unifying “in a seemingly serendipitous way”a number of sectors.

Vivendi owns a number of companies, including*:

In spite of the perceived conflicts of interest, Vivendi’s executives aren’t shying away from the fact that the plan is for a united offering. Arnaud de Puyfontaine, CEO of Vivendi, said, “This acquisition marks a major milestone in our drive to build a global leader in content, media and communication. It gives our Group a unique p positioning and a major advantage in an environment marked by the ever-increasing convergence between content, distribution and communication. Havas brings its expertise in consumer science, data analytics and new creative formats to the entire Vivendi group. Most importantly, our two companies have gotten to know one another well and our teams enjoy working together, essential keys to success in the creative and innovative industries, which rely on a wealth of talent.”

Answering the question of how much the deal would impact the wider industry, Brian Wieser, Senior Analyst at Pivotal Research, said, “The short answer is they may or may not help Havas much, and probably won’t impact the core businesses of global agency holding companies by much, unless it turns out that the integration of the companies does produce significant business outperformance for Havas.”

He continued, “The core businesses for holding companies – media and creative agencies – work with content owners as sources of distribution for their work. They typically need to be relatively agnostic as to which media owners they work with in order to satisfy client preferences, an d commonly work with media owners and creative partners that marketers have already been working with. Further, the distribution partners vary widely by marketer and by country (with perhaps the exception that essentially every marketer and by country (with perhaps the exception that essentially every marketer around the world works with Google and Facebook in some form). Vivendi would need to work exceedingly hard to find ways to increase the work that Havas’s creative and media agency clients (mostly in Europe) already do with the types of media properties that Vivendi owns, and where thi soccurs, managing against perceptions that Havas clients will be steered towards Vivendi-owned media assets when others may be superior or less expensive will be an ongoing effort.”

However, it can be done. There are many instances of agency-style organisations being embedded in media companies and it is something that is routinely done by many publishers already, and often with great success, even if it isn’t quite at the scale that Vivendi will be offering should the deal get the go-ahead by the regulators. VICE is a notable example, who have teams of former agency people creating content for brands, as are the content marketing divisions at the New York Times (T Brand Studio) and Vox, Buzzfeed et al.

It’s going to be particularly interesting to see whether other agency groups will continue to buy Vivendi’s video inventory in the same way they did before, or if they’ll be loathe to strengthen the hand of an agency competitor. Our view is that the shortage of premium video supply will ensure that will be business as usual.