Tech Sessions: How we can Re-engineer Display Units for Video to Deliver a Better User Experience

Tech Sessions: How we can Re-engineer Display Units for Video to Deliver a Better User Experience 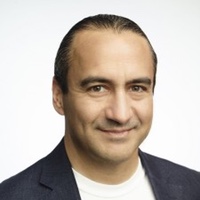 Video has been served into display formats for a number of years now, but thus far in-banner video has often been an unscrupulous game where inventory is misrepresented (e.g. the buyer thinks they’re buying in-stream in a large player when in fact it’s running in a 300×250 MPU) or has been running on autoplay with the sound on. However, considering the fact that outstream video advertising is now a mainstream video format, there isn’t any real reason we can’t make in-banner formats more palatable for advertisers, publishers and of course consumers. Eric Hoffert, AppNexus’ SVP of Video Technology, has been working on a solution called ‘BannerStream’, that aim to deliverer fairer economics, more transparency and a better user experience via ‘superauctions’. Here he explains how the technology works.

It’s an exciting time to be a video technologist. Our customers—advertisers and publishers of all shapes and sizes from across the world—are constantly requesting more and more video product capabilities so they can execute their increasingly important video advertising strategies. The growing demand for video is for good reason. Consumers are spending more time watching digital video. According to eMarketer, adults spent an average of one hour and seven minutes a day on mobile and desktop video in 2016, up from 46 minutes in 2013. Based on our own exchange data, publishers earn, on average, 600 percent higher CPMs with video advertisements versus traditional display ads. Advertisers benefit as well: video CTRs are, on average, ten or more times larger than display CTRs. Video has become integral to the internet experience, and advertising is critical in funding it.

Given this hype surrounding video, it can be tempting to develop quick-fix solutions to deliver immediate gratification to demanding customers. Indeed, in-banner video ad units are a good example of a decidedly unsatisfying video Band-Aid. This “buyer initiated” format allows advertisers to inject video ad content into units meant for banner advertisements, and are bad for publishers, advertisers, and users alike.

In-banner video units cause both user experience and monetary issues for publishers. Not only are they poorly designed, but they are often used by intermediaries as a technique to charge advertisers the higher costs associated with video creatives without passing that additional revenue along to the publisher. As a result, in-banner video plagues publishers with latency, ad-quality problems, and unfair economics.

This also means advertisers’ dollars are not used effectively or efficiently. In particular, advertisers often pay for video that plays from start to end while the placement isn’t actually visible on screen at any time. It is in the advertiser’s best interest to buy more, high-quality placements than to work with an in-banner video partner.

Finally, for users, slow load times and unappealing creatives can cause them to leave the site or download ad blockers. In-banner video units can be especially damaging to user experience for several reasons, including:

These types of creatives aren’t good for anyone. That’s also why AppNexus blocks slow loading rotating creatives and secondary auction ad managers in our creative audit process. Quality is critical in maintaining the virtuous cycle between publishers, advertisers, and users and power the open internet.

Although there are numerous reasons why traditional in-banner video adversely impacts key stakeholders, our perspective is that there can be a better way forward for the industry, allowing users, publishers, and advertisers to benefit from a radical re-thinking, re-imagining, and re-engineering of the core concept. The goal of this post is to explain what we’ve done to improve upon status quo.

Let’s start with economics and how we can reward publishers for monetization of their inventory.

At AppNexus we’ve developed a new technology called “superauctions.” Superauctions, or multimedia auctions, run one unified auction so that advertiser demand for different media types compete with one another, the advertiser willing to pay the most wins, and the winning creative is served. With this technology, a video creative can seamlessly serve on a publisher site even if there is no existing video content on the page. Or, if video advertising demand is low, a banner creative can serve to ensure the publisher still monetizes their content. Publishers can also control how the video ad renders, making it more seamlessly integrated with the overall site design.

Publishers are already seeing results in terms of both increased monetization and better user experience compared with in-banner video. Microsoft implemented superauctions on their MSN inventory globally, and has observed revenue increase as much as 60% in certain markets without sacrificing a quality user experience.

While the technology behind in-banner video is limiting, superauctions have extensive potential. Although superauctions are specific to video and display today, the technology can encompass other advertising formats such as native to compete for the same slot. This further drives demand for a publisher’s inventory.

BannerStream is the new video format we developed to work with superauction technology to allow publishers to integrate a seamless, low latency video advertising experience within display ad units. By using HTML5 video and VPAID 2.0 rather than Flash, BannerStream improves browser stability and reduces latency. It can run in large, medium, or small player formats across a variety of aspect ratios (not just the classic “MPU” unit size of 300 x 250), and is designed to play content only when the unit is in view to drive high video viewability rates. It plays cross platform with autoplay sound off, with an option to view in full screen for a cinematic experience, to ensure a quality user experience.

And transparency, a key topic for buyers and publishers, is being handled in a new way.

We also signal the video format type—instream (pre- mid-, or post-roll), outstream, or BannerStream— in the bid request for full transparency to advertisers who leverage AppNexus’ Console for Buyers or OpenRTB bidders. Currently, we do this via a documented OpenRTB extension. In parallel, along with other video industry leaders, we are promoting OpenRTB standards that will bring the same transparency to the broader marketplace planned for the release of OpenRTB 2.5. Specifically, we are also calling for the bid request to distinguish the video format of outstream units as in-article, in-feed, in-banner, and interstitial.

BannerStream is fully compatible with VAST, allowing both publishers and advertisers visibility into tracking VAST events, including starts, completes, and skips. It can be used on desktop, tablet, and mobile devices; on mobile it is rendered in-line to provide a more native look and feel. With BannerStream, it is also possible to measure and view reports on video viewability using the IAB/MRC video viewability definition.

BannerStream also offers publishers and advertisers more choice and transparency into the cost of video advertising. In-banner video can cost as much as pre-roll video placements, but without the quality or visibility into how much this truly costs the advertiser or how much margin is withheld from the publisher. With BannerStream, the fact that it is a format in between a traditional banner and premium publisher instream is implicitly represented in the market pricing. This results in a continuum of pricing across formats with multiple options for buyers based on their goals and budgets.

*example CPM prices are illustrative only

BannerStream is a more cost-effective way for advertisers to reach their audiences through video, and a more seamless way for publishers to monetize their inventory with video advertisements, even if they do not produce their own video content.

Control for the publisher is key to the value proposition.

To provide a publisher with maximum control of user experience and monetization we’ve added more than 30 unique controls. Notable examples include the ability to:

We expect the degree of customization and configuration to increase over time, in line with our mission to put the publisher in the driver’s seat for this new type of unit.

Quality video advertising technology is crucial to the health of the internet. Multimedia superauction technology combined with BannerStream is just one exciting way publishers can command the higher CPMs video ads provide without sacrificing user experience. We are also developing solutions for product areas such as connected TV, video header bidding, and more to help publishers, advertisers, and consumers benefit from a better video internet.