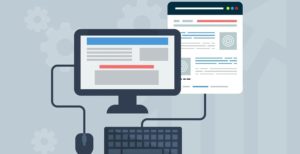 Think of video piracy, and you might think of poor quality films ripped onto DVDs, or of someone illicitly filming in a cinema. But as our video consumption habits have changed, so too have the methods of creating and distributing pirated video.

The popularity of legal streaming services and social media have facilitated new ways for pirates to copy and distribute their illegal content.

On social media, pirates can use either links taking the user to another site, or native embedded content on the platform itself.

Blaise Grimes-Viort is an online community and social media consultant. He says that because social media platforms are designed with sharing content in mind, it can make it difficult to track pirates.

“On most of the big social networks it is very easy to upload content. The whole purpose of the social networks is to allow the uploading and sharing of content. All of these networks have invested a large amount of money in live-streaming as well. So they encourage it, and they facilitate it. Of course, the downside of that is it is very difficult for them to be monitoring what you’re live-streaming,” Grimes-Viort said.

In 2020, Facebook removed 5.31 million pieces of reported content that infringed copyright laws. This is a significant increase from the 2019 figure of 3.66 million. It is impossible to tell how much this increase was down to a genuine increase in pirated material on Facebook, or whether it was due to improved detection.

“Then there’s new and emerging platforms that perhaps don’t have the resources or policy responses that we would ideally like to see. For example, the likes of Discord and TikTok who are relatively new on the scene. All of them are investing in ways to address these concerns but they still have a way to go to get to the level that, for example, Facebook is at,” Mulready said, “And as they grow larger, there will be more piracy, there will be more counterfeiting, there will be more abuse.”

Legal streaming services are a victim of their own success when it comes to piracy. As they scale, adding more content to keep up in the “streaming wars”, it becomes more difficult to track video being pirated.

The emergence of new streaming platforms, like Disney+ and HBO Max, also means that blockbuster films and TV shows are fragmented across different services. Consumers may opt to pirate some content rather than pay for multiple subscriptions.

The sheer amount of content uploaded onto social media platforms makes taking down pirated material into a game of whack-a-mole. One account is taken down for posting material that infringes copyright, and then another appears.

There are technologies that can help protect copyrighted material.

“Many of AAPA’s members, my company included, are providing services to help rights owners and operators identify copyright infringement,” Mark Mulready said, “This includes technologies like digital fingerprinting, which is where the rights owner submits their content to the platform. Then the platform holds a version of their content, which then allows them to detect when pirated versions are uploaded, which enables. This can allow the content to be taken down very shortly after it’s uploaded, or before it goes up in the first place,” he added.

The pirates often act in sophisticated criminal enterprises. In December, a New Zealand movie pirate had $15 million worth of Bitcoin assets seized. But Mark Mulready points out that it’s not just these large scale pirates that can have an impact.

“If we’re talking about something like a large boxing event. it only takes one single stream of the event to generate hundreds of thousands of viewers and significant potential lost revenue,” he said.

Although even small-scale piracy can be potentially harmful for revenue, there are some types of copyright infringement that rights holders would be better off turning a blind eye to, says Blaise Grimes-Viort. Short clips of TV programmes and films are often posted on TikTok without right holder permission.

“I think there is a benefit to having your content used on TikTok because your material is reaching a far greater audience who might not have access to it or be aware of it,” he said. “There’s also research showing that what you lose in necessarily direct sales, you gain and breadth of sales and breadth of awareness. So then you might make up those sales and secondary purchasing streams. TikTok is a cultural phenomenon and to remove your creative media from there would be massively inadvisable.”