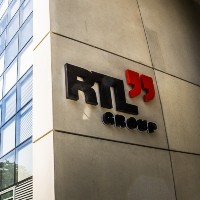 As European broadcasters look to adapt their businesses to meet challenges posed by changing consumer habits and shifting ad spend, consolidation is one of the more radical solutions we sometimes hear proposed.

A couple of broadcasters have themselves touted the possibility.

Mediaset is the most obvious, actively pursuing consolidation through MediaForEurope, a holding group within which it wants to combine media assets from across Europe.

Mediaset chairman Fedele Confalonieri told a press conference last year that the case for consolidation is “not just a question of savings or efficiency, it’s actually about new possibilities and opportunities for growth, which today cannot be realised by remaining local.”

And RTL Group CEO Thomas Rabe has thrown his weight behind the idea of consolidation. Last year Rabe told the Financial Times that the effects of the pandemic have highlighted “a strong case and a need for consolidation”. Rabe has previously suggested that regulators should be open to mergers between the biggest broadcasters, arguing for example the ProSiebenSat.1 in Germany should be allowed to merge with RTL, in order to create a “national streaming champion”.

But those VideoWeek spoke with were sceptical as to how much consolidation we’ll see in the coming years.

It’s notable that RTL and Mediaset have been by far the two loudest voices around broadcaster mergers. Both of these companies have always looked beyond their own borders, so their talk of mergers and acquisitions isn’t exactly new. And even RTL is looking to sell off French broadcaster M6 – a move in the opposite direction.

“And who really has an appetite for expanding into other countries? There’s no one really beyond Mediaset and RTL, and others are really going in the opposite direction” said Tim Westcott, senior principal analyst at research group Omdia. “TF1 for example sold off Eurosport, which was its international channel, to focus on France, and ProSieben used to own [Scandanavian broadcasting group] SBS but sold that off to focus on the German-speaking market.”

Ian Whittaker, founder and owner of Liberty Sky Advisors, agreed that from what we’ve seen, there hasn’t been much interest from the majority of big broadcasters in ties up with their competitors.

“The synergies between various broadcasters would be quite limited,” said Whittaker. “Content tends to be quite nationally-based, rather than international,” he said. “It’s easy to export formats, but less easy to export content itself. And there are limits to the synergies in admin and technical infrastructure.”

Omdia’s Tim Westcott said that talk from broadcasters about the need to consolidate to combat the threat of international streaming services is more of an effort to get politicians and regulators to rally behind them in light of their broader challenges.“Most European broadcasters don’t compete with the global streaming platforms on the same terms, because they’re not global businesses.”

And the reality is that the large international competitors don’t want to put local broadcasters out of business. “They’ve always been buyers of local broadcasters’ content, so they don’t really have any interest in shutting down a market which they’re benefiting from,” said Westcott.

That’s not to say that we won’t see any sort of consolidation.

Whittaker said that Mediaset’s efforts could lead to some sort of consolidation in the European market, likely through Mediaset acquiring controlling stakes in various broadcasters without buying out all minority shareholders.

M6 could be one target, though since it would be transferring from one broadcaster to another, such a move arguably wouldn’t actually represent consolidation.

Whittaker added that we could see US companies, as they look to grow their international streaming services, buying up European assets and consolidating the market that way.

The resources are certainly there. “When Disney upgraded their subscriber forecast for Disney+ last year, with the growth in their market cap they could have afforded to buy a good chunk of the European broadcaster market,” he said. But these moves would face political hurdles, with governments not likely to favour US media companies owning influential local media groups.

Smaller broadcasters within local markets might also look to join up, mostly with a view to better competing with the dominant players within their own countries. “Disruption is also afoot in the guise of the industry’s structural change,” said Patrick Wellington, head of European Media Research at Morgan Stanley. “Several smaller European broadcasters have begun tentative efforts to form larger blocs.”

Wellington added that we may see consolidation on the production side, both from broadcasters buying up production studios, and from smaller independent producers joining together.

The other, more likely, possibility is that we’ll see more cooperation around different areas of broadcasters’ businesses, rather than complete mergers.

One obvious area for this is on streaming services, where we’ve already seen significant joint initiatives from local broadcasters, for example BritBox in the UK, Salto in France, and Joyn in Germany.

Deutsche Bank outlined streaming services as primed for cooperation, in response to Rabe’s comments to the FT. “We note OTT [over-the-top] based streaming services such as Netflix, Amazon Prime and Disney+ have recorded a strong surge in their paying subscribers in recent months, benefitting from lockdown measures with people watching online content; however, European broadcasters with their nascent VoD

offerings have struggled to evenly compete with well-placed US streaming platforms to garner any material subscriber/revenue market share,” the bank said in a statement.

Cooperation on ad tech might also be fruitful. “We’ve seen Mediaset get together with TF1 and other broadcasters to develop ad tech solutions,” said Omdia’s Westcott. “And ad tech which enhances ad sales can be applied in multiple markets, but you don’t need to merge to develop ad tech.”

And Westcott added that this cooperation on ad tech could even be a barrier to further consolidation. “One aspect of these deals might be agreements which say ‘we’ll develop this technology, but you have to keep out of our market’,” he said.