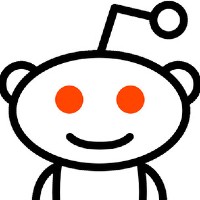 Reddit and Omnicom Media Group (OMG) have today announced a new partnership which will see OMG get early access to new ad products and features on Reddit. The deal with Omnicom is the first of its kind for Reddit.

Under the agreement, OMG’s agency brands including Hearts & Science, OMD, PHD and Resolution will get privileged access to Reddit’s advertiser-facing tools. These will include Reddit’s creative strategy team, education and training tools, measurement and reporting data, and Reddit’s insights capability, as well as early access to new ad formats.

“The social media ecosystem is changing – we’re seeing an outflow of media consumption from people-based platforms, and an inflow towards interest-based platforms,” said Reddit’s global agency lead for Omnicom Media Group, Andrew Abbott. “We’ve been working with Omnicom Media Group for some time to help their agencies and clients navigate this shift towards online communities and ensure their effective place within them. Formalizing this partnership is a logical and exciting next step towards greater collaboration and client success.”

Ahead of announcing their partnership, Reddit and OMG have been collaborating on brand safety initiatives. They worked through OMG’s Council on Accountable Social Advertising (CASA) to allow brands more control over where their ads appear on social media. Reddit was the first platform to endorse all four “pillars” of the CASA initiative – including adjacency controls and dashboards, third party verification, and violation prevalence reporting.

This partnership between Reddit and Omnicom bears similarities to another deal announced last month, that between TikTok and WPP. Both the Reddit and TikTok deals were firsts for the publishers and represented partnerships between the social media companies and one specific large agency group.

Reddit and OMG say that their partnership is significant as the ability to engage through interest-based platforms represents an opportunity for brands to build a connection with consumers.

“At a time when brands are more focused than ever on building an emotional connection with consumers, Reddit’s communities offer a unique opportunity for brands to engage with customers around their passion points,” said OMG president of US investment, Sal Candela.” This agreement exemplifies Omnicom Media Group’s commitment to assuring first-mover competitive advantage for our clients through best-in-class partnerships.”