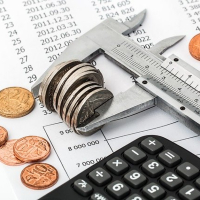 UK marketing budgets continued to fall during Q3, despite an uptick in advertisers’ confidence, according to the IPA’s Bellwether Report for Q3. While video ad spend had proven more resilient than other channels (the IAB reported last week that UK digital video revenues actually grew in H1), the IPA reports that a net balance 37.3 percent of marketers cut their total video budgets (including online, TV and cinema) in Q3. In comparison just 21.2 percent increased their video budgets.

This net balance of 16.1 percent of marketers cutting video budgets is a much less steep drop than in Q2, when this figure was over 40 percent. But it shows that even as the UK economy reopened somewhat in the third quarter of the year, many marketers still chose the cut marketing spend either out of caution or necessity.

Despite the cuts, video fared better than most other categories, according to the IPA’s report. A net balance of 38.5 percent of advertisers cut their budgets for published brands in Q3, alongside 32 percent for audio and 50 percent for out-of-home.

The stats paint a somewhat gloomy picture for the UK ad industry. “While Q2 marked the nadir for UK marketing budgets, we had hoped for a slightly sharper rebound to UK marketing budgets this quarter than we see here,” said Paul Bainsfair, director general of the IPA. “With a second wave of COVID-19, coupled with ongoing Brexit negotiations, including bracing for no-deal, I think green shoots in the immediate term are increasingly unrealistic,” he added.

But Bainsfair argued that the case for investing in advertising remains strong for those who can afford it. “The evidence proves that those who can invest in marketing during the downturn will reap rewards in both the short and longer term,” he said. “They will increase their brand recognition, strengthen their brand positioning and get ahead of the competition. In fact, because many advertisers do not heed this advice, just maintaining spend at normal levels leads to a greater share of voice and in turn greater brand share.”