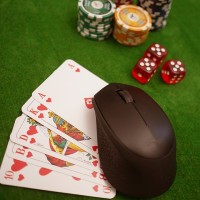 Last week the influential UK all-party parliamentary group (APPG) recommended that the government should ban all gambling advertising. If such a law was passed, it would cut off billions in ad spend a year from betting companies. Sports broadcasters would certainly take a financial hit, although many have already been proactive in limiting gambling advertising anyway. And online, the impact of such a move would be extremely difficult to regulate.

Research carried out by Regulus Partners, a strategic advisory business focussed on sports and leisure, broke down where gambling companies spend their marketing money in the UK. The last piece of research carried out on gambling spend is from 2018, when the industry spent £1.5 billion in total. About £234 million was spent on TV advertising, whilst eighty percent of (£1.2 billion) were spent online, with £149 million spent on social media, £747 million spent on direct online marketing, and £301 million spent on affiliate marketing. Paul Leyland, partner at Regulus, said the distribution of spend in 2020 would have been roughly similar (at least, if it weren’t for the coronavirus pandemic).

With the majority of gambling ad money now spent online, most of the burden of a ban on advertising would fall on the digital sector.

Social media platforms (which received ten percent of all gambling marketing revenues in 2018) would likely be easiest to regulate, according to Regulus’ Leyland. For the major social platforms, already facing regulatory pressure elsewhere from legislators and not short on advertisers, using their geo-based ad targeting tools to comply with the regulation would make most sense.

But outside of these platforms, regulation may be harder, especially for non-UK domains.

Leyland said, for example, that it will be difficult to prove if gambling ads on a .com website are targeted at UK users. It might be possible to prosecute in cases where ads use pound sterling as a currency, but even then it would be tricky to enforce rulings against companies based in international jurisdictions.

Regulating the UK in isolation could backfire

The all-party parliamentary group argued that “given the evidence we have heard on the harm gambling can cause and given that the point of advertising is to encourage people to gamble, there is a clear case for banning all gambling advertising”.

But Leyland says that a ban of gambling ads online would realistically only exclude UK-based gambling companies, and those tend to be the most law-abiding. But these companies would be safer for customers than international, less law-abiding alternatives.

The APPG outlined principles for safer gambling platforms in its report. These include limiting how quickly users can play games, limiting maximum stakes, and providing accurate information on the odds of winning a particular game. But with a total advertising ban, gambling companies which comply with these rules would be the ones excluded from advertising to UK audiences.

Hence, the Advertising Association, a UK advertisers trade group, argues for a continuation of the existing system of self-regulation. “A self-regulatory system has the advantage of consensus-building through industry dialogue which leads to more business certainty,” said an AA spokesperson. “It is also cost-effective, flexible and evidence-based, achieving a good balance by protecting the consumer while allowing freedom of choice.”

For TV broadcasters, there could be a significant hit, with gambling ads accounting for 4.6 percent of all UK TV ad spend in 2018 (using WARC/AA figures). The burden of this would fall disproportionately on sports broadcasters like Sky Sports and BT, who gambling companies advertise with most.

“[A total ban] would have wide implications, particularly for the support of sports across media channels, especially as it begins to revive post-lockdown and is being enjoyed by millions of people right across the UK,” said an Advertising Association spokesperson.

But that’s not to say that if gambling advertising was banned, 4.6 percent of UK TV ad revenues would disappear. Other advertisers would likely step in to fill the gaps, especially since sports content is highly sought after – though the drop in competition for inventory would likely see prices fall.

And sports broadcasters have already seen a number of restrictions – both voluntary and involuntary – placed on gambling advertising, without being hit too hard.

Gambling advertising wasn’t allowed on TV or radio in the UK at all until the 2005 Gambling Act was passed. Since then, broadcasters and gambling firms have agreed to a number of limited restrictions on advertising. Last year the Remote Gambling Association, a trade group whose members include Bet365, Ladbrokes, and PaddyPower Betfair, accepted a “whistle-to-whistle” TV advertising ban before 9pm. Under that ban, gambling ads haven’t been shown from five minutes before a sports event starts until five minutes after it ends.

At the time this ban was being negotiated, Stephen van Rooyen, chief executive of Sky UK & Ireland, said Sky was not “a broadcaster scared of losing ad revenue; quite the opposite […] There will of course be some financial impact to Sky, but a proportionate and responsible limit to gambling advertising is the right thing to do.”

As a result, the impact of a complete ban might be somewhat limited for broadcasters like Sky and BT who have already had to adapt to regulations. It would likely be more niche sports and gambling content providers who would take the biggest hit.

Regulus’ Leyland highlighted that ITV will feel the effects more than most. Horseracing wasn’t covered by the whistle-to-whistle ban, and Leyland said that “ITV racing lives off advertising”.

Bingo and casino TV content would also be affected. Both areas are quite niche, and casino content is only broadcast after 9pm, meaning the inventory tends to be cheaper, but Leyland said gambling advertising is a “significant contributor” to revenues nonetheless.