The Pandemic is Forcing Influencer Marketing to Grow Up

The Pandemic is Forcing Influencer Marketing to Grow Up 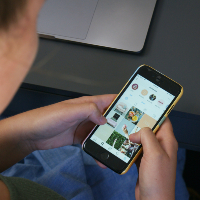 Most forms of marketing have been hit by COVID-19 as advertisers reined in budgets, and influencer marketing is no exception. Not only are brands tightening their belts due to financial difficulties, but many are wary of working with influencers at a time when messaging is particularly sensitive.

But people working on that side of the industry that VAN spoke with say that while some brands have pulled budgets or paused campaigns, there is still plenty of interest in influencer marketing despite the pandemic. And some influencers might even thrive if they’re able to meet brands’ heightened expectations.

Like broadcasters and publishers, influencers say audiences are spending a lot more time with their content during the lockdown. Influencer platform Obvious.ly reported last month that it has seen engagement with social media posts grow by over 20 percent across various platforms.

But despite the extra engagement, influencers are having to lower their prices to tempt in brands. Another influencer platform, Mavrck, said last week that 37 percent of influencers it surveyed have either already decreased their rates, or expect to decrease their rates in the future. Influencer tech company IZEA meanwhile said they expect rates to drop by between 15-25 percent.

Dafydd Woodward, GroupM’s global lead for influencer, content and amplification, said that he’s seen a number of brands freeze their influencer spend during the pandemic as an immediate knee jerk reaction. Woodward says this is likely due in part to fears around insensitive messaging.

“When you’re asking a creator to represent your brand, there’s a perceived inherent risk there, compared to other forms of advertising where you have total control,” he said.

We’ve already seen a few examples of influencers making the news for posting insensitive content during the lockdown. Australian influencer Skye Wheatley for example came under fire for posting pictures of her and her son posing on empty supermarket shelves, with commenters describing the post as “tone deaf”. Brands will be wary of being caught up in similar incidents.

And many influencers also aren’t able to make the same sort of content they usually would. Influencers often post aspirational content, highlighting their outgoing and globetrotting lifestyles – this sort of content is impossible to make when you’re confined to your own house.

But those VAN spoke with don’t expect coronavirus to bring about an end of days reckoning for influencers, as some have speculated.

“The strengths of influencer marketing; authenticity, a direct relationship with the audience and unbounded creativity when coupled with increased time spent with social media means that it can be more effective than ever” said Newman.

There are several factors working in influencers’ favour. While some might be struggling for content, others have been given a new lease of life as audiences have sought out content relating to the pandemic.

Anoo Mehmi, digital marketing lead at fitness nutrition brand Quest Nutrition, said the “Joe Wicks trend” is helping keep demand for fitness influencers high. “Influencer marketing is working well for us right now,” she said. “There’s so much demand for bespoke content around health and fitness at the moment.”

And as a food brand too, Quest is finding good use for influencers. “In the food and nutrition space, it’s proving quite useful because everyone is cooking at home so much more, and trying out new recipes,” said Mehmi.

Influencers can also be attractive to advertisers as they easy way to create new campaigns. Influencers are stuck indoors, but so are creative agencies and production studios. Research from Obivious.ly predicted a 33 percent increase in brands hiring influencers to create photo and video content, as an alternative to a production studio.

Their speed and adaptability can also be a boon, considering how quickly developments relating to the pandemic can emerge. “Influencers can very quickly put out content in a fast-changing world,” said GroupM’s Woodward. “If you want content that’s relevant for this week, but might not be relevant next week, influencers are a very effective way to do that”.

Finally, influencers’ appeal to marketers could lie in the ‘A’ word – authenticity.

Whilst some will remain sceptical of how authentic influencer marketing can ever really be, given that influencers are ultimately paid to promote products, the fact that influencers themselves are coping with the pandemic means they are capable of conveying empathy in ways that other mediums may struggle with.

“Clearly in these unprecedented times there are subtleties to messaging that need to be carefully managed, but a good agency partner and the right influencers can deliver that,” said Publicis’ Newman.  “Feedback and the data influencers get back from viewers is of the utmost importance to them, and as such are very good at getting the tone right for their audience.”

GroupM’s Woodward agreed. “Influencers are living through this, like everyone else,” he said. “That means they’re able to create content which is very genuine, very real.”

This is perhaps why some are turning to influencers for public service announcements directly relating to the pandemic. Publicis Groupe, for example, used influencers for its ‘Shop Responsibly’ campaign, encouraging audiences to be considerate about how they shop. These sorts of messages may be more palatable when they’re coming from people who are adhering to those messages themselves.

Influencers who aren’t able to adapt their content to the pandemic, or who brands feel they can’t trust, will likely struggle. All of those VAN spoke with emphasised that brands will be particularly keen to maintain control over messaging and to ensure they’re being well represented during the pandemic.

But the industry had already been pushing for greater maturity from influencer marketing. FCMG giant Unilever has been particularly vocal on the subject over the past few years, with ex-CMO Keith Weed using his speech at Cannes two years ago to announce a crackdown on influencer fraud.

So the coronavirus pandemic may end up simply accelerating this existing trend. Those who can adapt their content and adhere to brands’ strict standards might be more in-demand than ever before; those who can’t will likely struggle.