Meet the Apps Taking on TikTok

Meet the Apps Taking on TikTok

Ultra-short form video sharing app TikTok seems to have become omnipresent (at least among certain generations) in a very short space of time. App analytics company Sensor Tower estimates the app had been downloaded 1.5 billion times by the end of 2019, and it continues to grow at a rapid pace.

But TikTok finds itself challenged on several fronts. Earlier this year, security flaws were uncovered which allowed sensitive user data to be stolen by hackers. And Western lawmakers are concerned that the app’s Chinese parent company ByteDance might share American users’ information with the Chinese government, compromising national security.

TikTok’s place at the top of the short-form pile is not yet secure. A number of challengers are attempting to take TikTok’s crown, replicating its ultra-short format, editing tools, and libraries of licensed music. Here are the main competitors that have come to market: 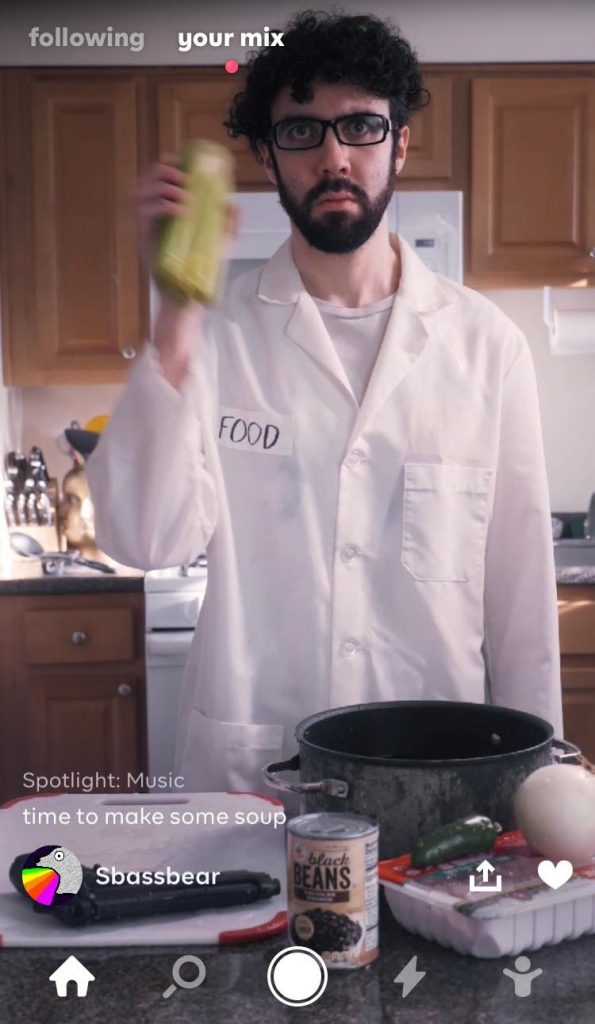 Before TikTok, Twitter-owned Vine was the king of ultra-short-form video in the Western world. But despite its success in attracting creators and audiences, Vine struggled for profitability. And in January 2017 Twitter announced its decision to shutter Vine.

Now Vine co-founder Dom Hofmann is taking a second bite at the apple with ‘Byte’. Byte is effectively a reboot of Vine, replicating the six-second looping video format which Vine popularised. But Hofmann is trying to avoid the pitfalls which took down Vine.

Vine lost creators to competitors due to a lack of monetisation tools. But Byte is being much more aggressive in attracting and maintaining creators from the start, launching with a revenue sharing programme for its most popular creators. Much of this money will come from Byte’s own pockets, while it builds up income from advertising.

Byte had a fast start, picking up 1.3 million downloads in its first week according to Sensor Tower. But for long-term success, Byte might be hoping its Vine heritage is enough to win back audiences and creators.

Vine launched the careers of a number of popular social media personalities including David Dobrik, Liza Koshy, and the notorious Paul brothers Logan and Jake. If it can attract these creators back onto Byte, it may be well placed to take on TikTok. 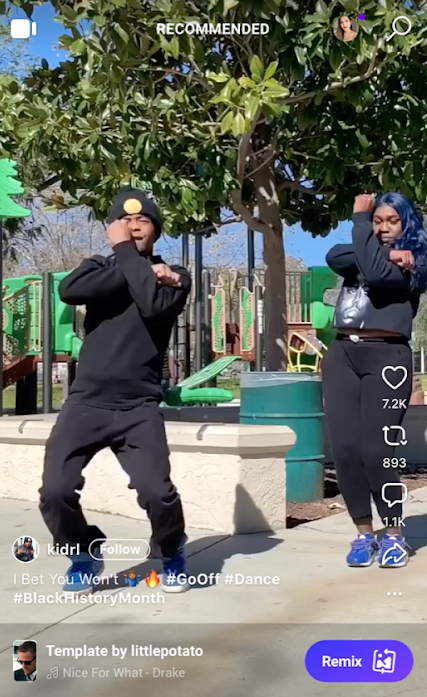 Facebook has something of a history of mimicking popular apps’ features and integrating them into its own products – Vine co-founder Rus Yusupov picks out Instagram’s introduction of short-form video as one of the biggest blows to hit Vine.

And Facebook’s Lasso looks to be aimed specifically at competing with TikTok. Lasso is a standalone app, currently only available in the USA and some Latin American markets, which lets users upload and share videos up to 15-seconds long. Facebook also has millions of songs licensed for use on Lasso, letting users play those songs over their videos. This ability was one of TikTok’s initial big draws – the app started off specialising in lip-synching music videos, before branching out into a wider range of content.

Lasso seems to be off to a relatively slow start. Despite launching nearly one and a half year ago, the app hasn’t picked up a large user base. The Google Play store lists Lasso as having over five million downloads, while TikTok has over one billion.

But Facebook founder and CEO Mark Zuckberg seemingly has big plans for Lasso. According to internal documents seen by The Verge, Zuckerberg’s strategy has been to try and establish Lasso in countries where TikTok has not yet taken off. If Lasso does manage to establish itself in its current markets, Facebook could look to expand it elsewhere. 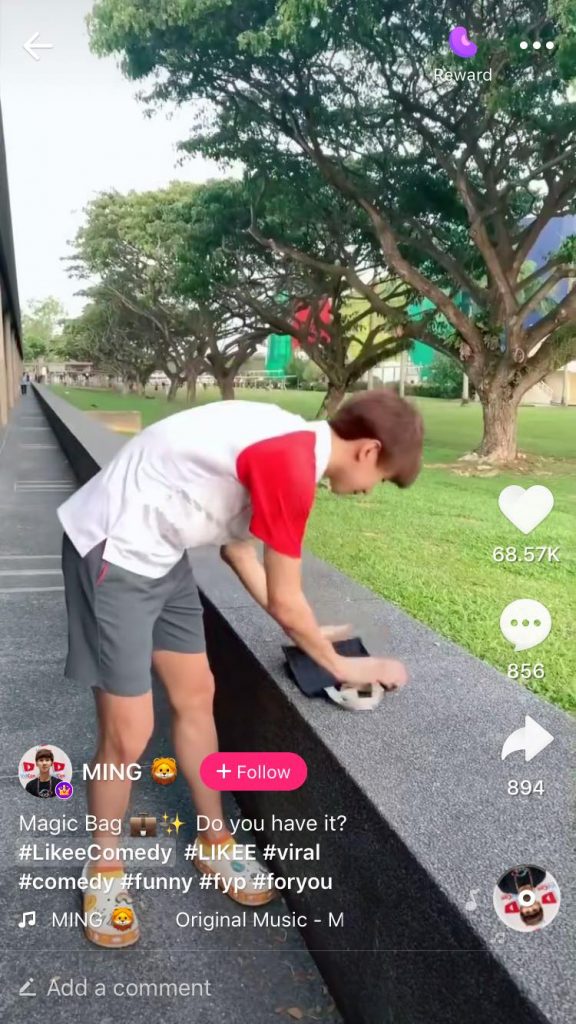 Perhaps the best established of TikTok’s competitors is Likee, owned by Chinese tech giant JOYY Inc. Launched in 2017, Likee has rapidly built its user base. JOYY claimed in its Q4 financial results for last year that Likee had reached 115.3 million monthly active users globally, up from 37.4 million in the previous year.

While Likee is in many ways similar to TikTok, with its 15 second video length, it does have some features which TikTok is missing. Likee has a wider range of video creation and editing tools than TikTok, and its “FaceMagic” deepfake tool, which lets users paste their face onto a variety of clips featuring various celebrities, has proven particularly popular.

While Likee has yet to take off in the West, the app has picked up traction in India, Russia and Indonesia in particular. So much so that analytics company App Annie found it to be the seventh most downloaded app in the world in 2019, ahead of the likes of Snapchat, Netflix, and Spotify.

And the company now plans to continue its international expansion. Without giving much detail Likee put out a statement last month saying it is “making its move into the US market”. But so far, Likee has found the most success in countries where TikTok is less established – it faces an altogether different challenge in trying to unseat the wildly popular app in the US.

And unlike the other products listed here, Likee could be faced with the same security fears which have plagued TikTok in the West. Bigo, the company which makes Likee, is based in Singapore, but Bigo’s parent company JOYY is Chinese. Bigo claims that JOYY isn’t involved with decision making at Bigo, and that none of Likee’s user data ever passes through China, but this may not be enough to satisfy lawmakers overseas. 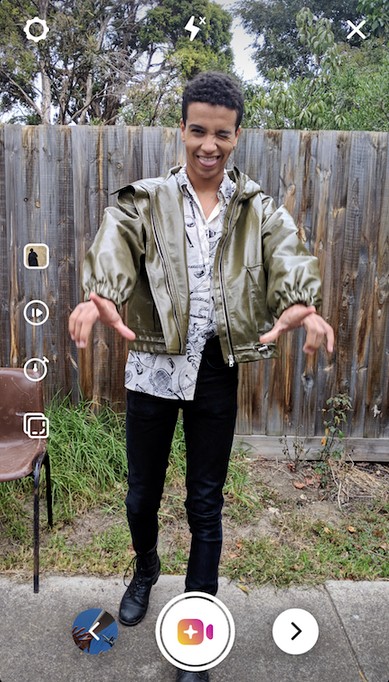 Mark Zuckerberg’s second TikTok competitor, Instagram Reels is so far only available in Brazil – if it takes off there, it will start to roll out in other markets.

Unlike Lasso, which launched as a standalone app, Reels sits within Instagram. Users can film shorts videos up to 15 seconds long, and add music from Instagram’s library of licensed songs to play over the top. It  has editing features designed to make scripted content easier, with tools to overlay text over the video at specific points, and to help make transitions between shots easier. And it also lets creators take audio from other Reels to use in their own videos. This lets users respond and interact with other content, similar to TikTok’s ‘Duet’ feature.

Publicly-posted Reels will be hosted within a separate tab inside Instagram’s ‘Explore’ section, which will surface popular posts. And while Reels are posted as ‘Stories’ (private posts which disappear after 24 hours) by default, users can choose to post them permanently instead.

Instagram isn’t shy about the fact that Reels directly borrows from TikTok. Instagram’s director of product management Robbie Stein told TechCrunch that “TikTok deserves a ton of credit for popularising this format”.

And the strategy of releasing Reels as a feature within Instagram, rather than as a standalone app, is the same strategy that was used against Snapchat. Stein says that leveraging Instagram’s large user base will be its core advantage. “Your friends are already all on Instagram. I think that’s only true of Instagram,” he said.

But questions remain over whether Instagram can recreate TikTok’s culture. Aurélien Blaha, CMO social media monitoring company Digimind, said that TikTok’s algorithm gives it a very different feel from the more curated experiences of Instagram and Facebook. “Its unbridled, entertainment-based content of almost all genres makes it like the Wild Wild West of social media, where anything and everything goes,” he said. Instagram users, traditionally known for posting edited and curated snapshots of their lives, may be less willing to create the same sort of zany videos which have made TikTok successful.

YouTube Shorts is yet to be officially announced, but is set to be released before the end of this year, according to The Information.

As with Instagram’s Reels, Shorts will sit within YouTube’s existing mobile app, according to the reports. As with TikTok, users will be able to pick songs from YouTube’s library of licensed music to soundtrack their videos. Shorts will be highlighted in a separate feed within the main app.

But YouTube nonetheless wants to specifically target TikTok’s audience. “Really, really short-form video, like 15 seconds… that is a place that is certainly interesting to look at, and for us to think about,” YouTube CEO Susan Wojcicki told NBC News.

And Wojcicki says that YouTube’s advantage will be its experience in advertising and monetisation. “The advantage is that we spent a long time building out our ad products,” she said. “We have worked to optimize the monetisation […] all media companies are always gonna look at multiple opportunities, but they’re gonna choose the one where they get the most revenue and they have the broadest distribution.”

And as with Instagram’s Reels, Shorts will be able to leverage YouTube’s enormous existing user base. “With a strong base of active users, these players are at great advantage to convert millions of mainstream users to their respective versions of TikTok, especially in markets where it is not prominently used yet,” said Digimind’s Blaha.