This week’s ‘Buy-Side View’ special was originally published in the Video & OTT Advertising Guide 2020. The full guide can be downloaded for free here.

Ultimately the advertising industry is driven by the ways in which the rest of the ecosystem can work together to meet the requirements of brands. Whilst huge amounts of investment and hard work have made online video considerably more effective, problems still remain. And as an emerging new avenue for advertising, the OTT advertising market is facing a number of teething problems similar to those seen in the early days of online video. In this special edition of ‘Buy-Side View’, we asked four senior figures from brands about their biggest bugbears with video and OTT advertising. 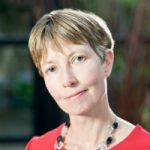 Brand safety remains an issue despite the efforts of industry players. Brands have to be able to advertise in media safe environments, without fear of funding terrorism or child exploitation.

Viewability and third party verification are issues too. There are still too many of the large platforms who don’t allow advertisers to serve their advertising via a third party and mark their own homework in this respect. Viewability standards remain in dispute – why should an advertiser pay for an advert that wasn’t 100 percent viewable for at least a minimum of two seconds?

Then moving onto cross media measurement there are now a number of initiatives underway to resolve this conundrum, such as the WFA working group or the ISBA collaboration in the UK, but it’s taken far too long. Media platforms are more focused on their own self interests than what is best for the industry, which ultimately will benefit all. Unilever through its responsibility framework looks to invest with publishers who lean into these industry issues. I remain optimistic and hope that we can find a way through these and other industry challenges soon.

For me it’s all about measurement. There definitely needs to be a balance between the credibility of targeting promises and the premium charged for there to be a true impact on effectiveness. Brands are looking for effective channels, not just efficient channels, if they are pursuing growth. So if we get to a place where the reduction in wastage offered via video/OTT/Addressable channels matches the premium charged (relative to linear TV), and you measure the impact across platforms, then that would be progress. However, I think we would witness scalability issues if this was the case.

As a result, it is likely that these channels will excel when used in conjunction with traditional TV, not instead of – hence why universal measurement is so important for us to be able to prove its place.

Measurement would also surface/evidence issues around viewability, brand safety and fraud because when compared to traditional channels, if you are paying a low CPM and hitting lower OTS or indeed the wrong eyeballs, your advertising won’t be as effective. 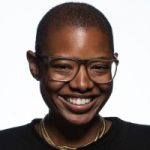 Fraud and measurement are my gripes with Video and OTT. OTT is following the exponential inventory growth we saw in early programmatic display, encouraged by high demand and CPMs from brands. This mixed with the half-true-at-best hype cycle that TV is dead contributes to explosive growth and minimal to no scrutiny of the channel.

The fact that OTT inventory has now outpaced demand gives me massive concerns that most of this inventory is fraudulent or problematic at best. Programmatic veterans can easily recognize this pattern, and the end of the story is not a positive one.

Regarding measurement; the fragmentation of video consumption and experiences is again making it nearly impossible to understand audience reach and overlap, which leads to wasted budget and potentially message and brand fatigue on the advertiser side. This is bigger than walled gardens, it’s a technical challenge as well, similar to the rise of mobile apps. We urgently need a solve. 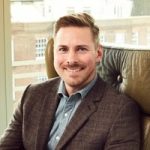 One problem is the lack of unified measurement. OTT and addressable TV are often sold on the promise of “zero waste”, the reality is that many of the targeting techniques are based on probabilistic models, and while this is almost certainly more efficient than traditional proxy demo targeting it definitely isn’t zero waste.

Regulation is another issue, and like measurement this speaks to the fragmented online space and lack of cooperation between platforms. There are some serious gaps when it comes to brand safety, verification and viewability. The bar has been set by traditional TV and now it’s up to platforms (or regulators) to protect advertisers to the same level.

Finally, video and OTT advertising have been shown to be effective at driving short-term outcomes but the effect on long-term outcomes is less understood, but often it’s compared and evaluated against traditional TV. I’d argue that they are very different channels, each with their own strengths and weaknesses. But this would be easier to compare with proper unified measurement.