Can TikTok Succeed Where Vine Failed?

Can TikTok Succeed Where Vine Failed? 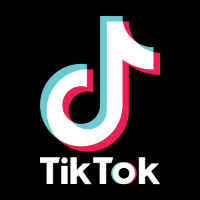 Search for TikTok on YouTube, and you’ll find a number of videos with titles like ‘TikToks that radiate the same energy as Vines’, which is hardly surprising considering their similarities.

Vine, with its six second limit on video length, forced brevity and creativity from its users, and this in turn gave Vines a very unqiue feel. The platform launched the careers of a number of social media stars including Lele Pons, Liza Koshy, and the notorious Paul brothers Logan and Jake. The most popular vines picked up hundreds of millions of views, and penetrated popular culture – popular dances which originated on Vine worked their way into sports stars’ celebrations, while the ‘Ryan Gosling won’t eat his cereal’ Vines were acknowledged by the actor himself.

But, despite its popularity and cultural impact, ultimately failed. The Twitter-owned app was shuttered in January 2017, just under four years after its launch.

TikTok is growing rapidly in popularity, and media companies and advertisers are starting to ask how they can ride the wave. But can TikTok avoid the pitfalls which ultimately snared Vine?

Twitter itself never gave much of an explanation for Vine’s closure, simply announcing that the app would be discontinued via a blog post. But in the post mortem that followed, a couple of key factors emerged as leading to Vine’s demise.

While Vine’s ultra-short form looping video format was innovative at release, it was quickly aped – namely by Facebook’s Instagram. In June 2013, around five months after Vine’s launch, Instagram debuted the ability to shoot are share 15-second video clips. The videos didn’t automatically loop, but came with filters and video stabilisation, features which were lacking on Vine. Later in 2013 Snapchat’s ‘Stories’ feature released, giving creators another competing platform to distribute ultra-short form video content.

At the same time, documents released by the UK Parliament show that Facebook moved to cut off Vine’s access to the Facebook API, which Vine had used to help users find their Facebook friends’ accounts. Founder Rus Yusupov alluded to the impact of these moves in a series of Tweets last year.

This day was pretty awesome too https://t.co/jy4gle9IWN

Many of Vine’s most popular stars moved to competing platforms over time as they had even larger user bases, and perhaps more importantly better monetisation options. Vine didn’t run ads on its videos, and while creators could earn money through brand deals, Vine didn’t own any tools to help facilitate this until it bought Niche in 2015, a company which connected up brands with social influencers.

Creators migrated away from Vine, and users followed. The lack of monetisation made Vine something of an albatross around Twitter’s neck too. So with the unprofitable app’s user base falling and Twitter needing the cut costs in order to turn a profit, axing Vine made a lot of sense.

Will TikTok Face the Same Fate?

One obvious difference with TikTok is that Vine’s woes were partly tied to Twitter’s own struggles at the time. TikTok’s parent company Bytedance isn’t public, so the state of its finances are less clear, but as a private company it will be less beholden to short-term pressure to produce positive quarterly earnings reports.

In terms of its user base, TikTok has already surpassed Vine (if you include users of the Chinese version of the app, Douyin). Vine at its peak claimed to have 200 million active users. TikTok meanwhile claims to have 700 million monthly active users, and app intelligence company SensorTower says it has 1.2 billion global installs to date.

And on the monetisation front, TikTok seems to be in a healthier state than Vine ever was. TikTok itself doesn’t run ads yet. But there have been several reports that the company has launched an ad unit and is talking with agencies to gauge what they’d want from an ad offering. And Bytedance already runs ads on the Chinese version of the app, Douyin, so Bytedance has already proven it can make ads work.

Meenakshi Tiwari, a forecast analyst at Forrester Research, says TikTok’s longer video length makes it more appealing to marketers as well. “The six second limitation restricted marketers on their creative options within the app, which also hampered Vine’s ability to monetise its user base,” she said.

Plus, TikTok monetises its user base through other means too. Users can by in-app virtual items with real money, which they can then gift to live streamers broadcasting over the app. Live streamers can then exchange these gifts for in-app ‘Diamonds’, which can in turn be redeemed for real money. “This demonetisation system doesn’t yet extend to the entire app, but we are still seeing significant growth in revenue generated from it,” said SensorTower co-founder Alex Malafeev. “In June, nearly $11 million was spent globally by users of the app towards the purchase of Coins, up 157 percent year-over-year from $1.6 million in June 2018.”

Competitors copying the product on the other hand could be more of a worry for TikTok. Just earlier this month, reports emerged that Facebook is gearing up to launch a TikTok competitor, with the company adding former Vine GM Jason Toff to its experimental app team.

“TikTok is definitely vulnerable to other platforms mimicking its feature set,” said Malafeev. “I think in this case, this is more of a concern if these other platforms can use that as a means to lure TikTok’s users away, rather than just retaining their own users.”

But given TikTok’s monetisation tools and large reach, it will likely have a better chance of holding onto its popular creators, and therefore its users too. “TikTok has built a large and distinct community of users who have established themselves on the platform,” said Malafeev. “It would be unlikely to see them jumping ship to competing platforms unless aspects within the company’s control (changes to feed algorithms, unpopular policies, etc) create problems.”

And TikTok appears more willing to fight back against its competitors than Vine was. Technology blogger Jane Wong leaked on Twitter last week that TikTok is working on an Instagram-style Explore feed:

Tiwari said that at least for now, Instagram and Snapchat are feeling the heat from TikTok rather than the other way around, with TikTok drawing young audiences and marketing spend away from the other social giants.

What Could Trip Up TikTok?

While TikTok might not be sunk by the difficulties Vine faced, the platform is starting to encounter its own set of problems.

“There is one concern around privacy and security that Tiktok is facing currently,” said Tiwari. “I think this is being faced by all social media players across the globe and it will interesting to watch how Tiktok deal with them.” The app was fined $5.7 million earlier this year by the US Federal Trade Commission over its collection of children’s personal information, and is currently under investigation by the UK’s Information Commissioner’s Office for similar reasons. And the app was banned by a court in India, it’s largest international market, due to concerns the app was being used to expose children to inappropriate content (though it was reinstated a week later).

Data worries are also tied in with ongoing international trade tensions, relating in part to fears around China’s government using consumer tech and apps to spy on other countries. Indian MP Shashi Tharoor, one of a group of politicians calling for a national ban on TikTok, recently called the app a “national security risk”. US think tank the Peterson Institute for International Economics meanwhile said TikTok has a “Huawei-sized problem” with data security, referring to the phone-maker which the US government temporarily blacklisted earlier this year.

These problems are significant – SensorTower’s data shows that TikTok’s growth slowed in Q2, thanks in part to the two week delisting in India. TikTok seems unlikely to repeat the mistakes made by Vine, but whether it can navigate the challenges of being a Chinese tech giant in the current climate remains to be seen.