Ad Spend will Grow Next Year, but it’ll be Driven by Inflation Predicts Dentsu

Ad Spend will Grow Next Year, but it’ll be Driven by Inflation Predicts Dentsu

As debate continues over the health of the advertising market next year, agency group Dentsu has thrown its hat in the ring. The Japanese business’ outlook for the industry looks fairly healthy (if slightly lower than other, similar forecasts) at a glance. Dentsu expects 3.8 percent growth in global ad spend next year, with 3.4 percent growth in its top 12 markets (Australia, Brazil, Canada, China, France, Germany, India, Italy, Japan, Spain, UK, US). And in these markets, the agency predicts that all major brand sectors will spend more on advertising in 2023 than they have this year.

But Dentsu says the majority of this growth will be down to inflation in media prices. 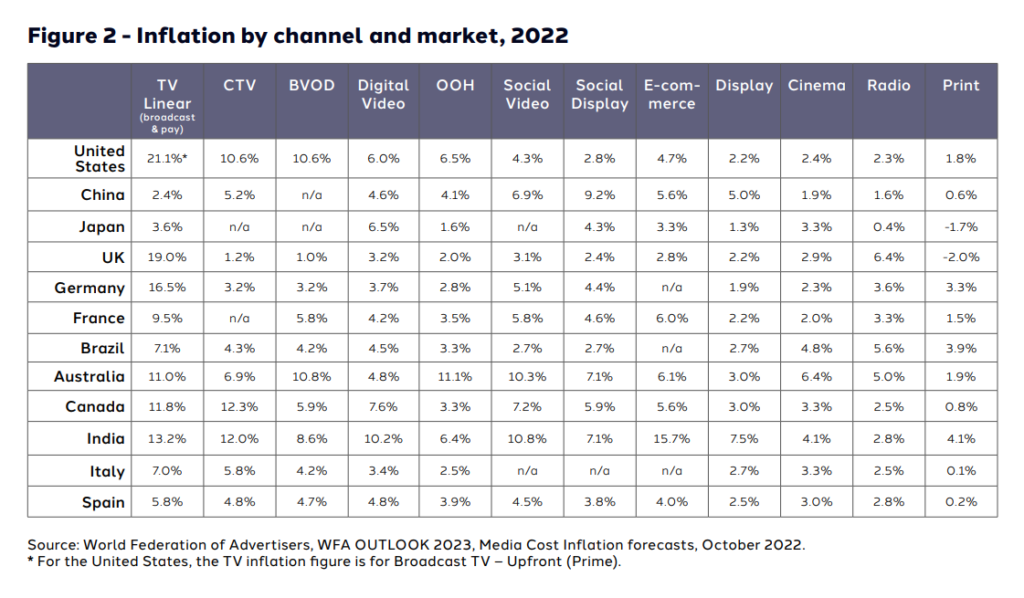 Dentsu expects high levels of inflation to continue into next year, and credits it with the majority of growth overall. In Dentsu’s top 12 markets for example, ad spend at constant prices would be down by 0.6 percent next year, rather than up by 3.4 percent.

Obviously, without media inflation it’s possible that advertisers would spend the same amount, and just buy more media overall with the same spend.

But the distinction is important. In those top 12 markets where growth is expected to be entirely driven by inflation, that means advertisers will actually be buying less inventory overall. If that falls evenly across media owners, the impact on them won’t be too bad – they might sell less inventory, but they’ll get more money for it. But it may well fall unevenly, with advertisers cutting or pausing spend in whichever channels are proving least effective. So even if ad spend overall is growing, we may well see some media owners faring much better than others.

Peter Huijboom, global CEO for media and global clients at Dentsu International, said tough economic conditions will play a significant role in media owners’ decisions. “With the increased
business focus on immediate gains to help ride out this temporary economic slowdown, we should expect to see more performance campaigns prioritised, which in turn will impact the channel mix,” he said. “This is likely to be one of the main reasons we are seeing such strong growth in digital in the short term, taking up a large percentage of all spend in 2023.”

But Hujiboom also expects plenty of appetite for new media solutions, particularly as agencies and advertisers focus more on sustainability. “As we move into 2023, we predict that we will experience the same levels of creative thinking in plans, the emergence of new media solutions and an even greater emphasis on sustainable advertising,” he said.