The Social Notworking: How Meta Botched its Facelift

The Social Notworking: How Meta Botched its Facelift 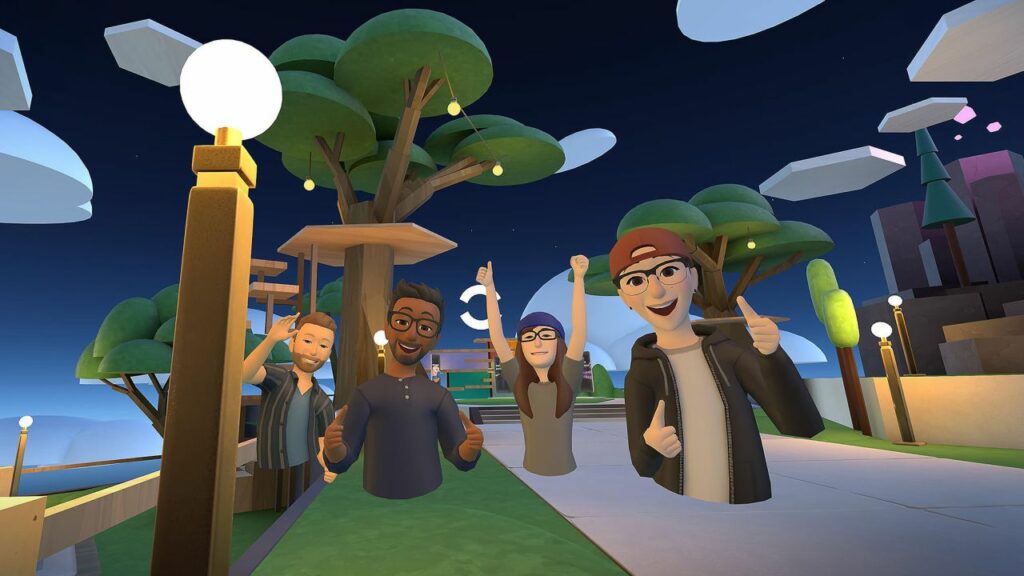 This time last year Meta seemed almost unstoppable. It had a $120 billion advertising business, a shiny new name, and had never meta data privacy fine it couldn’t absorb. Now the social media behemoth is not even in the top 20 most valuable companies in the US. Since changing its name to Meta, the business has lost 70 percent of its value, thanks to a combination of digital advertising slowdown, stagnating Facebook use and multi-billion-dollar investment in loss-making metaverse technology. And while metaverse avatars do not yet possess legs, they do have the ability to point fingers. So what, or who, is responsible for Facebook’s worst financial chapter?

The most obvious culprit is CEO Mark Zuckerberg, whose decision to pour nearly $15 billion into developing the VR metaverse environment has spooked investors – not least because 91 percent of its worlds are basically uninhabited, according to internal documents seen by the Wall Street Journal. Even Meta employees have criticised the usability of the platform, the corporate strategy and Zuckerberg’s leadership, with one anonymous developer declaring: “The metaverse will be our slow death.”

Reports also reveal that Zuckerberg has had to encourage metaverse use among his own staff, many of whom did not own the requisite VR headsets, which cost around $1,500 each. “The cost of metaverse products make it inaccessible to many consumers who have been priced out, especially during the current cost-of-living crisis,” comments Ed East, CEO and founder of advertising agency Billion Dollar Boy.

At best the metaverse is simply not ready yet, and those investments are expected to pay off further down the line; last year Bloomberg Intelligence forecast the metaverse revenue opportunity to approach $800 billion by 2024. But looming recession has cast a shadow over Zuckerberg’s gamble on technology that for now is practically non-existent.

“I would make the argument that there is no metaverse today, just plenty of precursors,” says Tom Mainelli, Group Vice President, Device & Consumer Research at research firm IDC. “Meta’s work in both VR and AR technologies position it to be a major player when the metaverse comes into being. But that could be a decade from now, and it’s not likely to look exactly the way Zuckerberg has envisioned it.”

The strategic gearshift coincided with the departure of Sheryl Sandberg, the COO largely credited with transforming Facebook into the advertising giant we know and fear today. As the public face of the company she became something of a lightning rod for the businesses’ various PR disasters, most notably the Cambridge Analytica scandal. Her public appearances decreased as Zuckerberg took on a more public-facing role, and by June Sandberg was out the door.

“There’s no doubt that Meta needed a change of direction with Facebook experiencing reputational issues and social media platforms facing increased scrutiny over the way they store and use consumer data,” notes Billion Dollar Boy’s East. “But, much like the metaverse, her replacement at the head of the table by an exec team with a very different skillset represents a shift in direction that maybe went too far too fast.”

With Sandberg out of the picture, it fell to investors to warn Zuckerberg about the speed and scale of his switching tracks. Last month Meta shareholder Altimeter Capital issued what East calls “a thinly veiled stab at its metaverse project”, urging the CEO to cut personnel and limit metaverse investment to $5 billion per year. Zuckerberg capitulated and laid off 13 percent of staff, then touted WhatsApp and Messenger as key growth drivers, downplaying the metaverse for the first time.

Again, the extent to which the new venture is to blame for the layoffs is up for debate. East calls the redundancies “an unfortunate consequence of Meta’s over-ambitious metaverse project,” while IDC’s Mainelli argues, “the fact that the cuts seem to be across the organisation seems to suggest that the metaverse investment isn’t a root cause for the action.”

And Meta is not the only tech giant forced to cut its workforce. In August, Snap laid off 20 percent of employees when its revenues were blighted by Apple’s App Tracking Transparency (ATT) policy, which limits the amount of data that tech companies can gather on iPhone users. The changes have hit all the social media companies’ ad revenues to varying degrees, but where rivals are investing in privacy-centric workarounds, Meta has found its resources allocated elsewhere. “Meta’s obsession with virtual reality has meant it has taken its eye off the ball, and its competitors are stealing a march,” says East.

In actual reality, no one is safe from the effects of economic downturn on digital ad revenues – even fresh-faced juggernaut TikTok has slashed $2 billion from its annual sales target. Combined with $10 billion losses expected as a result of ATT, and another $9.4 billion at metaverse division Reality Labs, 2022 represents a perfect storm for the company formerly known as Facebook.

“Meta, like all companies, is operating in a challenging macro environment,” remarks Mainelli. “I’m not sure it is possible to say how much of the stock price decline is directly related to the metaverse spending. But I do think that shareholders are dramatically more sceptical about the metaverse than Mark Zuckerberg is and they are making that feeling known.”

Zuckerberg’s next steps will determine whether he is more interested in saving Facebook, or simply saving face.