How CTV Providers Can Fight Their Way onto Media Plans

How CTV Providers Can Fight Their Way onto Media Plans 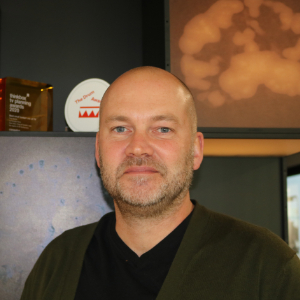 In this role, Mills’ job involves weighing up the value each potential channel within each of these categories brings to the media mix, both as a standalone buy and when combined with other media.

VideoWeek spoke with Kieren to hear where CTV fits into this equation, what CTV app owners can do to make their inventory more attractive, and Total Media’s approach to measurement.

Through all the industry excitement around connected TV advertising, it’s important to take a temperature check every once in a while of how big of a priority it is for media buyers. And for Kieren Mills, Total Media’s new head of broadcast, whilst “gaining in importance”, it’s still more of a “nice to have” than anything else.

“In terms of broadcast, the numbers speak for themselves, it’s not massive in the UK,” says Mills. “CTV as it stands is not going to make or break my clients’ campaigns. The question is: what’s going to get it on the schedule versus X, Y, or Z? What’s it going to bring to the party?”

As head of broadcast, Mills works with video and audio inventory wherever it appears, comparing the relative benefits and merits of each channel using Total Media’s behavioural science-based approach.

In this context, newer channels like CTV need to prove their worth. Mills says for CTV providers, this will usually come down to reach, data, price, or a combination of the three.

In the UK, CTV doesn’t yet have enough generic reach to be a must-have on a media plan, but that could quickly change. Viewing on the broadcaster-owned apps continues to rise, and even smaller providers could see rapid increases in viewership as consumer adoption of CTV devices and TV sets grows. Alternatively, scale through collaboration or through third-party programmatic suppliers could make inventory more attractive.

This, of course, partly depends on a brand’s audience. And in some cases, brands can benefit from their competitors moving towards CTV too quickly.

“Some of our clients are targeting over 55s, so they need a bespoke strategy for how to handle that transition to CTV, they don’t need to be at the forefront of that shift,” says Mills. “If a competitor wants to move to 100 percent digital, because of how the advertising world might look in 5 years’ time, that’s great! Whilst keeping an eye on the future, we’ll maintain the traditional heartland, plan the optimum strategy based on the video world as is right now and deliver share of market gains above share of voice.”

Quality data can be a big sell too. Mills mentioned the ability of smart TVs to provide incremental reach to linear campaigns, or the likes of Amazon to tie in shopper data, as particularly interesting. Any measurement data which can prove the impact of a CTV campaign, how it works in conjunction with other video/media or cost-effective bespoke audience targeting will also help secure a place on a media plan.

“If you don’t have either of those two things, it comes down to price,” says Mills. “Do you drop your price enough to get on the schedule? Obviously that’s not where anyone wants to be playing, but if you don’t have the reach or the data, that’s where you’re battling.”

Of course, a lot of new CTV inventory is entering the market via the introduction of Netflix and Disney+’s ad-supported tiers. How do these providers stack up against those criteria?

For a start, they are coming in very high on the price spectrum, and at launch don’t appear to have a particularly sophisticated data offering.

We don’t know much about the reach of their ad-supported tiers yet. But at least in terms of the types of audience they reach, they could prove useful. Everyone knows you’ll have households you can’t reach with traditional TV but which are signed up to Netflix, so you know it’s going to provide unique reach,” says Mills, “we just need to be able to quantify this”.

But it’s also the content itself, which has strong pull not just with audiences, but with advertisers themselves too. Essentially, some brand marketers will likely be enamoured with the idea of advertising on these services regardless of their real value.

“Obviously Netflix and Disney offer incredible brand safe environments, and their content is providing a lot of those water cooler moments nowadays,” says Mills. “And if I’m talking to, say, a marketer of a certain age, the idea of getting their brand next to Stranger Things will be a real buzz for them.”

The fact that Netflix has now signed up for third-party measurement should make it easier to demonstrate its true value. But there’s still a long way to go – not just for Netflix and Disney, but for all operating in the space – to get measurement to where it needs to be, both for measuring overall reach, as well as metrics which align directly with clients’ goals.

“We are in a golden age for TV content, but not necessarily for TV advertising,” says Mills. “Sometimes I look back to the start of my career when Coronation Street could do a thirty five rating, it was nice and simple! The measurement wasn’t there but you could clearly see the long- and short-term business effects of a TV vs non-TV advertiser.”

“Overtime, the video market became increasingly fragmented and complex to evaluate and the improved data capabilities haven’t offset the loss of reach,” Mills adds. “We will never get back to the days of 35 ratings in one spot but with a more collaborative measurement approach from media owners and future improvements in data and reporting, in time we could be looking at a new golden age of effective video advertising.”

In the meantime, Total Media uses its own measurement techniques to fill in gaps left by third-party measurement providers.

“One of the reasons I joined Total Media is its behavioural science background,” says Mills. “We’ve got eye tracking, we’ve got galvanic skin response technology – all sorts of tools to understand how people are really feeling when they’re watching advertising vs what they say. And by understanding the value of attention and the impact of different formats, that really helps us understand the value every different channel and partner provides beyond just reach and frequency.”