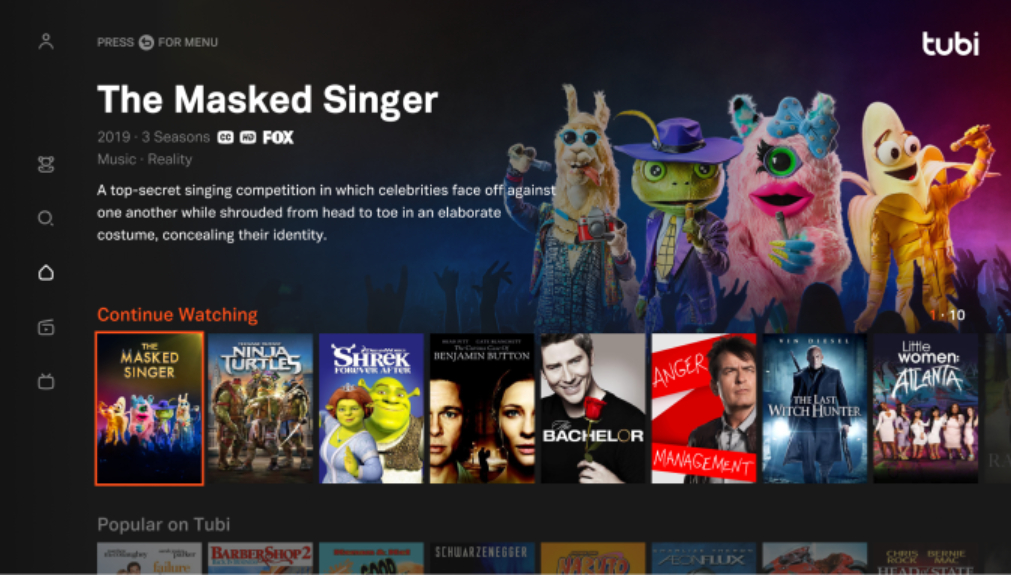 The company said Tubi revenues reached $165 million, significantly contributing to Fox’s 8 percent growth in ad revenue. The boost was driven by 53 percent increase in total viewing time (TVT) on Tubi, which reached an all-time high 1.3 billion hours across the quarter.

Murdoch noted the benefit of the free AVOD model in an economic climate that has already taken its toll on paid streaming subscriptions. “I think particularly in an environment where there is potential economic stress in households, having a free service is a great position to be in,” he said. “I think Tubi will benefit from any economic chills that the people might feel.”

Tubi or not Tubi

Insulated as he might be from the cost-of-living crisis, the Murdoch heir’s comments reflect the consumer shift towards ad-supported streamers in the US, where one third of households now watch an AVOD service in any given month, according to Ampere Analysis.

“In addition, the US is one of the most advertising tolerant markets,” adds Hannah Walsh, Research Manager at Ampere. “Nearly 50 percent of consumers agree that they would be willing to see more advertising if a service was made cheaper, opening a great opportunity for FAST channels.”

With Tubi already outpacing Q3 at nearly 40 percent revenue growth, Murdoch forecast “a continuation of that momentum” in Q4. But whether the platform can withstand broader economic downturn in 2023 is unclear. Ampere’s Walsh observes that CPMs are typically higher on AVOD services than linear TV, which could put FAST advertising at risk of being reduced.

The arrival of Disney+ and Netflix’s ad-supported tiers places further question marks over the FAST model’s future. Murdoch called Tubi “the largest library available in the US with 48,000 titles, which by the way is five times the Netflix library,” but called the level of investment “very modest” compared to the SVOD companies.

For Walsh, this quantity-over-quality approach is something of a double-edged sword: “While on one hand not investing highly in original or exclusive content could potentially mean they are more stable in terms of revenue return, it’s that same lack of premium, exclusive content that will be pushing consumers towards SVOD services.”