Why Brands Should Look Beyond BVOD, YouTube for CTV Opportunity

Why Brands Should Look Beyond BVOD, YouTube for CTV Opportunity 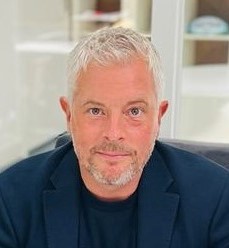 During the pandemic, TV advertising agency Media𝟷5 launched a sister company specifically focused on CTV. Two years later, Media𝟷6 has more than 65 channels with over 25 CTV brand partners in the UK and is now expanding into Europe.

In a CTV landscape dominated by YouTube, advertisers often see the Google-owned video platform as their first port of call. But are brands missing a trick by ignoring more advertising-led channels? And does the rise of FAST stand to disrupt that dominance?

VideoWeek spoke with Media𝟷6 founder Joe Evea, covering the potential of CTV targeting, the limits of programmatic, and the role of contextual advertising for engaging passionate audiences.

How has Media𝟷6 evolved since launch?

We launched Media𝟷6 in 2020 during the pandemic, so having the support of our sister company and the talented team at Media𝟷5 has been invaluable. The strong heritage of the business, and its profile within media agencies, gave us a foundation to grow as a CTV advertising sales house. Crucially it provided us with access to the AV buying teams at media agencies, many of which have responsibility for buying CTV, which gave, and still gives, an advantage in a market which is increasingly dominated by programmatic sales.

We partner with over 25 CTV brand partners in the UK across 65 channels. We’ve expanded into Europe; we’ve developed our own ad server and we’ve built a CTV specific attribution measurement service in partnership with a leading TV research company.

We’ve also expanded our team to ensure we provide a personal approach in what is fast becoming a commoditised environment.

We have several channels which offer access to a very passionate and highly attentive audience, our ambition is to work with endemic brands looking to reach specific people, or fans. As an example, we have one channel dedicated to snowboarding and as such our ambition is to fill this channel with brands looking to speak directly to snow and ski enthusiasts. I don’t believe the market is mature enough for this vision to become a reality yet, but that is our aim as a business over the next couple of years.

Some believe the growth of addressable TV and CTV will see TV advertising becoming more driven by personal data – but Media𝟷6 is leaning on contextual advertising. Do you think personal data has a role to play, or is content (and context relating to that content) the way forward?

The CTV market is rapidly evolving. When we launched we spent the first few months just explaining what CTV was to advertisers and their media agencies.

Now, with more than 65 channels and counting, we are required to share a deeper understanding of the types of audiences watching our channels and as such have spent time working directly with the channel owners, investigating the behaviours of these audiences.

Our belief is that if we allow advertisers to engage with these passionate, niche and hard-to-reach audiences, much like they do with specialist magazines or websites, they will generate brand awareness, brand affinity, brand consideration and ultimately sales.

Of course, the more we know about an individual watching a channel, the more targeted we can be, but, beyond addressable TV, I don’t think the CTV market is quite there yet, especially as there is a lack of one distinct measurement system. For now, context continues to play an important role, particularly due to the deprecation of third-party cookies.

There’s a perception still in Europe that most buyers only really look at broadcasters and YouTube when they’re buying CTV – do you think that’s the case? If so, what are these buyers missing out on?

Broadcaster VOD (BVOD) and YouTube represent unparalleled scale and reach for advertisers, but you’re ultimately going to hit a diminishing curve, which is where we come in with a complementary offering that can deliver increased ROI.

Regarding BVOD, we offer highly engaged, passionate audiences who are light TV viewers so it’s our job at Media𝟷6 to help advertisers understand how to speak to that audience within a specific channel or environment to complement their BVOD spend.

YouTube is huge and niche at the same time, and it’s a very powerful tool. However, ads are seen as secondary on YouTube, they tend to be skippable, and I’d argue that they’re not part of the fabric of the experience. Whereas when we’re selling our channels on a FAST platform, they work exactly the way linear channels do. Viewers have an expectation that there are going to be ad breaks and they understand the role those ad breaks play and are more likely to engage with them. As such, there are more opportunities for brands to stand out and get their full ad seen in the right environment.

Our experience suggests that there’s a high level of engagement on all advertising that is shown across CTV. I’d suggest it combines the best of both worlds – the traditional TV experience and high-quality broadcast content of linear television, alongside the measurability and scale of YouTube.

How big of a role do you think programmatic trading could/should be playing in CTV?

Programmatic trading will continue to be an integral part of the fabric of advertising, particularly of digital advertising. It gives buyers access to different audiences across premium publishers and reseller publishers at the same time, giving them the freedom to be able to measure, optimise and create more bespoke deals at scale across a huge number of publishers.

It is, and will continue to be, an essential part of our business but it’s also critical for us to have direct conversations. CTV offers a unique opportunity for brands with premium ad copy to speak directly to their target audience in a cost-effective way with barely any wastage and we need to tell this story.

Also, because of the viewing experience, particularly on FAST, our team delivers the personal touch to explain: the nature of the ads that are running, the way in which the ad breaks work and the alignment with linear TV. This isn’t necessarily happening with programmatic, and as a result, viewers aren’t always getting a good ad experience. There’s a role for both.

How easy is it to measure outcomes in CTV environments at the moment, and what challenges still need to be solved in this space?

I would say pretty much every other medium has measurement in place and CTV doesn’t. That is an obvious problem and there are various companies and people looking into solving that, including BARB.

From our own research conducted across several our campaigns, the measurement outcomes have been hugely positive. Looking at cost per acquisition for brands that are trying to either attract a customer to their website or encourage them to purchase a product across the board, customer acquisition versus TV has proven to be between three and four times cheaper through Media𝟷6.

We have also found that light TV viewers are more likely to engage with an ad if it’s relevant for them. Using companies like Adalyser and TVSquared, we’re able to produce that kind of information in terms of brand feedback and we’re working on evolving this.

How big of an issue is fragmentation in CTV (in terms of platform and access points) for publishers and buyers nowadays?

The major issue for our CTV partners is how to stand out as a channel when there is such a plethora of choice. Whether you’re an app on TV, on someone’s phone or web based, unless you have a very hefty marketing budget, or extremely well-known brands, it’s very difficult to cut through to the consumer.

If you’re a channel on a FAST platform and on an EPG it’s easier, largely because the EPG has a finite number of channels and tends to be the first thing people see when they turn on their Connected TVs. The world of web and app-based content however tends to be convoluted, fragmented, and very difficult for channels to gain traction. And subsequently, their value as an advertising platform is diminished. Media𝟷6 exists to help address this issue by providing a single access point for advertisers. We can help reach their target audiences at scale or select the right solution by channel or programme with our CTV partners.